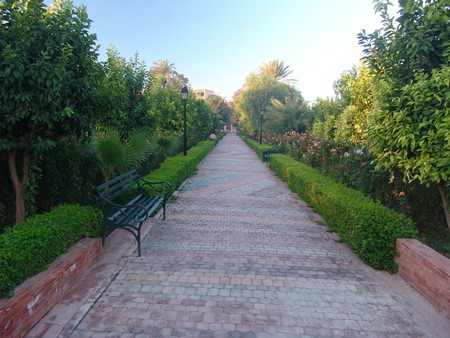 Marrakech is applauded for its rich heritage and abundance of beautiful buildings, but it can also be a great destination for active fans of the great outdoors. Get your blood pumping and go for a jog (or scenic stroll) in one of these lovely locations.

Around the medina walls

Marrakech’s ancient medina is a twisting maze of narrow streets and tiny alleys, with many people, bicycles, scooters, and donkeys making running through the medina almost impossible. It would definitely not be a peaceful experience! The outer medina walls, however, could be a great choice for keen joggers. The high sand-coloured walls that encircle the medina stretch for around 20 kilometres. Wide paths run most of the way around the walls, providing an easy loop for runners to follow. There are also plenty of gates and openings in the walls that allow you to cut back into the medina if you don’t want to run the entire circuit. 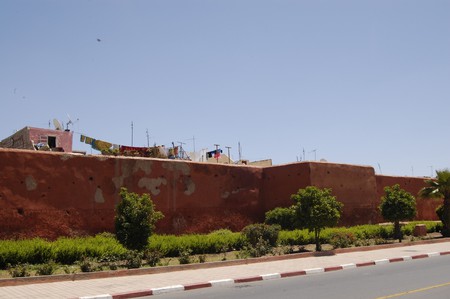 Located in the newer area of Gueliz, the wide Boulevard Mohamed VI is a popular spot for sports enthusiasts. It stretches for around seven kilometres and there is a wide paved traffic-free area that runs down the middle of the boulevard. Ornamental fountains add to the aesthetic appeal, and there are numerous benches where you can stop for a rest if required. Visit in the mornings or evenings, when the temperatures are cooler, and you’re sure to spot other sports enthusiasts taking a stroll or enjoying a jog.

In the Menara Gardens

The tranquil Menara Gardens have a number of paths and dirt trails leading through the trees and around the pool. The leafy trees also offer plenty of shade to help combat the sun, though, as with most running routes in Marrakech, avoiding the hottest time of the day is recommended. The choice of trails means that you can make your workout as long or as short as you like. 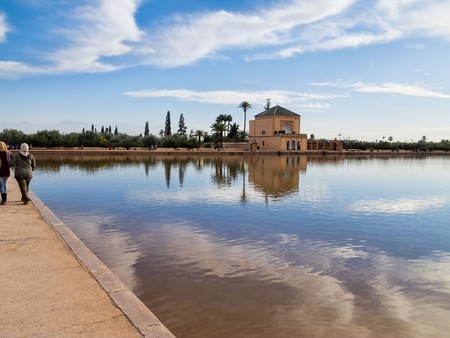 The wide Bab Jdid – Menara Road is a perfect place to avoid the hustle and bustle of Marrakech on a run. Covering a distance of just over four kilometres and running along one side of the lush Oliveraie, set off from Bab Jdid (also known as the New Gate) to reach the peaceful Menara Gardens. The views of the Atlas Mountains in the distance provide a wonderful distraction as you pound the pavement. You can either double your run, returning to the heart of the city by foot, or you can jump in a taxi or calleche to bring you back to the medina.

Also known as Moulay Abdessalam Park, the large Cyber Park is another of Marrakech’s pretty parks and gardens that is ideal for people looking for a pleasant spot to exercise. Tall palm trees provide plenty of shade, and there are also orange trees and low shrubs throughout the park. The park covers eight hectares and there are different routes to choose between. 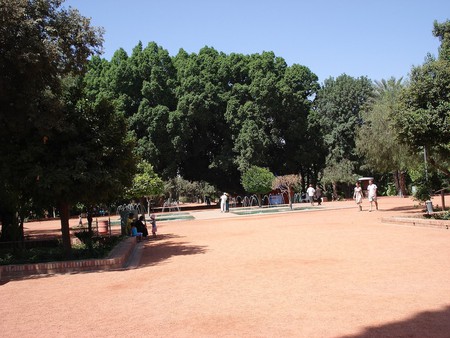 The Palmeraie is a scenic place for a run, with tall palm trees to admire, a peaceful atmosphere, and good facilities if you want to rest during or after your run. Run past camels sitting next to the flat roads and soak up the vistas over the golf course. A suggested 12-kilometre route starts close to Douar Abiad, before leading south along the Route des Jardins de la Palmeraie. Cut across after the road leading to the Hotel Tikida to reach the road that runs almost parallel with the Oued Issil River. Run north until you meet the Route des Jardins de la Palmeraie again, and loop back around to where you started from. There are several opportunities to go off-road running too for slightly more challenging terrain than tarmac. 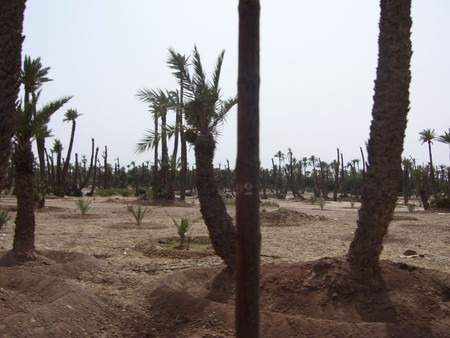 Route of the Marrakech Marathon

Experienced runners who are feeling truly energetic might like to attempt running the route of the annual Marrakech Marathon. If you’re not keen on covering the entire 42-odd kilometres, you can opt to follow just part of the run for a less strenuous experience. The route begins on Avenue de la Menara and it includes locations like the Menara Gardens, Agdal Gardens, and the Palmeraie, before finishing almost exactly where it began.

Route of the Marrakech Half Marathon

The yearly Marrakech Half Marathon starts at the same place as the full marathon, with competitors following the same route for the first 29 kilometres. At Kaa El Mechra, however, those taking part in the Half Marathon change direction to loop back to the starting point in Hivernage, passing by Bab Doukala gate.

Around the perimeter of the Oliveraie

The Olivereraie is a large olive garden in Marrakech. Bisected by the sweeping Boulevard Mohamed VI, you can run in an almost perfect square around the perimeter of the olive groves. Paths are generally quiet, though you will encounter some busy areas. Start at any corner of the gardens and follow the park’s border, crossing Boulevard Mohamed VI twice, to return to where you began. The square route covers around five kilometres. 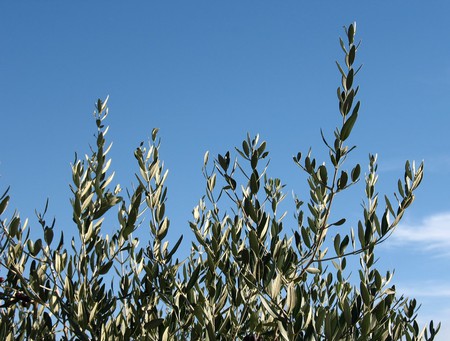 Along the Road of Royal Golf

A shorter run of just over one and a half kilometres, start at the Museum of African Contemporary Art G Maaden – Macaal and follow the scenic and quiet Road of Royal Golf to the intersection with Avenue Tassiltante, at the side of the Agdal Gardens. Alternatively, for a longer, looped run, you can continue north along Avenue Tassiltante and then turn along Avenue Al Mssalla, following the road across to meet with Avenue Al Oued and running south back to the starting point.

Additionally, there are several organised races in and close to Marrakech throughout the year. As well as the previously mentioned Marrakech Marathon and Marrakech Half Marathon, there are two annual events that take place in the striking Agafay Desert. The 12-kilometre-long Agafay Full Moon Run takes place each year during Ramadan (dates vary from year to year). The other event in the Agafay Desert is the Nomad’s Run, which can be varied in length according to personal preferences and can also include a combination of running and cycling. Combining slopes and flats, it’s a challenging race in gorgeous lunar-like surroundings. The Morocco Race starts on the outskirts of Marrakech, close to Terres d’Amanar adventure park. Held each November, there are four distances to choose between: 10, 25, 65, and 95 kilometres.