10 Moroccan Photographers You Should Know 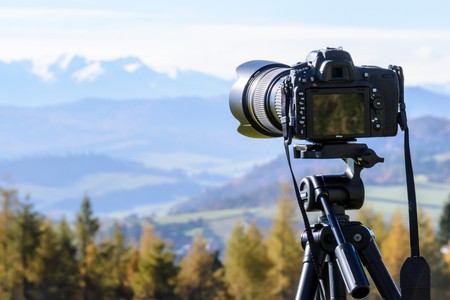 Morocca has a blossoming art and photography scene | © Pexels

Art is everywhere you look in Morocco – from beautiful architecture and stunning tilework to street art in cities like Marrakesh, art galleries, and ornate hand-crafted goods. Photography is another art form that Moroccans do well, as this list of Moroccan photographers highlights.

Though born in Paris, Leila Alaoui was Moroccan through parentage, born to a French mother and a Moroccan father. She grew up in Morocco’s Red City of Marrakesh, where she took a keen interest in social injustices towards migrants. Having studied photography in New York, she returned to Marrakesh and sought to use photography as a tool to draw attention to the plight of migrants and displaced people, as well as cultural issues. Projects included photographing displaced Syrians, and refugees in Lebanon. A keen social activist whose work opened the world’s eyes to several issues, Leila Alaoui was killed in a terrorist attack in Burkina Faso at the age of 33, while working on an assignment related to women’s rights.

Born in the northern Moroccan town of Larache, Hassan Hajjaj moved to London in his younger years. He now lives and works between the UK and Morocco. Initially a contemporary artist, often said to be the Andy Warhol of Morocco, he took a greater interest in photography in the 1980s. His images are typically vibrant and eye-catching, often including clothes that he’s designed. His specialty is portraits, including posed pictures of people he knows and strangers on the streets. His work blends modern fashion and pop art, with the wider goal of showing how traditions are affected by branding in a world of capitalism. His art can be found in galleries around the globe, including the Los Angeles Museum of Contemporary Art, the Victoria and Albert Museum in London, and the Brooklyn Museum in New York.

Born in Casablanca, Laila Hida is a self-taught photographer who now lives in Marrakesh. She founded Le 18 on Derb el Ferrane, a space for alternative arts and culture in the heart of the old medina. Her photography work began with disused factories and old industrial buildings, altering the pictures to create striking surrealist images. She progressed into taking staged portraits. Her other interests include cultural and social activism, including the role and rights of women, and equal education opportunities.

Achraf Baznani’s photography forte is surrealist images. Born in Marrakesh, he mainly uses himself in his experimental photography to create some amazing visual works. Drawing inspiration from people around him, Baznani seeks to take the viewer from the real world to a dream-like place through his images. Using programs like Photoshop, he transports himself to a world where everything is larger than him, with some dazzling effects. His pieces include him sitting inside a light bulb, standing next to a large, stuffed rabbit, and walking on a tightrope that is threatened at both ends.

Daoud Aoulad-Syad is a Moroccan photographer and filmmaker. His work seeks to bridge the gap between truth and fiction, with an emphasis on fairground arts and popular cultures. Nostalgic themes are also prevalent and some pieces ask questions about variations and changes in Moroccan society.

Born in Casablanca, Lamia Naji now splits her time between Morocco and Madrid, Spain. Her photography has been displayed in North Africa and Europe. With a focus on people, she shoots in both colour and in black-and-white. Much of her work contains political messages, while her work on the Moroccan coastal city of Essaouira and the Gnawa people is especially striking. She is recognised as one of the country’s leading contemporary photographers and some of her collections have won awards.

Hicham Benohoud is a contemporary Arab photographer who was born in Marrakesh and lived in Paris for a number of years. He is known for his staged portraits of people from around the world. He also sometimes does self-portraits that explore individuality, self-perception, and identity. His series Inter-Version, from 2010, is interesting for its use of digital effects, and Half Couple, from 2004, is a rather squeamish set of naked shots with various objects stuck to the body.

Born in the late 1980s in Morocco’s Tangier, Hicham Gardaf first became interested in photography when working as a bookseller. The photography books he kept finding piqued his interest in the art. He started taking photographs around his neighbourhood, and today produces both colour and monochrome works. He always uses film and mainly takes pictures of places around Morocco. Some of his work was part of the permanent collection in the Museum of Marrakech for Photography and Visual Arts before the museum closed.

From people and places to animals, food, and restaurants, Allal Fadili snaps pictures of anything and everything Moroccan. Seeing the world through the lens of this Moroccan photographer is a great way to get insider insights into Morocco itself. His candid shots of Moroccan people are especially captivating, while his landscape photography is enough to inspire anyone to take a trip to the North African nation.