A Complete Guide to Mauritius 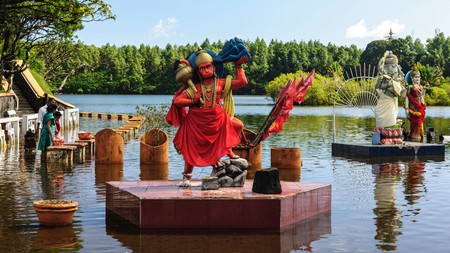 Mauritius is known for its white stretch of sand and crystal-clear turquoise lagoons. But this tiny island in the Indian Ocean is so much more than just a beautiful destination.

An independent state since 1968 that’s home to European, Indian, Chinese and African descendants, Mauritius was once occupied by the Portuguese and Dutch before being colonised by the French and British. This colourful history is felt across all aspects of its culture – from its music to its architecture and cuisine. Here’s your guide to uncovering it all.

The music scene of Mauritius

Rhythmic and lively, Sega is one of the main music styles along with zouk, reggae and soukous that you’ll hear as you roam around the island. This genre is distinguishable by its upbeat sound with instruments like ravanne (similar to a tambourine), kayamb (a flat maraca) and triangle used throughout. Once created by the slaves who were brought to the island, the music is often sung in Creole and accompanied by a dance. 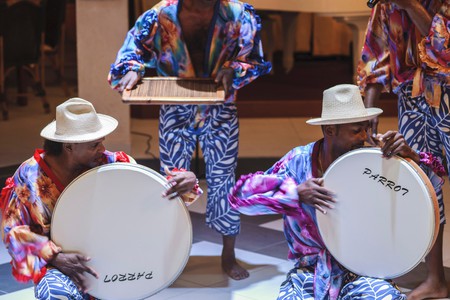 The ravanne is a tambourine-like instrument heavily used in Mauritius, and the kayamb is a flat maraca | © Lebrecht Music & Arts / Alamy Stock Photo

The culinary landscape of Mauritius

Mauritian food is a fusion of Chinese, European and Indian cuisines, often combined to create unique flavours. Popular foods with locals are gateaux piments (chilli cakes made from crushed dal grains and spices) and samosas (baked or fried pastry with a filling of your choice), which can be ordered from nearly any street vendor. To best enjoy the gateaux piments, have it the Mauritian way: fried, in a loaf of bread and with lots of cheese.

Elsewhere, visit Grand Baie in the north of Mauritius or its capital, Port Louis, to tuck into everything from Indian samosas to French pastries and Chinese noodles. 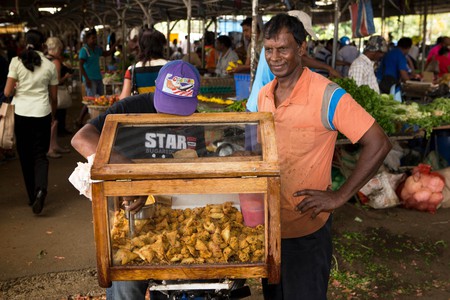 The holy sites of Mauritius

For the best kind of history lesson on Mauritius, start at the Jummah Mosque in Port Louis, which was built in the 1850s, combining Creole, Indian and Islamic influences. Meanwhile, to learn about the Chinese settlers, pay a visit to the Chinese pagoda Kwan Tee, which was built in 1842 for Chinese soldiers. Finally, end your exploration with a trip to the most popular Hindu temple in Mauritius: Ganga Talao, also known as the Grand Bassin Temple. All three sites tend to get crowded as people pour in every year for religious reasons. Consider conservative dress, as these are active temples of worship. 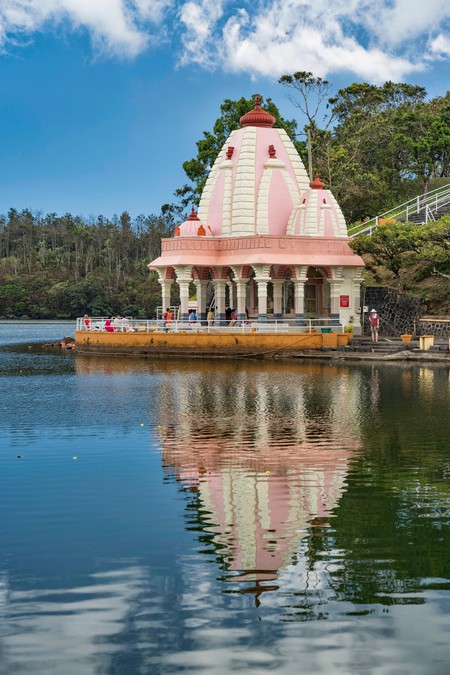 Being a tropical island, surfing, kayaking, waterskiing and paddle-boarding are activities you have to try. Alongside these, discover Mauritius’ natural landscapes away from the beach, too. Hiking is a fun way to go about this, as you can climb up to the most breathtaking of views wherever you are in the island. From certain hills, like Le Morne Brabant Peninsula in the southwest, you’ll be able to see the ocean. Le Pouce, on the other hand, yields spectacular city views. Visit the Seven Cascades trail in the Rivière Noire District for hiking by the waterfalls and strolling through the woods. 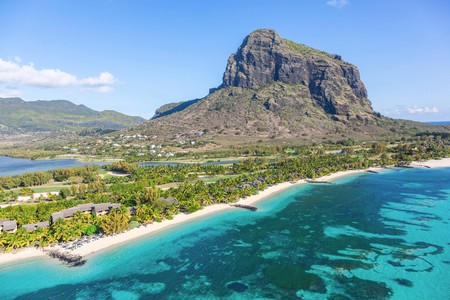 The volcanic sites of Mauritius

There are four main volcanoes in Mauritius: Trou aux Cerfs, Trou Kanaka, Bassin Blanc and Grand Bassin. It’s thought that they have each been active over the past 700,000 years. With its deep crater and cone, the dormant Trou aux Cerfs is a good hiking spot, offering amazing views of the island. Also referred to as “Murr’s Volcano”, the green sanctuary is popular among joggers thanks to its gigantic jogging park that’s filled with runners every morning. 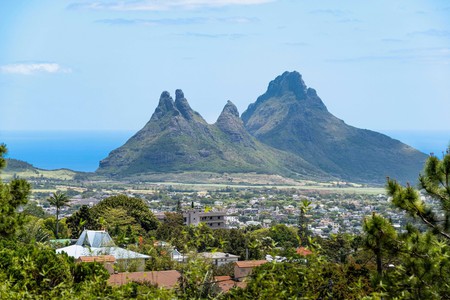 Another volcanic site can be found in the village of Chamarel in the Rivière Noire District. The geological formation is an impressive tourist attraction surrounded by endemic plants, tortoises and a waterfall. The striking dunes are made up of decomposed volcanic rocks that are separated by seven distinct colours.