The Top 10 Best-Kept Secrets of Mauritius

Traditional shop|© carrotmadman6/FlickR
With Mauritius welcoming as many tourists as the local population itself, it’s getting increasingly difficult to lay your eyes on the true gems of this island. We know too well the disappointment of proudly snapping that apparently unique view only to find out that you’re the millionth one in line. Well, things are about to change with this precious top 10 to the island’s ultimate treasures. Trash that guidebook away and follow us off the beaten tracks!

Picture yourself staring at the horizon and all of a sudden, a bridge protrudes right under your feet. This is nature’s way of giving you that VIP seat you’ve been longing for all your life. The Pont Naturel (Natural Bridge) is a piece of volcanic rock that has been carved by the beastly waves, resulting in a cavity in the middle. The sea beneath, thriving with lobsters, fish and sharks, will leave you covered in salty mist! 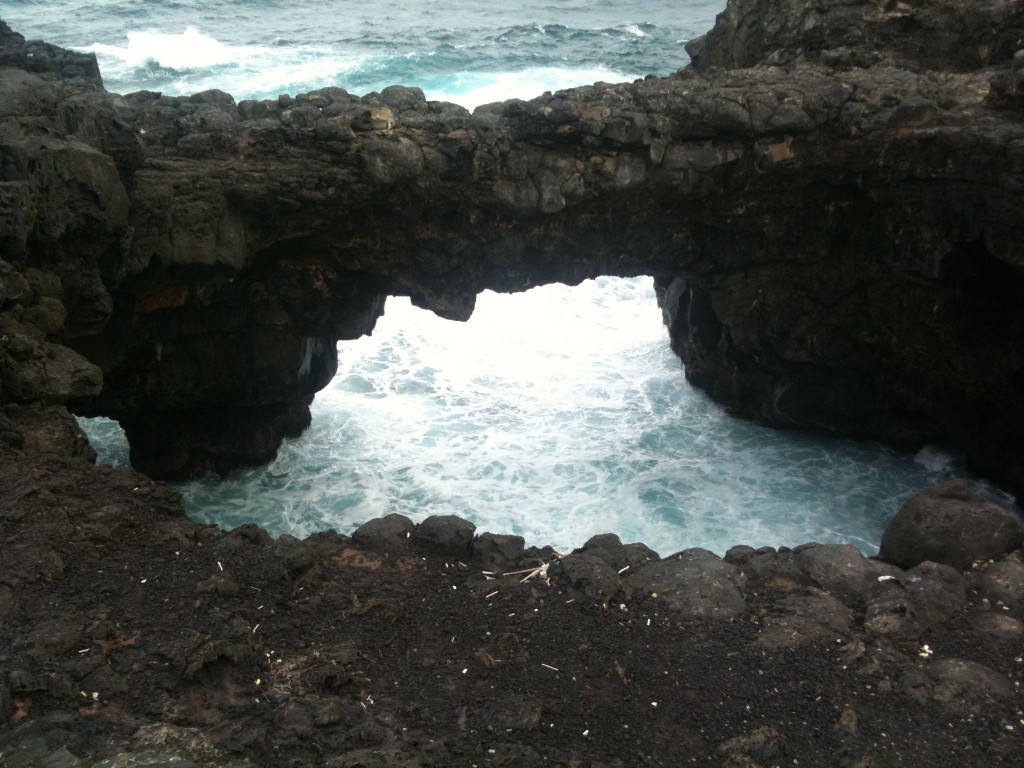 Time to get below sea-level to discover the treasures Mauritius jealously keeps. A boat takes you to a very secret location off the eastern coast, known only to some locals. Equipped with a special see-through mask, you are invited to walk on the seabed, 5 metres deep, encountering hundreds of marine species. Due to its exclusivity, this activity does no harm to corals. Another option is to have a sumptuous lunch under water! 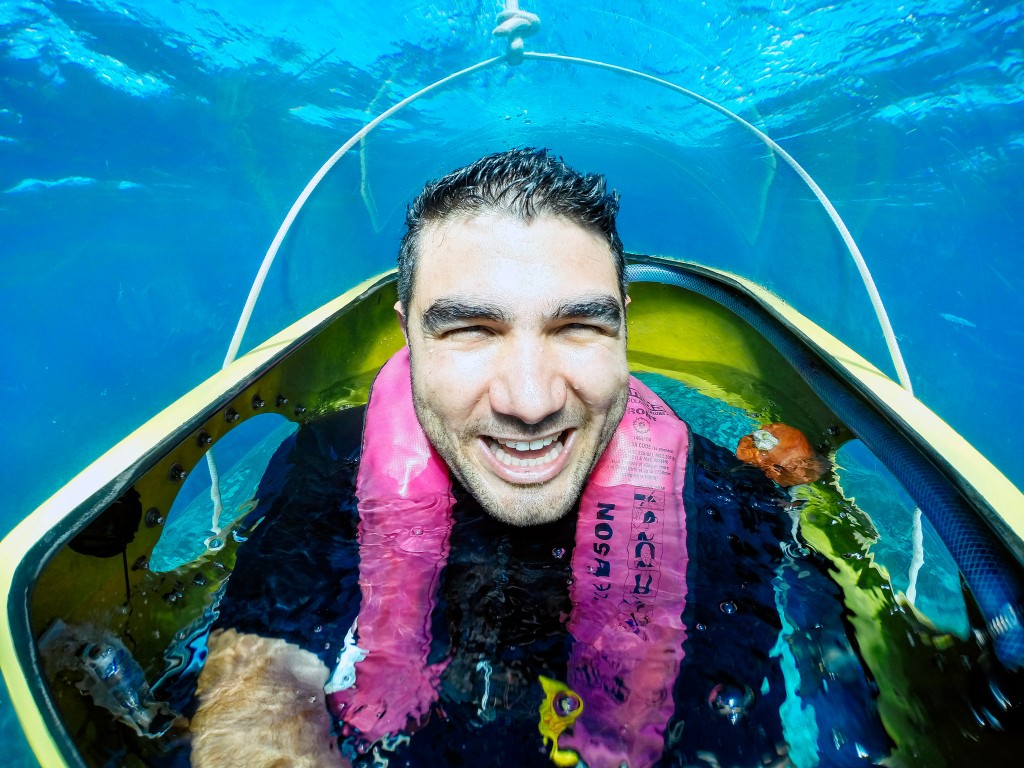 Walk Under Water | © The Travel Manuel/Flickr

A 5 hectares islet at the entrance of Grand Port, it is recognisable by its fortification and lighthouse. A vestige of Napoleonic wars, the building is now being revamped by the local authorities. While one side of the islet has smooth contours with a few granules of sand, the rear end goes into the abyss. Embark on a ship from Mahebourg to visit this little rock. Chances are that you may be the only ones visiting on that day! 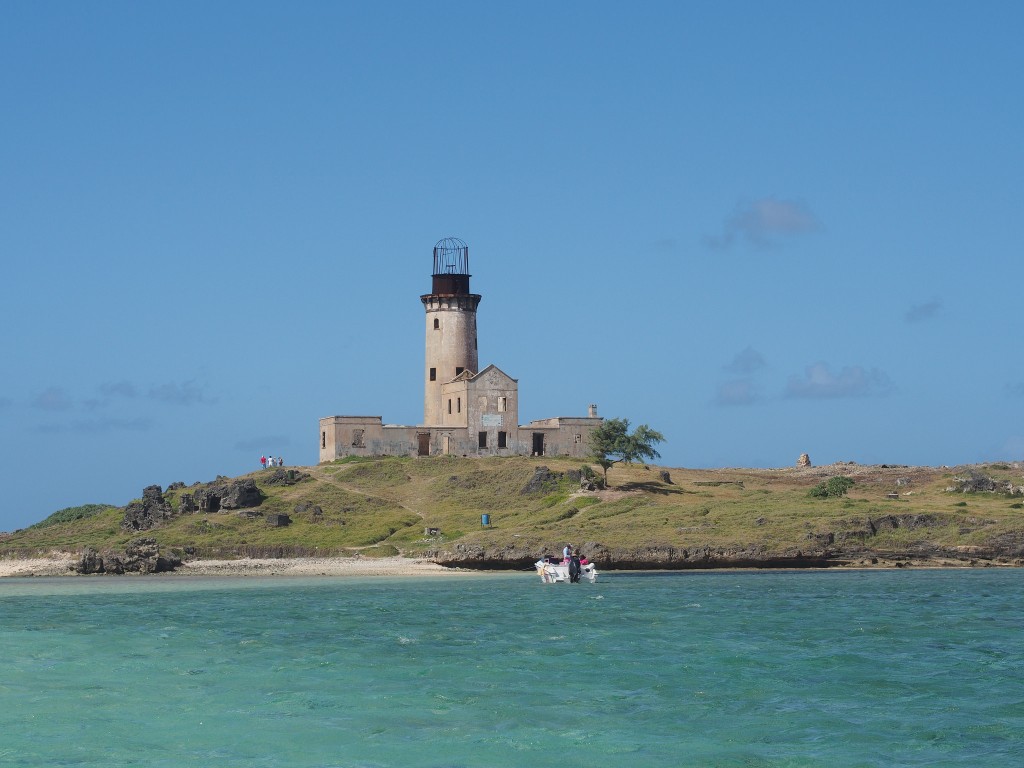 This 1774 building is still unknown to many locals for it was only recently opened to the public. Situated on a 540 hectares private property, in the north of the island, its richness in plants and foliage is unequalled. Home to many exclusive events, it is the perfect place to get out of the crowds and observe the true beauty of Mauritius. Vanilla plantation and an orchard can be found on site. 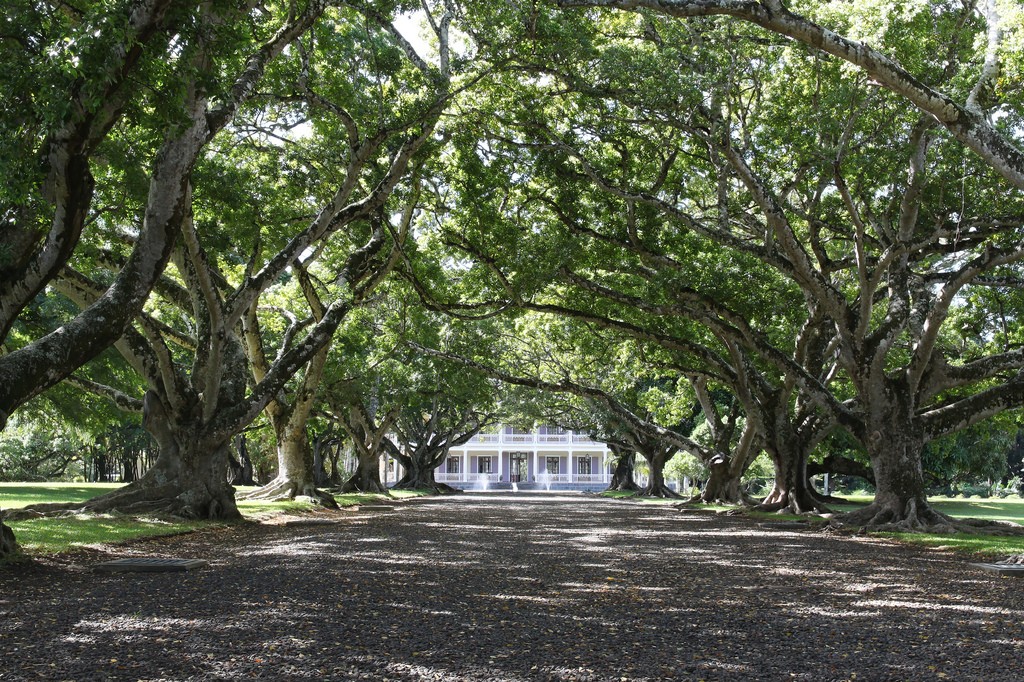 Now off to the East coast to discover a very very private beach which is open to the public. Poste La Fayette (not to be confused with the neighbouring village of the same name) is an unspoiled beach, with a rocky coastline. However, a few oases exist on this stretch of sand, making for an undisturbed day by the crystal-clear sea. Pop open that perfectly chilled beer and unwind as much as you want!

Insider tip: We recommend staying in the shallow parts of the sea for sharks are often sighted on this part of the island. 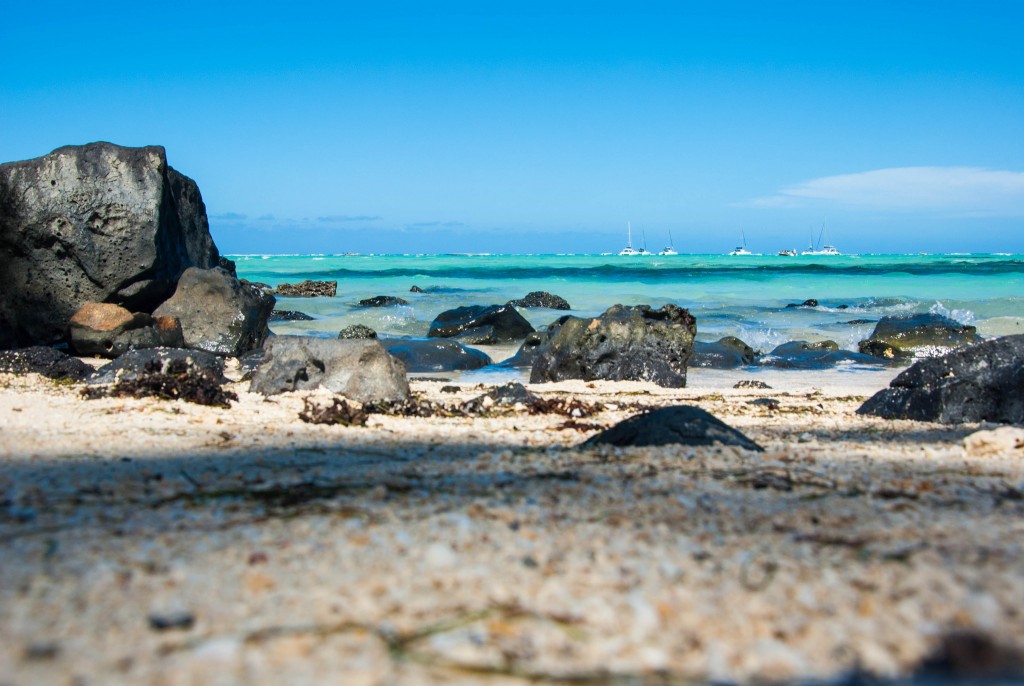 Hell yes! Mauritius is home to Ella and Benjamin, two white rhinos from South Africa. In the aftermath of their respective parents’ poaching, they were brought to Casela, on the West coast of the island. There, a sanctuary has been set up to boost their chances to produce offspring. Still teenagers, they enjoy running and playing in the mud. Private encounters can be arranged in the morning where you can feed and caress the rugged skin of these lovely creatures.

Insider tip: Ella and Benjamin enjoy being stroked around the eye area. 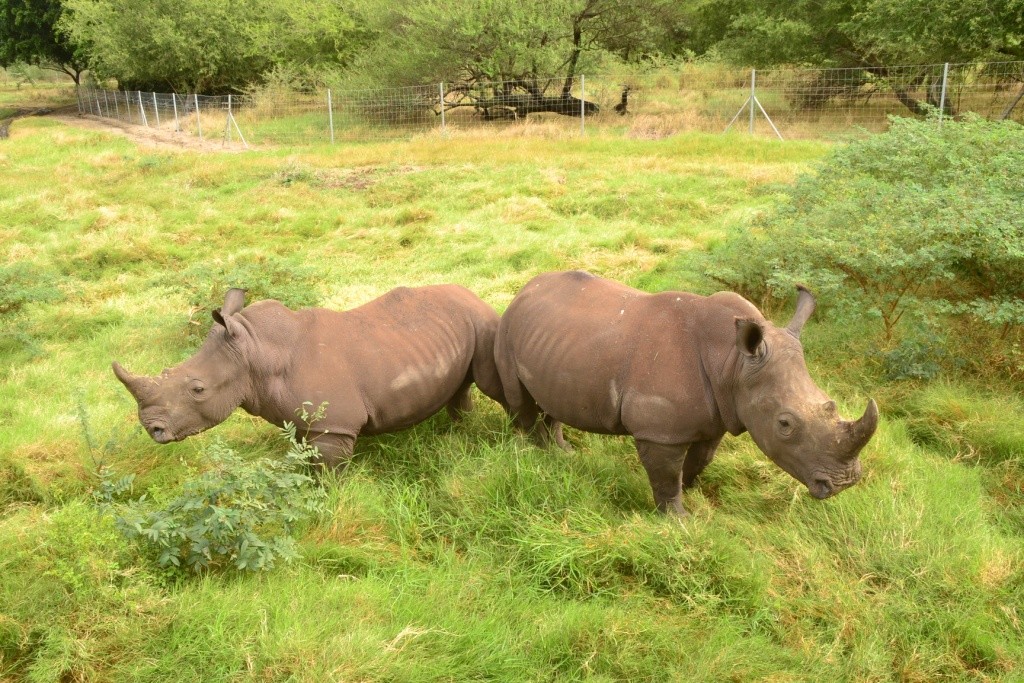 Offering the best view you can get in the capital city, Marie Reine de la Paix (Mary, Queen of Peace) is a church on the slopes of Signal Mountain. It is surrounded by bright flowers and lush green foliage. It is here that Pope John Paul II, during his 1989 visit to the island, celebrated mass with fellow Catholics.

Insider tip: Go at dusk to see the harbour lighting up as darkness creeps in. You’re in for a definite treat! 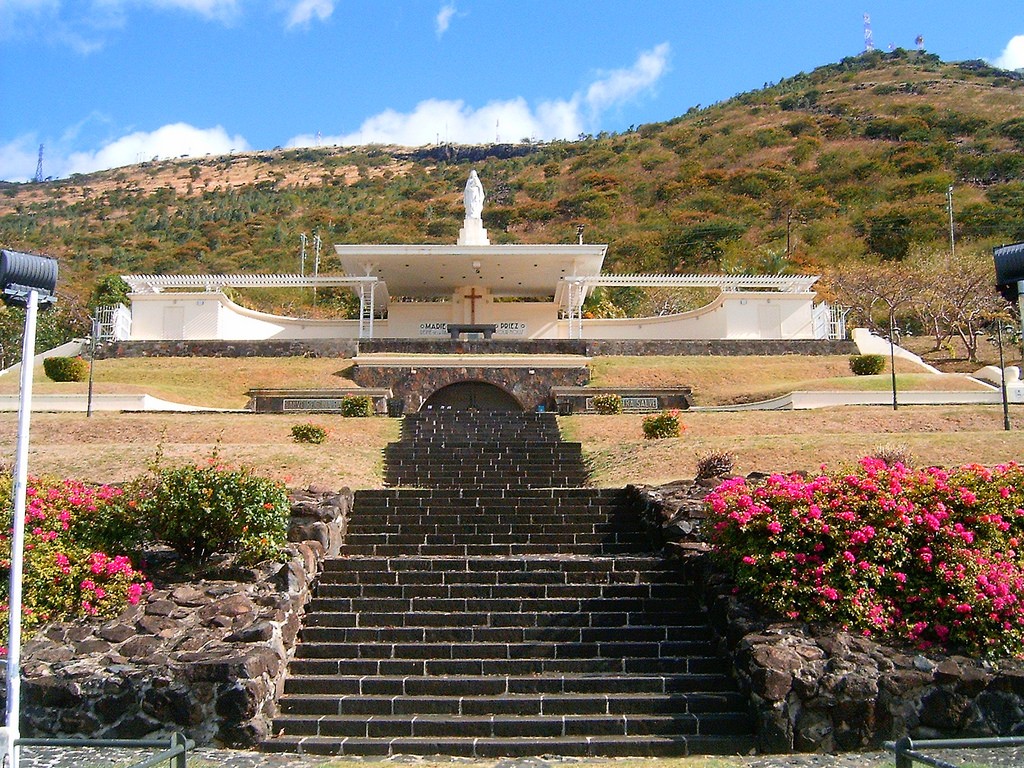 On the arid lands of the West coast, at the foot of La Tourelle, lie hectares of salt pans. A few years ago, an exclusively female workforce could be seen collecting the white crystals. Today, the area has been closed down but can still be visited at certain hours. Make haste since real estate development has been announced recently. 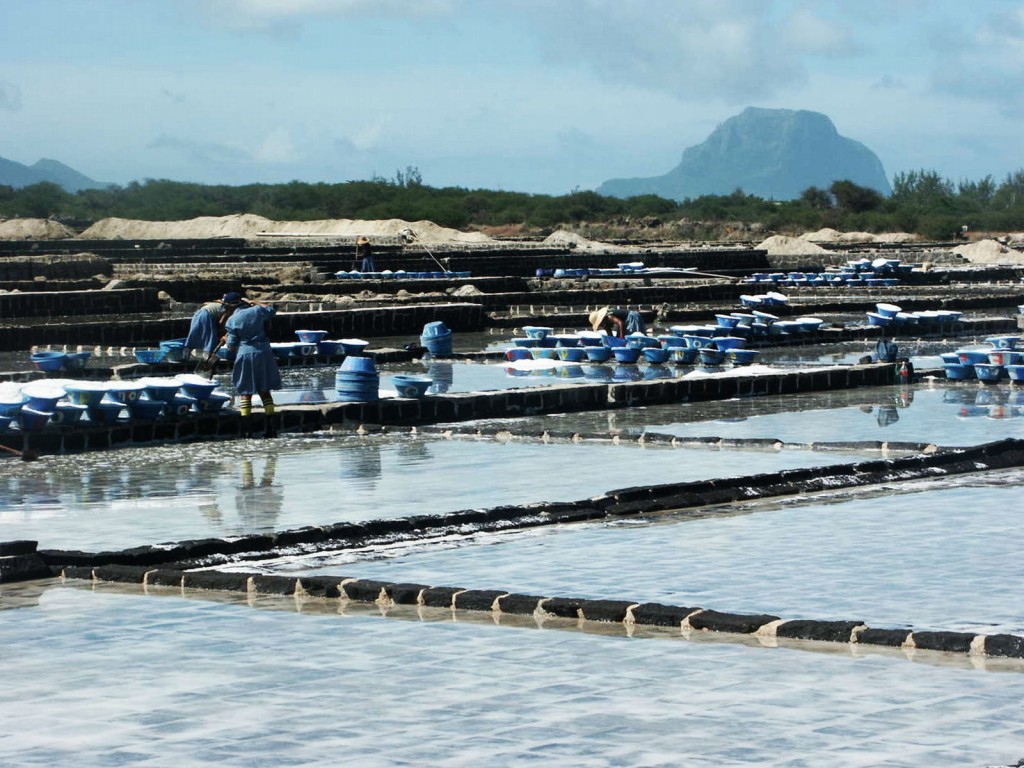 Highly symbolic, this place has witnessed the first footsteps of the Dutch settlers, back in 1598. History has it that they landed on the island following a bad storm, on their way to Indonesia. On that day, they named the island “Mauritius”, in honour of Maurice of Nassau, Prince of Orange. A little Obelisk is erected to commemorate this landing, in Grand Port. This place almost disappeared in history books and only history buffs mention it nowadays. 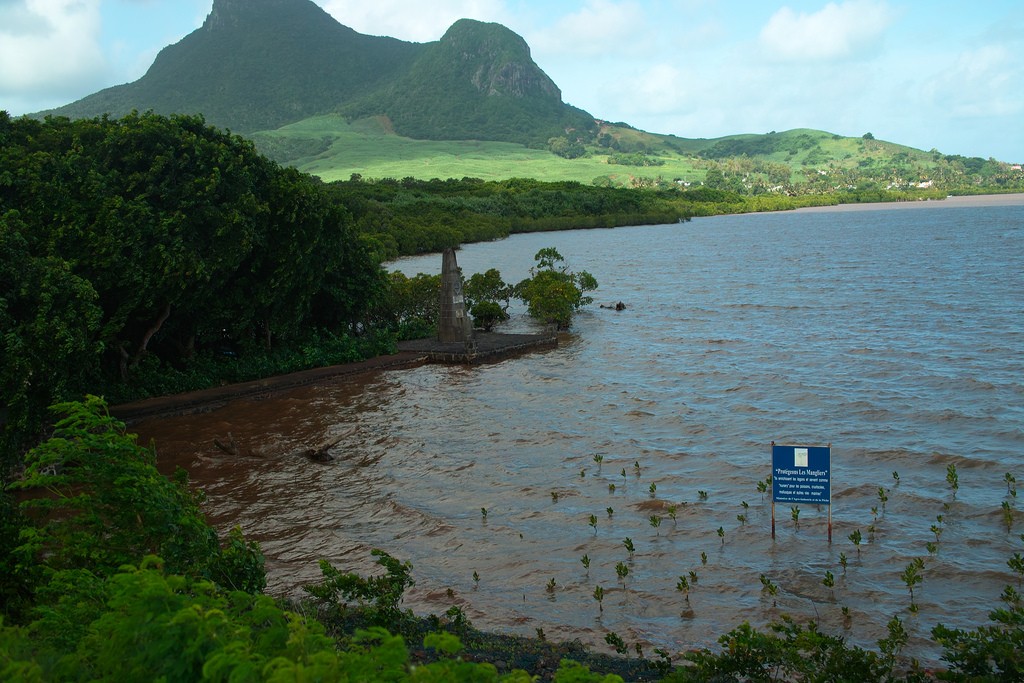 Around 10 kilometres from Grand Port, it is noticeable from the road by series canons facing the sea. Built by the French to protect the island from enemies, the fortification and heavy artillery stood the test of time. The place takes its name from the protruding mass of land on this part of the island, whereby Pointe du Diable (Devil’s Point). 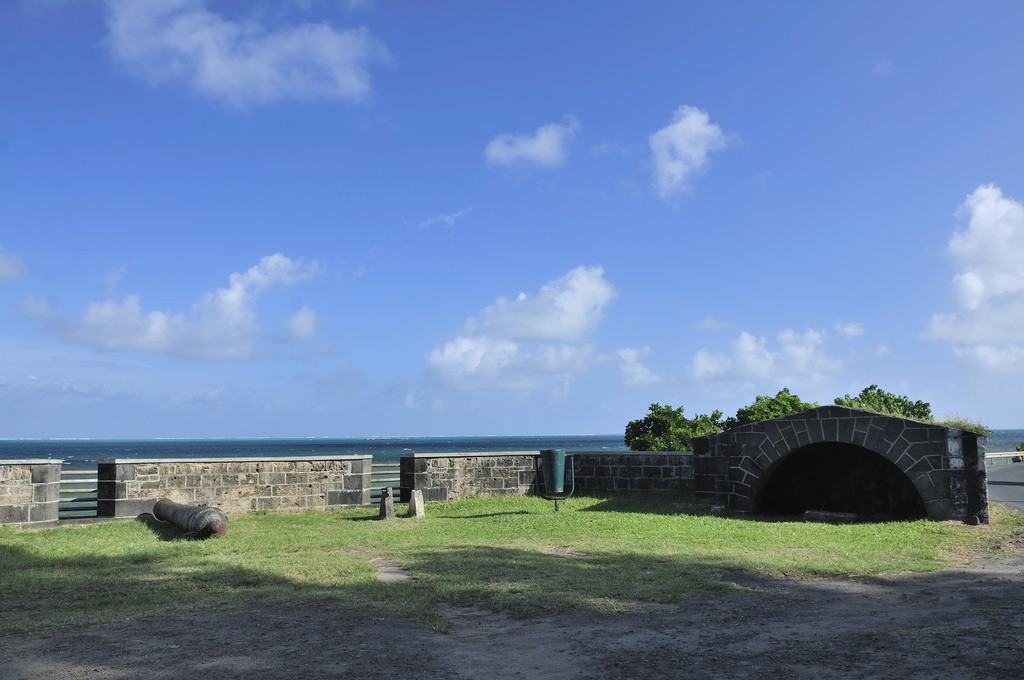