The Most Beautiful Beaches in Mauritius 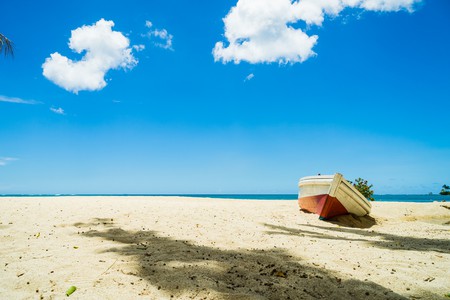 What first springs to mind when reading about Mauritius is blindingly white sand, turquoise blue lagoons, unscathed coral reefs and stunning natural beauty. Here’s a handy guide to exploring its most gorgeous beaches.

Judging by its oxymoronic name, standing for beautiful puddle in French, few would actually be willing to head down there. And yet, with its 10 kilometers of icing-sugar sand, covered haphazardly by the shade of coconut trees, Belle Mare is pure exaltation. Reigning supreme on the eastern coast of Mauritius, its warm sand caresses the bums of somebodies and nobodies without distinction. Few can resist its crystalline water, calling at any hour of the day. Little wonder why several leading resorts have picked this place as their location! 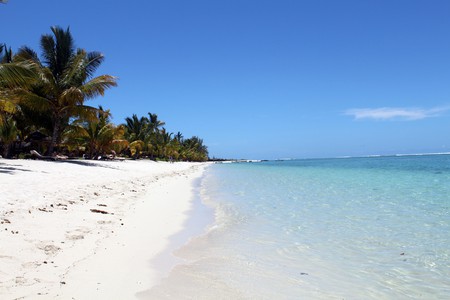 This time around, the proverbial hammer hits the namesake nail bang on the head. In its half-moon setting, Blue Bay is as blue as the gem that sank on the Titanic, and the reason for that are the relatively deeper waters on its shores. Guarded from erosion by casuarina trees – common pine trees found on most beaches on the island – this southeastern lagoon is an open-air aquarium for various endemic marine species. It is considered a protected area by the local authorities and the coast guards are here to remind you of that! Better convert to eco-tourism on this part of the island. 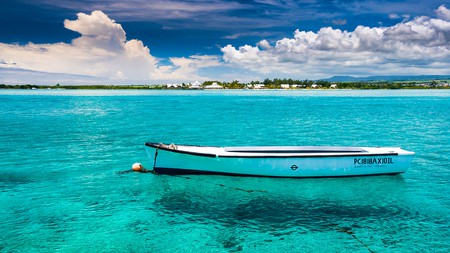 A pilgrimage site for surfers from across the globe, this beach has a UNESCO World Heritage Mountain as a backdrop. At the southwestern tip of a breathtaking peninsula, a four-kilometer beach welcomes only a few regulars, who pitch their tents and start firing up the barbecue grill! The scarcity of people may be attributed to the cul-de-sac leading up to the beach. Le Morne beach could be one of your best bets if you want a more secluded affair. 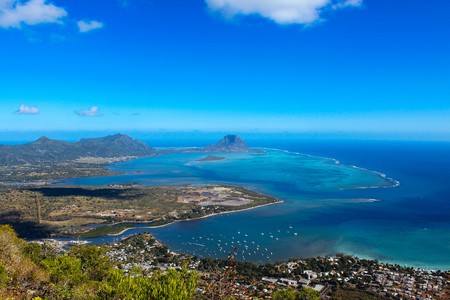 A fishing village in the north, Trou aux Biches compresses all of its beauty into a mere two kilometers of beach. This, however, didn’t curtail its chances of being names the world’s leading beach destination at the World Travel Awards a few years back. Characterized by its shallow, limpid water, this pearl of a beach is quite popular among families. 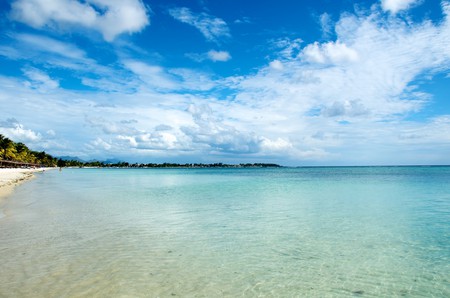 Although assaulted by tourists all year round, the beauty of this islet, off the east coast of Mauritius, remains unwavering. Ile aux Cerfs possesses an amazing set of beaches and lagoons, which have contributed immensely to the fame of Mauritius. Hop on a boat and a 10-minute ride will take you to this breathtaking destination, where many visitors spend the whole day. Offering various depth of lagoon, all it takes is to get accustomed to the tepid water! 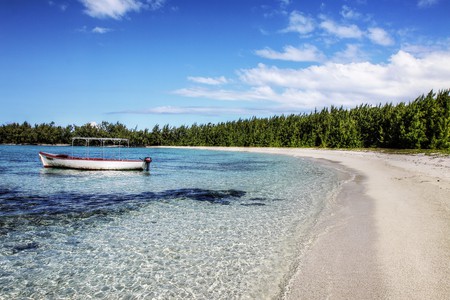 The odd one on our list, Rivière des Galets (River of Pebbles) stands out for the countless dark pebbles strewn on its beach. Despite its name, it isn’t a river, but rather a beach which has not hopped onto the development bandwagon. On some days you might even have the place to yourself. Located in the south of Mauritius, its azure-blue water will definitely conquer your heart. An islet can be reached by crossing the shallow water. If you want to make that proposal memorable, this could well be the spot to pop the question! 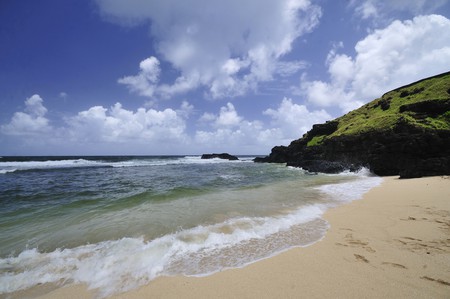