How to Spend 48 hours in Port Louis, Mauritius 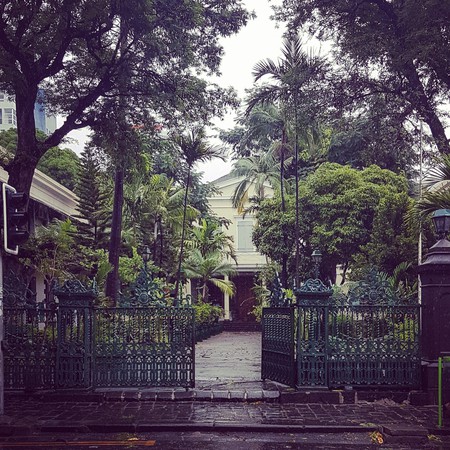 30 degrees Celsius, encircled by a volcanic belt and colonial remnants at every bend. As the #1 African capital in terms of quality of living, Port Louis, Mauritius, oozes with cultural and historical charm. Here’s how not to waste a single second of your precious 48 hours in this beautiful port.

The journey begins in China Town, at the very heart of the city. From the first rays of sunlight, you can already feel the Chinese cuisine scents suspended over the area. A few shops will already be serving piping-hot spring rolls, wonton and other Chinese specialities. Chinatown is also the apothecary of the island with a myriad of traditional herbs and plants. While many shop owners will be fully conversant in Mandarin, don’t bet on any discount on your bill. For lunch time, you can put your distrust aside. Most of the restaurants being family run, sometimes with up to 4 generations under the same roof, China Town won’t disappoint.

Insider Tip: Unless you are blessed with a melanin-rich skin, get yourself a great smear of sun block. Next on the list are comfy shoes and breathable light clothes. Port Louis is mostly a pedestrian city, where you will often bump into government ministers or the mayor commuting on foot.

Located right next to the Prime Minister’s Office (Treasury Building), the National History Museum is the official residence of the now extinct Dodo. Several other species can be observed within the crumbling walls of the building. Winding through the paved streets, only a few metres away is the Saint Louis cathedral, opposite the Supreme Court of Mauritius. To refresh on your way to the Jummah Mosque, we’d recommend crushed ice with fruit-flavoured syrup or ice-cold tamarind juice. Conclude the afternoon by paying a visit to the Citadel to see spectacular views of Port Louis. 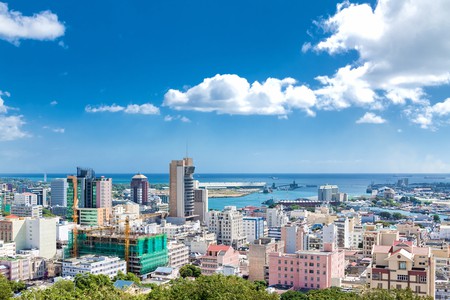 Covered by a star-studded sky, another Port Louis emerges. The heat wave gives way to a cool sea breeze while the road traffic wears thin. Time for a stroll on the waterfront and contemplate the ships anchored in the artificial bay and the Place D’armes (Avenue leading to the National Assembly). The perfect choice of drink would be the local Blue Marlin beer. As for food, we recommend Namasté, located on the first floor of the food court. 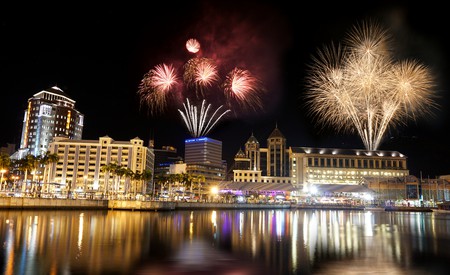 We recommend you stay at the Labourdonnais Hotel on the eve and get that ten minutes walk to the Aapravasi Ghat in Trou Fanfaron. A UNESCO World Heritage Site, it is the place where the first Indian indentured labourers were disembarked. Further down history lane, the Blue Penny Museum, world famous for having under its roof the rarest stamps in the planet namely the red one-penny and blue two-pence ‘Post Office’ stamps issued in 1847. On your way out, do have a chat with PEM, the wood sculptor. 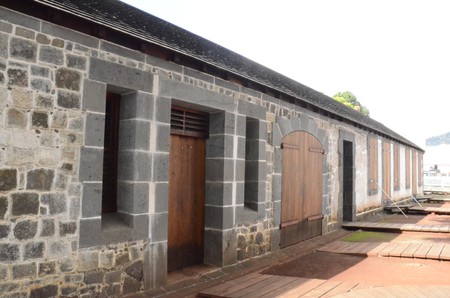 Pay a visit to the Central Bank of Mauritius, the tallest building on the island (124 metres), to grab a souvenir gold-minted coin (from around $30). Then on to the central market for lunch with roti, alouda and tropical fruit salad (loaded with chilli). If you are in Port Louis on a Saturday, make your way to the Champ de Mars, the oldest horse-racing track in the southern hemisphere. If not, time for a well-deserved break at Lambic, a beer and spirit hall of fame. 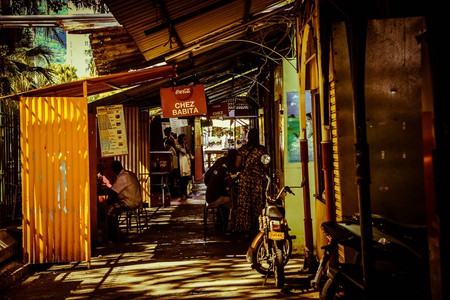 Before bidding farewell to Port Louis, climb up the stairs leading to Marie Reine de la Paix Church to have a panoramic view of the city by night. At this time, you will bump into several joggers as well as lovers enjoying the breath-taking view. For dinner, take the direction of Plaine Verte (the green plain) for mouth-watering grilled meat, located on a concrete-covered bridge, next to the famous Pakistan teahouse.