10 Reasons Why You Should Visit Mauritius at Least Once 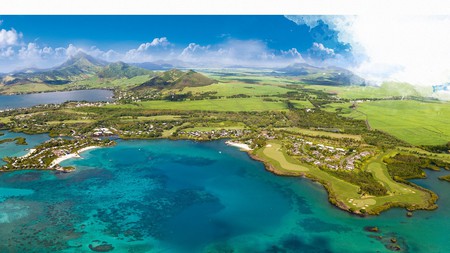 Mark Twain was right in saying that, ‘Mauritius was made first, and then heaven, and that heaven was copied after Mauritius.’ The tiny Indian Ocean island is situated east of Madagascar, and is twice the size of Hong Kong, but has just one million residents. Once the home of the flightless dodo, now extinct, this tropical island offers moderate temperatures, gentle trade winds and ample sunshine. You’ll also find natural history, bustling markets and vivid festivals. Find out why you should visit the island at least once.

With so few people, and an abundance of open spaces for recreation, time spent here is truly relaxing, and a unique experience that you can only have off the coast of Africa. Mauritius has a marvellous blend of cultures, welcoming people, a varied cuisine and a huge mix of ethnic communities.

There are activities for every kind of traveller in this natural paradise. Honeymooners often like to soak up the sun on the beach or have a night out at the local bar or tavern. Families are often to be found hiking in the jungle interior, snorkelling in the clear waters or swimming with the dolphins. Backpackers often stop off here on an around-the-world trip. With all the activities available, Mauritius will surely impress even the most cynical visitor.

Mauritian cuisine is one of the most diverse in the world, with influences from French, Indian, African and Asian kitchens coming together to create its unique flavours. Be sure to scan restaurant menus for daube, fish vindaye, chicken or fish kalia (mixed with vegetables), mutton halim (a soup), a classic tomato-based chicken stew and a local take on Indian vindaloo. You can also try Mauritian snacks such as dhal puri, a traditional flatbread filled with spicy ground split peas and served with chutney. Or try the island’s famous babonne, a fleshy white fish similar to red snapper. 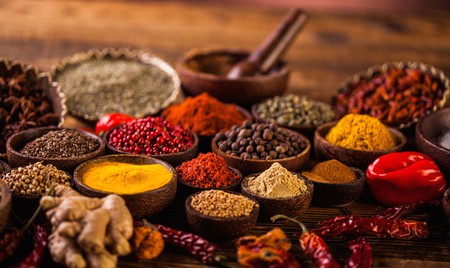 One of the best souvenirs to buy in Mauritius, traditional locally produced spices | © Air Mauritius Blog

If you want to experience what’s said to be the largest Hindu pilgrimage outside India, plan a visit during Maha Shivaratri. Each February, around 500,000 people make the pilgrimage on foot to Grand Bassin, a lake near which stands a giant statue of Lord Shiva (Mangal Mahadev). You can also visit during Diwali, the festival of light, held every autumn, and feast on gâteau patate – sweet potato and coconut cakes made and offered as gifts between families and neighbours. Other festivals such as Thaipusam, Ganesh Chathurthi, Ugadi and Chinese New Year are also widely celebrated and each of them gives a glimpse into the many cultures that come together to create the island of Mauritius. 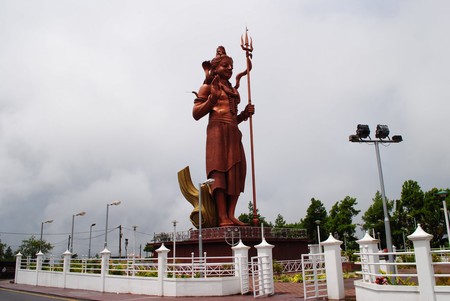 A view of the Mangal Mahadev Statue (Lord Shiva) at Grand Bassin where every year, more than 500,000 people walk during Maha Shivratri | © Au Coeur du Voyage

Featuring fruit and vegetable vendors, artisans selling handicrafts, spice vendors and street-food hawkers, the markets all over the island offer a cheerful slice of Mauritian life. Notable markets include those in Port Louis, Rose Hill and Vacoas, Quatre Bornes, Flacq, Curepipe and the beachside fish market in Grand Baie.

Golf has become one of the top sports in Mauritius and is one of the main attractions for visitors. In fact, Mauritius was the third country in the world where golf was played, after the United Kingdom and India. Golf has been practised in Mauritius since 1902, when the first golf club (the Gymkhana) was opened by Royal Navy members. The Mauritius Gymkhana Golf Club is the oldest golf club in the Southern Hemisphere, and the fourth-oldest golf course in the world.

Since these early days, Mauritius has become a very desirable golfing destination. There is an astonishingly high number of golf courses dotted all over the island, ranging from basic nine-hole courses to world-class championship golf courses with 18 holes designed by the world’s leading golfers such as Ernie Els, Bernard Langer and David Leadbetter. Designed by golf legend Ernie Els, Four Seasons Golf Club Mauritius at Anahita winds along lagoons and beautiful coastlines that make it one of the most picturesque courses on the island. With a driving range and putting green, GPS-equipped buggies and a variety of classes to improve your game, the club offers golfers a prime tropical retreat. All golf courses offer exciting experiences in beautiful natural settings. Many of these courses offer spectacular sea views and open coastal panoramas. 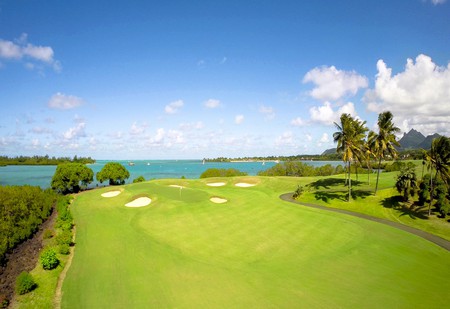 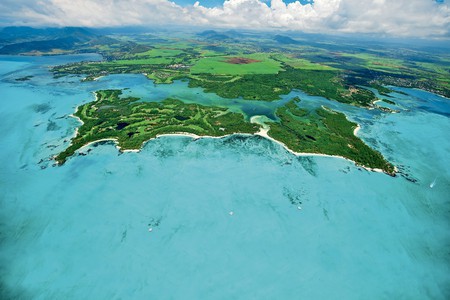 Sega is an invigorating traditional dance that originated in Africa and is regularly performed around the island. The sega is usually sung in Creole (the native language of Mauritians). The dance starts with gentle swaying to a slow and solemn tune, and gradually becomes more animated as the tempo increases. The original instruments are fast disappearing from use, and being replaced by a more conventional orchestra ensemble. However, along the coastal villages, the traditional instruments such as the ravanne, the triangle, the maravanne and the traditional guitar are still used. 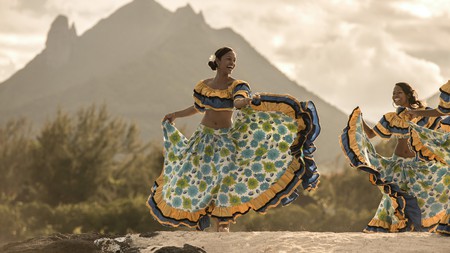 Mauritius has around a dozen nature reserves and botanical gardens to explore, plus mountainous vistas, waterfalls and tropical forests. The oldest botanical garden in the southern part of the island, Sir Seewoosagur Ramgoolam Botanical Gardens in Pamplemousses has 500 species of plant, including giant water lilies and more than 80 varieties of palm. At Île aux Aigrettes, off the southeast coast of Mauritius, you can find endemic species such as kestrels and pink pigeons, as well as giant tortoises. The UNESCO World Heritage Site of Le Morne Cultural Landscape, with a viewpoint called Maconde, is an impressive mountain that just out into the ocean; its peninsula sheltered runaway slaves in the 18th and 19th centuries. 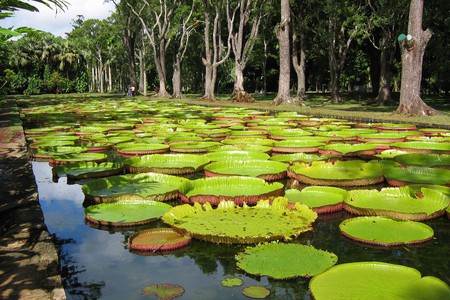 View from the Botanical Gardens at Pamplemousses | © SSR Gardens

Chamarel is a small village in Mauritius and a major tourist draw. What makes this place unique is the coloured layers of sand that can be observed here. The soil is marked by vibrant swirls and stripes of red, green, yellow, indigo and violet. You can easily climb up the observation deck and marvel at the array of colours. Some say these were formed by volcanic lava cooling at different speeds, while others believe it is the due to the presence of various metal oxides. You can buy test tubes filled with the seven coloured sands of Chamarel as a souvenir to take back home. 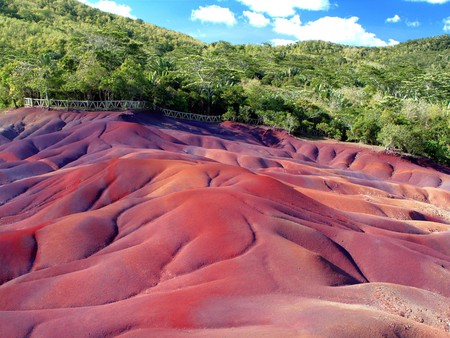 If you are seeking adrenaline-boosting activities or bored of the sun-lounger, head out to explore the lush Domaine de l’Étoile reserve via quad bike or buggy, by horseback, on mountain bike or on foot. You can go zip lining or hiking through the rainforest, try canyoning in the waterfalls or take to the water and explore every kind of ocean-based sport available. You can also try kayaking, windsurfing, kitesurfing, paddle boarding or sailing, which are available at various hotels and resorts around the island. 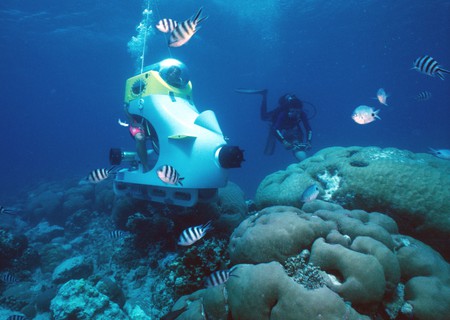 Mauritius has over four centuries of history with sugar cane, and the sweet crop is still the island’s major export, vital to its economy and lifestyle. You can explore the island’s old sugar mill and sample unrefined sugars, as well as learning about sugar’s history and its production through interactive exhibits. Don’t forget to appreciate the vital by-product of the island’s sugar production: rum. You can visit the rum distilleries at Chamarel, St Aubin Rum Estate or L’Aventure du Sucre, where you will find different types of local sugar (vanilla and cinnamon). On the other hand, if you fancy tea tasting, hit the Bois Cherie tea estate, where you get to taste more than 10 types of tea in fragrant blends.