Flecked with Saharan sand and the embers of African sunsets, the contemporary music of Mali contains myriad influences from the country’s variety of idiosyncratic tribal musical forms. The North African music is recognised all over the world; acts like Amadou and Mariam have found international success and recognition. Malian music has been a nexus for Malian social cohesion over the centuries and is central to innumerable Malian festivals and rituals. We take a look at contemporary Malian music. 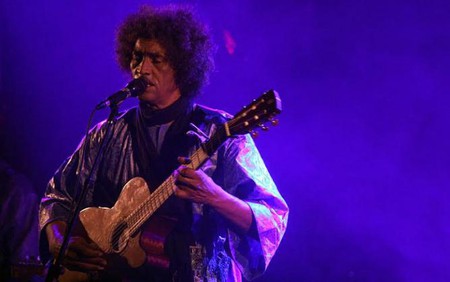 The literary traditions of Mali are predominantly oral – histories and stories were recited or sung by jalis or praise singers as a means of transmission. The vibrancy of the music scene been tarred of late: during 2012 and 2013 two-thirds of the nation was overrun by Islamists seeking to implement Sharia law, who subsequently banned all music except Quranic chanting in the areas under their control. The music of Mali is therefore the vanguard of the non-violent resistance against those who wish to suppress this effervescent aspect of Malian culture. 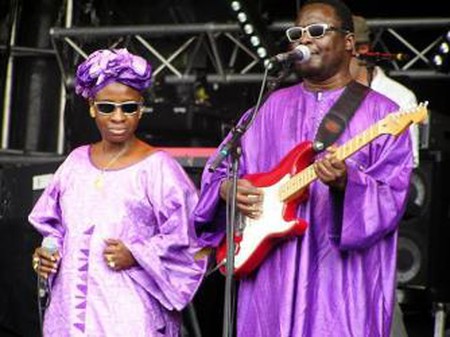 This puritanical proscription has not gone unnoticed. In 2013, the organisers of Glastonbury music festival featured a whole host of virtuosic Malian musicians to celebrate the music’s brilliance and to protest against its prohibition. Some of the best contemporary Malian musical acts were in attendance, including the critically acclaimed Rokia Traoré, a member of the Bambara ethnic group, who performed tracks from her most recent album, ‘Beautiful Africa’. She is atypical of female African musicians in that she plays the acoustic guitar as well as singing – musicianship is traditionally the preserve of men. Traoré fuses a variety of Malian musical traditions and instruments to create her sui generis mellifluence. 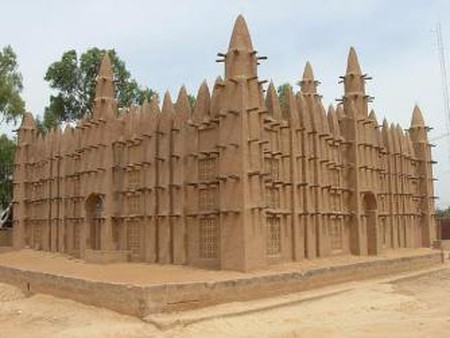 Each Malian tribe has its own musical tradition, form and instruments, but the kora, a 21- to 25-stringed fusion between a harp and a lute, is common to many of them. Other prevalent instruments include the ngoni, a type of lute; the balafon, a xylophone; and a variety of different percussion instruments. In the mid-20th century, Western instruments like the electric guitar became common in emerging Malian bands, possibly because of the presence of Western soldiers during the Second World War. Contemporary manifestations of the interaction between Western and Malian music are collaborative works like ex-Blur frontman, Damon Albarn’s 2002 album, entitled ‘Mali Music’. Albarn teamed up with Malian musicians, Afel Bocoum, Toumani Diabaté and others, and using traditional Malian instruments, created a series of entrancing tracks that capture the sounds and culture of the nation. 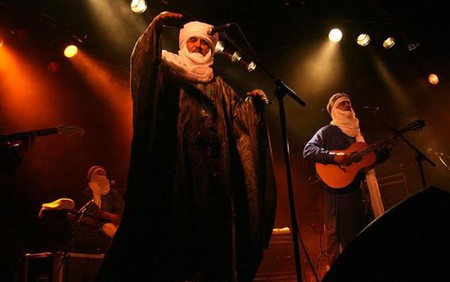 One of the mainstays of the contemporary Malian music scene is Tinariwen, whose beguiling, guitar-driven desert blues music is an unusual union between traditional tribal music and Western indie-rock. Tinariwen is a Tamasheq word that translates as ‘deserts’; an apposite name as the Taureg band first found prominence in the Sahara Desert region of Northern Mali. The band has been regarded as a vehement political voice for the nomadic Taureg peoples, many of whom were exiled following uprisings in the 1960s in Mali. The band’s founder Ibrahim Ag Alhabib tragically lost his father at the age of four during this uprising. Tinariwen are playing at The Roundhouse on 16th November from 7pm until 11pm. They will be launching their new Inside/Outside EP, a trailer for which can be watched online.