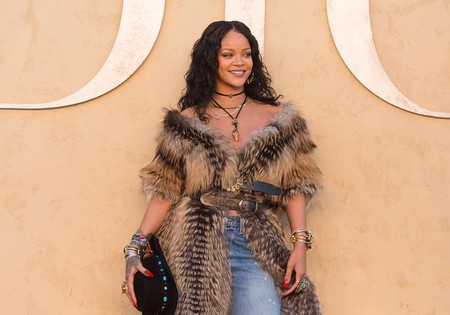 Rihanna has launched a new initiative to help girls in Malawi get to school safely.

The singer’s Clara Lionel Foundation (CLF), which was launched in 2012, has announced that it will be teaming up with bike-share platform ofo to donate bikes to schoolgirls.

The new initiative is part of Rihanna’s ongoing efforts to boost education in the country, with the CLF already offering scholarships to girls through their Global Scholarship Program.

Thrilled to join forces w/ @ofo_bicycle in support of our #GlobalScholarshipProgram and increasing access to quality education in Malawi! pic.twitter.com/FJbfjTUjgp

Rihanna said in a statement: ‘I’m so happy about the Clara Lionel Foundation’s new partnership with ofo because it will help so many young people around the world receive a quality education, and also help the young girls of Malawi get to school safely, cutting down those very long walks they make to and from school all alone.’

Only eight percent of students in the country manage to finish secondary school, and many end up dropping out over issues getting to school.

RiRi visited Malawi at the beginning of the year to meet with teachers, the country’s education minister and students.

She said at the time: ‘It’s such a pity that they have to drop out because they are so smart, and everybody is learning together and learning at the same pace it seems.

It’s sad that it has to end for some of them, because they could probably do so much if they had the resources to continue and complete.’

The CLF, which was named in honour of the singer’s grandparents, has funded education programmes around the world.

It previously collaborated with ofo to provide scholarship funding to students from China, Brazil, Barbados, Cuba, Haiti, Grenada, Guyana and Jamaica so that they could attend higher education in the US.

Rihanna also recently met with French president Emmanuel Macron to talk about how France can help to improve global education.