A Brief History of Nsima and Chambo, a Taste of Malawi 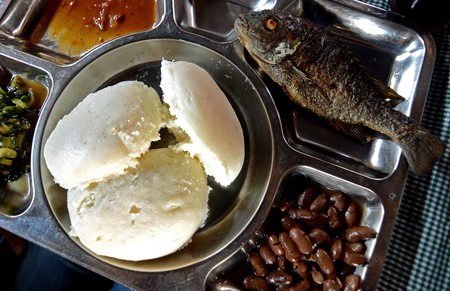 Malawi, a small country in the southern part of Africa is known for its rich culture and diverse food. Also known as the ‘warm heart’ of Africa, it is a very rural country in which most people participate in subsistence farming and fishing – as such, dishes such as nsima and chambo remain a much-loved staple. Here’s everything you need to know.

Although there are many different kinds of traditional dishes in the warm heart of Africa, the most famous dish loved by both locals and foreigners is the delicious nsima and chambo.

Chambo is a species of the tilapia famil,y and is found in the lakeshore areas such as Mangochi, Salima, Nkhotakota, Nkhatabay, Rumphi and Likoma Island. Chambo is sometimes dried in the sun, or it can be roasted, cooked or fried and served with a side of soup. Whichever way it is served, it is delicious. Nsima and chambo is also best served with beans and other vegetables. The most famous hotels in Malawi have nsima and chambo on their menu because they know how popular the dish is.

How nsima is served

Nsima is thickened porridge made from maize, a crop which is widely grown in the country and is one of its most vital crops. Traveling across the country, especially during the rainy season, it is common to see field after field of maize waving in the breeze.

When maize is harvested, it is ground into flour which is used for cooking nsima. This dish is so popular and such a staple that some Malawians eat it for breakfast, lunch and supper. Most Malawians who do manual work prefer nsima and chambo to rice and other foods because they feel the dish keeps them strong. To add flavour to the porridge, nsima is served with a relish, locally known as ‘ndiwo.’

Geographically, Malawi sits on the shore of the vast Lake Malawi, the main source of chambo fish. Fish is also Malawi’s staple food and makes up the most important element of traditional cooking among Malawians. 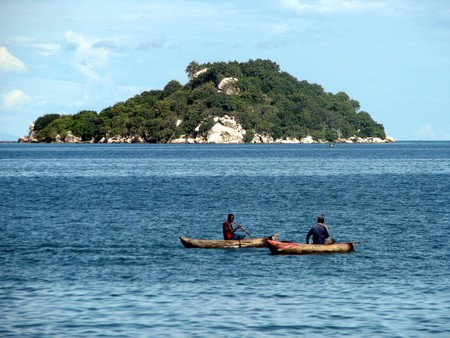 In 2008, Chakuchanya Harawa (a renowned radio presenter from Malawi) who works as a senior broadcast Journalist with BBC Africa on programmes such as Focus on Africa, and on BBC World News, described nsima and chambo as his signature dish. When he was being interviewed by Malawi Current News Montreal, he said people who visited Malawi and returned without eating nsima and chambo, had not visited Malawi at all.