The Travelling History of Madagascar's Sambos 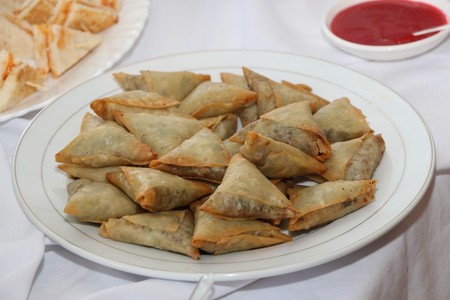 Malagasy sambos are one of the island’s most enduring and popular snacks. A small, crunchy, deep-fried pocket with various savoury fillings, this small triangle has its roots in Asia and most likely arrived in Madagascar from India. Here we take a look at the travelling history and enduring legacy of Madagascar’s sambos.

The journey of Madagascar’s sambos

The Indian samosa, a savoury pastry stuffed with potatoes, peas, or minced meat, is probably the most well-known member of the stuffed pastry family. A classic in Egypt and Zanzibar and from as far flung as Central Asia and western China, the same pastries are known as “sanbusak” or “sanbusaj” in the Arab world. In the 3rd century the snack was enjoyed by princes and nobles, and later even by kings. At that time, it was prepared with meat, ghee and onion. Ancient Sanskrit texts talk about a “delicacy called samushak” that may be the origin of today’s sambos.

India’s link with Madagascar dates back to the late 18th century, and the art of the sambos was most likely brought by the Indian merchants who first settled in the country. 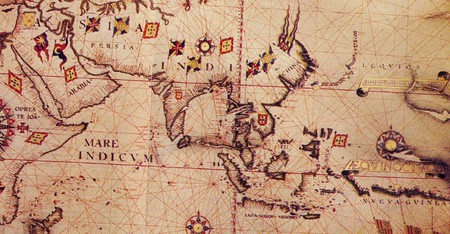 The centuries-old route from India to Madagascar | © Câmara / WikiCommons

In Madagascar people like eating sambos as a snack or as a starter. They are available at any coffee shop or restaurant, but the best place to buy them is hot and fresh on a street corner. Most of the time, street vendors fry them while they’re selling, meaning they’re pleasantly crisp and crunchy when hot. Some vendors walk through the streets armed with a bottle of vinaigrette sauce and a basket full of lettuce ready to serve with their sambos. 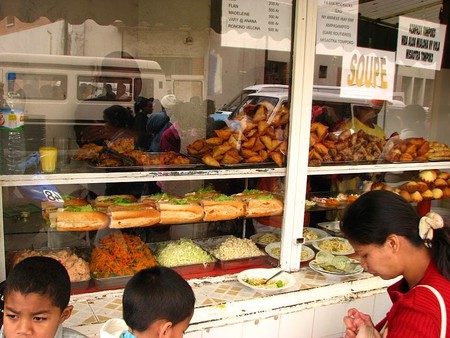 Sambos in a shop window in Antananarivo, Madagascar | © Reibai / Flickr

Sambos are often accompanied by salads dressed with sour cream or vinaigrette, but some people eat them with a peanut sauce or chilli. A sambo can be also packed between two slices of bread and served as a filling for sandwich. This may serve as lunch for some, mainly students, who can’t afford to go to a restaurant.

Towards the end of the afternoon, street food vendors set up in the most crowded places of Antananarivo – mainly near bars – and sambos are one of the main snacks they prepare. It’s considered “the perfect companion”, locally known as “tsaky“, to a good beer or cocktail. 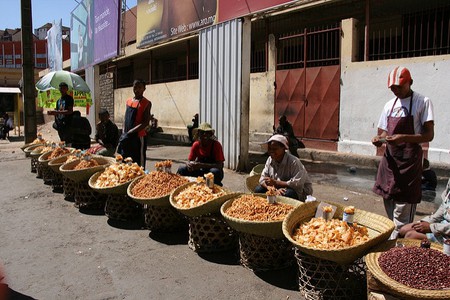 Stuffed with an assortment of fillings, the most common being minced meat with lightly sautéed onion and fresh chopped chives., these days you can now find sambos filled with local cheeses, fish or chicken. They can be found almost anywhere, but sambos cooked in Indian restaurants remain the most superior choice.

The end of the week, known as the “Great Friday” or “Zoma mahafinaritra”, is also the best time to sample the sambos in a very unique Malagasy way – with loud music and in clubs and cabarets. If you ever happen to be stopping by Antananarivo, be sure to visit Shalimar Restaurant and Le Glacier to taste the finest sambos in the city.