Razia Said and the Wake Up Madagascar Project

Razia Said is a difficult figure to categorise. An acclaimed musician, songwriter and performer, she is also an activist against the devastation of her homeland of Madagascar by illegal logging. Her music too refuses to conform to any simple genre and her diverse influences range from traditional Madagascan salegy folk music to French chansons, jazz and R&B. We take a closer look at Said’s music and her Wake Up Madagascar project. 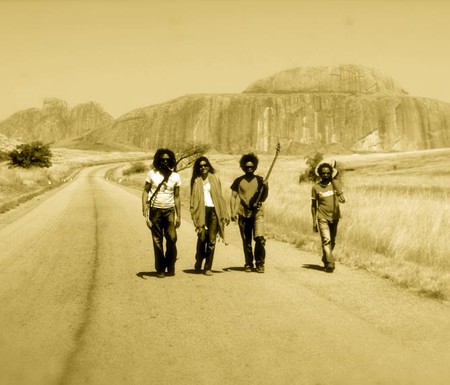 Fittingly, Said records for the Cumbancha record label, which was founded by the ethno-musicologist Jacob Edgar in a determined bid to bring the finest talents in world music to a greater audience. At Cumbancha she is in excellent company – also recording with the label is the great Senegalese blues guitarist Habib Koité, the Israeli artist Idan Raichel whose influences include Ethiopian, Hebrew, and electronic music, and the London-based Ska Cubano.

The eclectic influences that characterise Said’s work reflect the peripatetic nature of her life, which has so far taken her from Madagascar to France and New York,and, perhaps, her openness to new cultures, from which she draws inspiration whilst retaining a feeling for her African roots. Born in the north-east region of Madagascar in the vanilla-producing town of Antalaha in 1959, Said was brought up believing that her grandparents were her birth mother and father. Her actual mother was sent to the Comoros Islands on account of giving birth whilst underage.

Growing up in Madagascar, Said was exposed to two musical currents. The traditional salegy music of Madagascar could be heard constantly on the radio, along with western popular music such as The Beatles and James Brown, as well as French pop songs – a consequence of French colonialism in Madagascar that ended only in 1958. When she was 11 years old Razia learned the identity of her real mother, who has subsequently married a French architect in Gabon.

Along with her mother Said headed to Gabon, where she was to be exposed to another set of musical influences. Finding herself barred from the church choir as a Muslim, the young Razia converted so that she could join in with the songs. Razia remained in Gabon for three years at a time when West Africa was seeing the emergence of brilliant new music scene.

It was the era of great figures including Gabonese artist Pierre Akendengué, the Congolese Papa Wemba who drove the new soukous rumba style, and the great Nigerian multi-instrumentalist and founder of Afrobeat Fela Kuti whose combination of music and activism prefigures Said’s career. 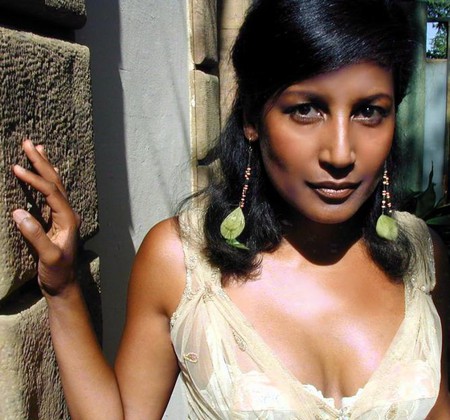 From Gabon, Said was sent to southern France, where she pursued her studies and began to learn the guitar, taking her own music more seriously. She moved to Paris to continue her studies, whilst also playing occasional gigs and making money through modeling and acting.

Finding her own, individual style and voice was initially a challenge. Moving to New York in 1987, Said took on odd jobs whilst continuing to make music, and lived for three months each year in Bali before periods spent in Ibiza and Milan working in fashion.

Said remains based in New York, where she met and married filmmaker and musician Jamie Ambler. He helped to get her first record made – English language songs that displayed the influence of R&B, jazz and pop music and somehow lacked something. During trips to see her family Said came across Lala Njava, the leading Madagascan band whose work combines traditional African music with western influences and instruments.

This chance encounter gave Said a template with which to work to find her own voice. She returned to the Malagasy language and the rhythm and sounds of her African roots as the basis for her music. Rather than trying to sound western and embrace jazz and pop music,she took her Madagascan roots as the foundation for her songs and allowed any western influence to seep through unconsciously.

The end result was the album Zebu Nation, released in 2010 after over three years of work. Said spent time in Madagascar working with local musicians, including Dozzy Njava on the traditional marovany and Regis Givazo on accordion. Mostly, though, the album features Razia with just her guitar providing a modern approach to Malagasy music – often using 4/4 time rather than the traditional 6/4 time signature. 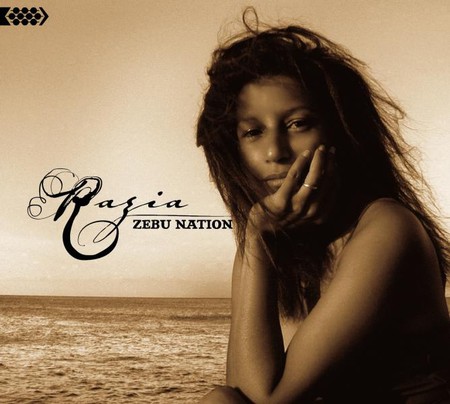 During her trip around Madagascar in the recording of Zebu Nation, Said observed the level of environmental devastation being caused to her home island by climate change and the illegal logging trade. One particular song –‘Slash and Burn’ – is focused specifically on the damage caused by the illegal logging run by criminal gangs.

22% of the landmass of Madagascar is covered in forests containing many precious tree species. However, governmental corruption is rife, with the military rulers allowing a multimillion dollar illegal trade in precious woods such as rosewood to continue despite the ban on export and logging of such trees. It is estimated by Global Witness that around $460,000 worth of rosewood leaves Madagascar illegally each day.

Said was understandably concerned about the damage to her homeland. The ‘Wake Up Madagascar’ project is the next step towards bringing the plight of Madagascar to the attention of the world. The first event was held on the edge of the Masoala rainforest and brought together the leading artists of Madagascar – they also planted over 20,000 trees.

Since then the ‘Wake Up Madagascar’ project has toured North America – the 2014 tour takes place during July and will play in Quebec, Toronto, San Francisco, Chicago, Madison and New York. Amongst the great artists brought together will be Jaojoby, the most popular singer in Madagascar and the acknowledged ‘King of Salegy’, the guitar virtuoso Charles Kely, and the traditional salegy music of Saramba Kouyate, whose work highlights the plight of women in modern Madagascar.