How Madagascar Could Save Bananas From Extinction 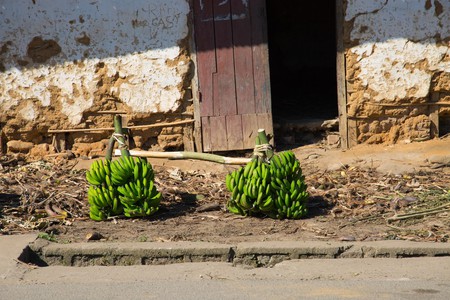 Bunches of bananas for sale at the side of the road, Ranomafana, Madagascar | © Allan Watson / Shutterstock

Every year we consume 100 billion bananas grown in over 150 countries. However, the banana is under attack by Panama Disease, threatening the fruit’s very existence. Fortunately, one African country may be the saviour – here’s how Madagascar might save bananas from extinction.

Bananas are a major cash crop in Madagascar and are often the main feature in meals, particularly in desserts. In local mythology, Zanahary (The Creator) asked the Malagasy “whether they preferred to die the way a banana plant dies or the way the moon dies.” The Malagasy chose the banana plant because “when it dies, many new banana plants will still grow from it’s base. But when the moon dies, it leaves no children behind.”

The most common banana species, the Gros Michel, was eventually wiped out by Panama Disease decades ago. The disease spread from Central America to the rest of the world. The Cavendish variety became the world’s most commercially grown banana, but due to another recent strain of the same disease, now called TP4 (Tropical Race 4), the banana’s only hope may be found on the islands of Madagascar.

Bunches of bananas for sale at the side of the road, Ranomafana, Madagascar | © Allan Watson / Shutterstock

The bananas of Madagascar

The Madagascar banana, known scientifically as Ensete perrieri, is a wild species of banana endemic to the western coast of the island. It’s pretty inedible on it’s own, but if cross-pollinated with the Cavendish, a disease resistant banana might be produced. The Madagascar banana grows in dry, tropical forested regions but is under threat from burning for agricultural purposes.

Because there are only five mature banana trees left in five localities of Madagascar, they have been included on the International Union for the Conservation of Nature (IUCN) red list for threatened species. The IUCN list is the “world’s most comprehensive information source on the global conservation status of animal, fungi and plant species… Far more than a list of species and their status, it is a powerful tool to inform and catalyze action for biodiversity conservation and policy change”.

There are various conservation actions that have been in place for several years. According to the Kew Madagascar Conservation Centre, “seedlings have been seen growing around the bottom of mature plants, giving hope that these seedings will grow to become mature plants, capable of flowering and producing more seed. Plants have also been found growing in the Tsingy de Bemaraha Strict Nature Reserve. This is a protected area managed by the Madagascar National Parks, giving the wild banana protection from potential dangers to its habitat”.

Madagascar is one of the world’s largest biologically-rich countries. It has approximately 12,000 species of flora with 70 to 80% of them endemic to the country. For instance, Madagascar has six out of nine species of baobab, including the African baobab. It also has nearly 1000 known species of orchids, of which 85% are endemic. 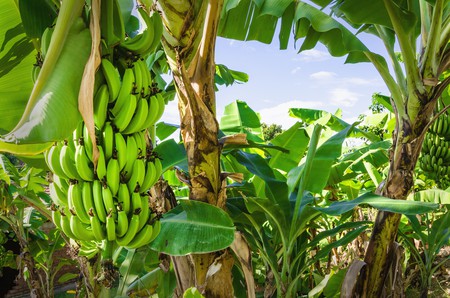 If the Madagascar banana becomes the savior of the world’s banana, it could lead to more job creation in the country’s agricultural sector. Agriculture, which comprises a large percent of African countries’ gross domestic product (GDP), accounts for approximately 23% and employs approximately 80% of the population. According to CNN Africa, “In Africa, bananas are critical for food security and income generation for more than 100 million people”.