How Is Madagascar Affected by the Banana Crisis? 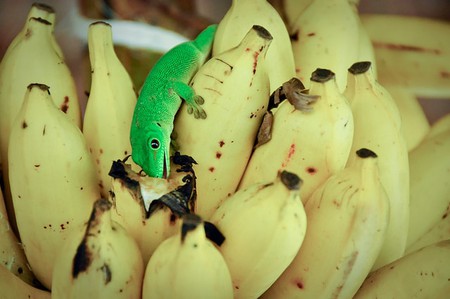 The continuing banana crisis is putting pressure on global supply. Madagascar has been pushed under the spotlight as a potential saviour, putting the Malagasy people’s intricate relationship with the island’s variety of bananas at risk.

Bananas the world over are being wiped out by disease. Madagascar, with its disease-resistant species, could be the banana lover’s last hope. With international demand for its bananas increasing, the country, for which the fruit is both a staple food and significant export, is set to be profoundly affected. 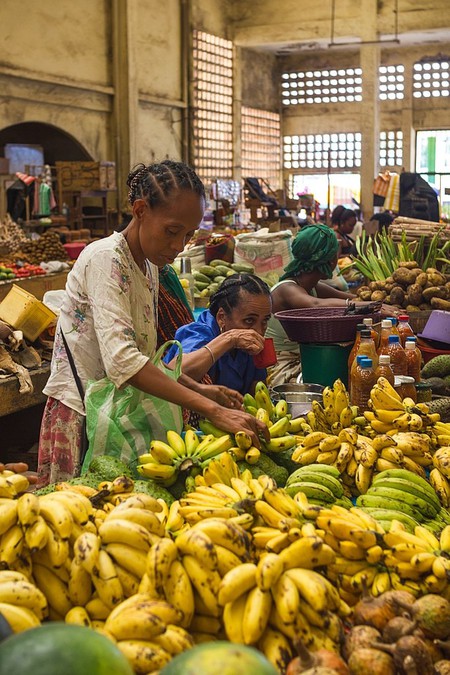 News stories about the soon-to-be extinct banana have been circulating for a while. All the panic has only emphasised the fact that Madagascar is the last bastion of hope for critically endangered bananas. The people of Madagascar have been using all kinds of bananas for generations. Used as a dessert, a starch substitute, even a medicine, the banana is the island’s second most important crop after rice. Small-scale farmers and entire communities rely on banana cultivation, but now international pressure risks relegating local needs on the list of priorities.

Madagascar has over 50 varieties of banana

According to local plant pathologist Nany Fleuron, Madagascar has approximately 50 varieties of banana, but the most common and most important is the Batavia. This species is a variety of the well-known and beloved Cavendish, which has three different types locally known as Ambo (‘High’), Hiva (‘Low’) and Tsy ambo tsy hiva (‘Neither High nor Low’). This is the key species that is resistant to the Panama disease. Others include the Figue Sucrée (‘Sucrier’), the Figue-Pomme (‘Silk’), the Figue Rose (‘Red’), plantain and the Bluggoe.

For the last two decades, Madagascar has been fighting a different fungal disease affecting its bananas: Mycosphaerella fijiensis. So far, no cultivar has been found that’s resistant to this disease, which spreads through contaminated soil, tools and insects. It can also be transported by wind and water. Local efforts are focussed on the conservation of common edible varieties. 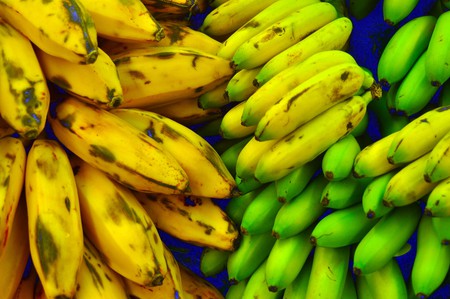 Most bananas eaten in Madagascar grow locally and are produced by small-scale farmers. The subsistence production occurs everywhere in Madagascar apart from the more arid southern and western regions. Banana plantations take up an estimated 10,000 hectares (25,000 acres) and the annual production accounts for around 400,000 tons as of 2018.

Bananas: the most versatile of fruits

In Madagascar, bananas grow all year round and are available almost everywhere you go. Some on the island say that the banana is the only fruit you can trust, and there’s no doubt about the taste – always deliciously sweet. Every Malagasy person is familiar with mofo akondro, a kind of banana fritter, that can be found as a dessert in most restaurants. Plantain is a popular type of banana used in savoury meals. Prepared as a fruit salad, flambéed or fried and salted like chips and served with grilled meat, it is a superbly versatile ingredient. 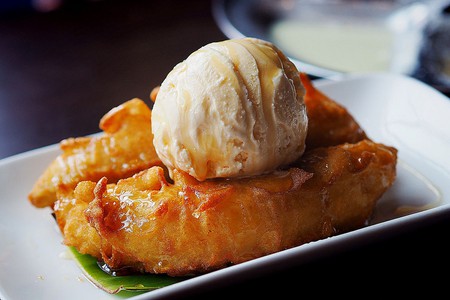 Not only do they taste great, they’re also high in potassium and low in calories. They contain protein and vitamins A, C and B6, and are a good source of fibre. Bananas are widely used to prepare food for babies and some people use them for medicine. The most common medicinal remedy involves placing mashed banana in a glass of water, leaving it overnight and drinking the juice before breakfast. This local trick is said to lower blood pressure.

Madagascar’s banana export production has been variable since the 1960s despite the favourable natural conditions, an annual rainfall of over 3,000mm (118in) and an average yearly temperature of 23.8C (75F). Most production used to occur in the valleys between Brickaville and Fénérive-Est, but stopped in 1970 after a hurricane devastated the eastern part of the island.

Today, Madagascar’s bananas are lacking in quality when compared with other international varieties, and the island is too far from the European Union’s market, meaning that the island’s banana production is mainly for family consumption or the local market. Bananas become a substitute for starch during periods in which rice doesn’t grow, especially in the east.

Bananas may play an important role in poverty alleviation, but it is said that more efforts should be carried out to support small-scale farmers and help them increase their production, especially in the face of growing pressure from diseases and constantly changing environmental and economic conditions.

“The large seeds of the Ensete perrieri species have provided an opportunity to find a gene to improve the cultivated banana,” said scientists at the Kew Madagascar Conservation Centre. They added that “many of their traits have the potential to help crops become more resistant and resilient, enabling them to adapt to the new conditions caused by climate change”.

Instead of hybrids and GMOs, the species endemic to Madagascar could be an alternative to save the world’s bananas from extinction. But the Madagascan banana itself is under threat from deforestation and slash-and-burn agriculture. An extinction risk assessment of Ensete perrieri has been completed and published on the updated IUCN Red List in July 2018. Only five mature trees have been identified in the whole of Madagascar, and a recent survey has suggested that only three of these may be left. Scientists say that saving these critically endangered species could be crucial for the banana’s future.