Famadihana: Madagascar's Day of the Dead 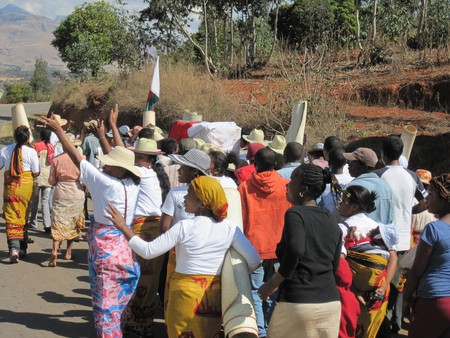 It takes a village to celebrate the dead | © NH53 / Flickr

Every few years in the highlands of Madagascar, families reunite during a festival known as “Famadihana”, which literally means “the turning of the ancestors’ bodies”.

A typical family reunion doesn’t usually involve meeting your dead relatives. In Madagascar, however, an important celebration called Famadihana is a time for Malagasy people to spend time with their loved ones, both living and deceased. The Malagasy celebrate this event so that new family members can meet their ancestors and memories can be shared and never forgotten. This practice of secondary burial emerged in the 1820s after the repatriation of soldiers’ remains from far away. The festival also regained popularity during tomb transfers when tombs started to be rebuilt in stone with the introduction of the kiln. 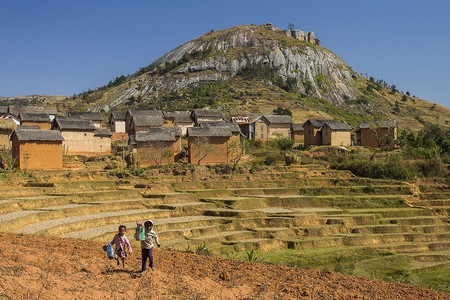 A village in the highlands of Madagascar | © Francesco Veronesi / Flickr

Typically, relatives whose deceased ancestors share the same tomb will get together one year in advance to discuss the plans for the upcoming Famadihana. The family will discuss dates, expenses, and the guest list. During the ceremony neighbours and locals from all around are invited to share the Famahanana meal of rice and pork (or beef), also known as “varibemenaka”.

The responsibility falls on a local astrologer who establishes which exact dates between July and September Famadihana will fall over. Over these two or three days the family tombs can be opened. The first day is called “Fidirana”, or “the entry day”, and the second day is known as “Famonosana”, or “the wrapping day”. 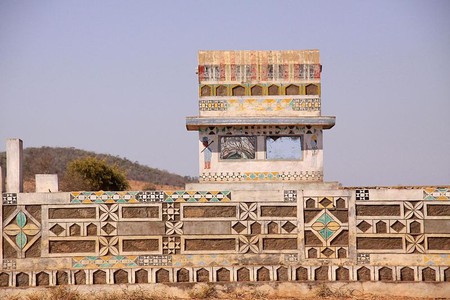 The day before the ceremony

Relatives and family members, many of whom haven’t seen each other since the last Famadihana, come together to introduce new members (mainly sons and daughters-in-law). For some, Famadihana is the only opportunity in which relatives can see their family. It is a celebration that strengthens family relationships as well as local networks. 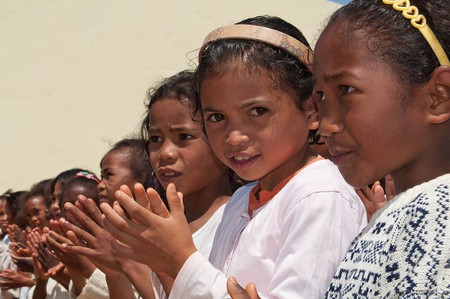 The night is filled with discussion, music, drink and the preparation of the next day’s meal. The men of the family are in charge of killing the animals and preparing the meat. Offal is prepared and served with rice as dinner for family members but the lungs are reserved especially for the sons-in-law.

Dancing with the dead

When guests arrive for Famahanana they give rice and money to the organizers, or “tompon-draharaha”. The amount of the money and the quantity of rice is recorded in what is known as “atero ka alao”, literally meaning “to give something and receive it back”. This tradition ensures that when guests have to organise their own Famadihana, they will be repaid and supported in kind. Since expenses are shared, all the money and rice collected will be shared to everyone who has contributed to the expenses.

When all the guests have eaten the hosting family prepares the party to visit the tomb. As a celebration of life and parenthood, people wear their best outfits. A group of musicians playing trumpets, drums, and Malagasy flutes called “sodina” accompany the party and follow them from the village to the tomb. 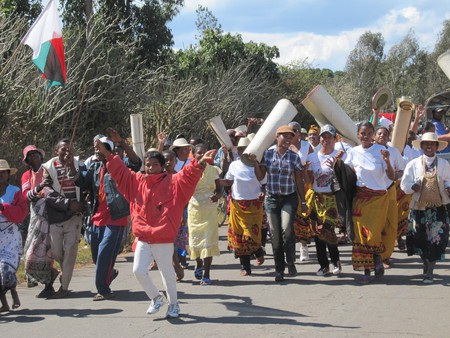 Once there, the bodies are removed and placed on reed mats. The host family wraps the bodies with new shrouds. At this point people can place something the person liked when he or she was alive in with the new sheets. For men, it may be cigarettes or alcohol. For women, perfumes or lipsticks. For children, people commonly place sweets. Now freshly wrapped, the direct relatives dance with the bodies and present them to the newcomers in the family.

Over the last few years, the practice has been attracting criticism with many calling for it to be stopped. More and more people have abandoned this tradition with the belief that the practice goes against some religions. The festival is also increasingly more expensive to run, and some media outlets have also linked the spread of plague to Famadihana.