Avenue of the Baobabs: Where the Trees Reach the Sky

The Avenue of Baobabs are located in Morondava, Madagascar | © Culture Trip

A dirt track linking Morondava and Belo Tsiribihina in Madagascar has become popular for the remarkable natural landmarks on either side. The ancient baobab trees rise to incredible heights and are set to become the country’s first officially recognised natural monument.

Madagascar isn’t short of natural beauty spots, from the rocks of Tsingy de Bemaraha National Park to the serene waters of Mitsio archipelago, but there’s something extra special about the avenue known as one of the most beautiful roads in Africa. 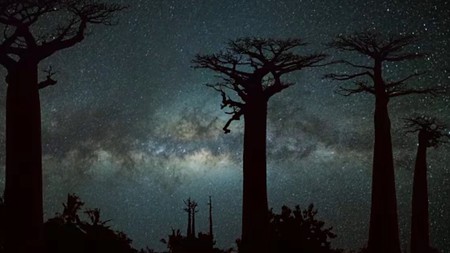 Located in the west of the country in Menabe region, the Adansonia Grandidier baobabs are one of eight species found around the world, with six endemic to Madagascar. The red tones of the bark and lower portions of the trees match the road below, and as you can expect, sunsets and sunrises enhance the experience with a magical sense of wonderment.

There aren’t many of the trees to be found, only 20 or so in the area, but they are so distinctive that they make an immediate and lasting impression. When Arab seafarers first reached Madagascar and saw the top-heavy trees they said that it was as if the devil had ripped them from the ground and placed them back upside down. The canopies at the top of the trees, which can reach heights of 150ft (46m), are said to resemble the roots of other varieties.

The nearest town is Morondava, which has a rich cultural heritage of its own. Once at the heart of the Sakalava kingdom, it is today a well-known seaside holiday resort. There are a number of ancient tombs that contain carvings and drawings in the area that hark back to a significant period in the history of the country. 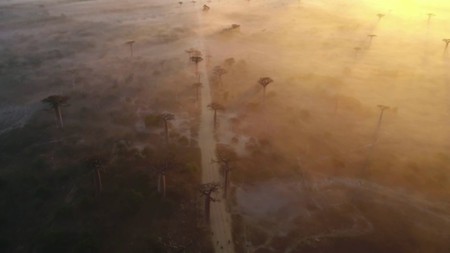 Some of the older baobabs are more than 800 years old, although the species has been adversely affected by climate change in other parts of the country. The trees have a number of practical uses too, with low-lying leaves making tasty additions to local dishes and the trunks providing water when other sources are scarce. The fruits of the tree are also a crucial ingredient in a summertime drink popular across Africa.