9 Customs and Traditions Only Locals from Madagascar Can Understand 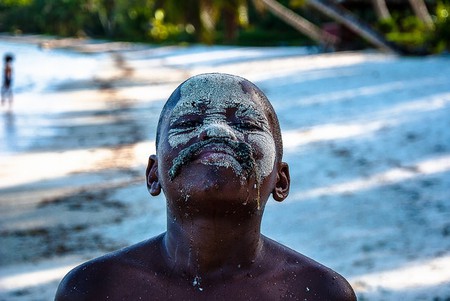 Madagascar has many customs and traditions that reflect its diverse origins from Southeast Asia to East Africa. Many are quite intriguing and highly unique. Here we take a look at the 10 most common that you need to know to better understand Madagascar and the Malagasy people.

Burying the umbilical cord of a new-born

When a woman gives birth, the midwife gives the umbilical cord and attached placenta to the father. Traditionally, it was his responsibility to bury them under a flat stone at the entrance of the ancestral home. Nowadays in urban areas, it is buried in a place around the house in an area unlikely to be polluted in any way. While burying this, the father makes sure never to turn his head. This burial symbolises the perpetuation of the lineages and in Malagasy beliefs, a new-born whose umbilical cord is lost (“very tadi-poatra”) or not buried in the way it should be, the baby will grow up to be a forgetful adult.

Taking up your spoon only after your elder

In Malagasy society, respecting one’s elders is a traditional custom that is still rigidly practised mainly in rural areas. Once a meal is served, no one is allowed to pick up their cutlery before the elder does. This person may be a father, a grandmother or a grandfather. Once they have lifted their spoon and started to eat, the rest of the family can start to eat as well. 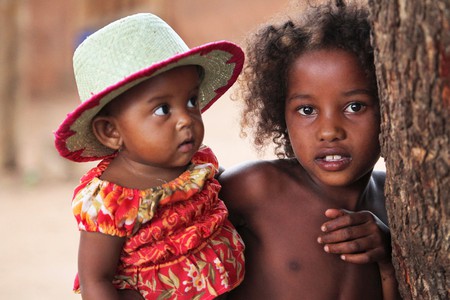 Children in Madagascar must respect their elders | © Steve Evans / WikiCommons

Cutting a baby’s hair after three-months

Upon their third month in this world, a Malagasy baby will undergo what is called “ala-volo”, or the hair cutting ceremony. A person in the family with beautiful hair (a “tso-bolo”) is invited to cut the baby’s hair and put it on a large plate or bowl. The cut hair is then mixed with honey and tuberous roots such as sweet potatoes. At this point, the family members eat this mixture. This is a kind of rite of passage that allows the baby to fully integrate into society.

All houses should face west

When a Malagasy person builds a house, there are rituals and rules to be respected. One of these is about which direction one’s house faces. Malagasy belief states that the best sunshine is in the afternoon as the sun starts to set, so all houses should open up facing west. In the traditional building process, the east façade is closed off with no windows or doors. Windows are usually only located in the north, and doors in the west. 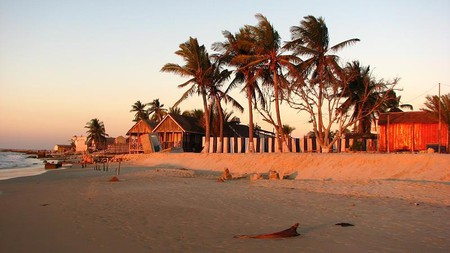 The head of the bed must face north

Inside the house, to allow positive energies to circulate throughout, everything has to be in the right place. The north is the place where “holiness” meets “power”. According to Malagasy belief, happiness and wealth come from the north. Parents’ bed should be laid there and positioned heading only to the north; the south is the place of anything related to production, and the west is the position of doors through which anything out of use is thrown away.

Before any marriage ceremony the couple needs to get engaged “traditionally”. The first step is locally known as “vodiondry” or “lamb’s rump”, which is a Malagasy couple’s formal engagement. This consists of inviting the groom to introduce himself in front of the bride’s family and formally ask for her hand. He also has to present gifts to the bride’s parents and siblings.

Never have a funeral on a Thursday

Each day is favourable for a particular purpose according to the Malagasy belief. Thursday is the first day in the Malagasy calendar and so it’s the best day to start anything you would like to last, especially house building for example. In the same way, it is not recommended to have a funeral on a Thursday, since it may become the starting point of continuing deaths in the family. Generally speaking, Malagasy people never organise any burial on this day. 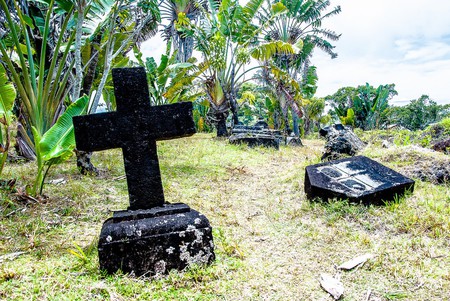 You may have heard about the Malagasy custom known as “famadihana”, which literally means “to return a deceased person’s body”. It’s a big family gathering, the biggest one after a wedding and funeral ceremony. Members of the deceased’s family come together and organise the big event where the deceased is exhumed and then re-wrapped. It’s a celebration of life and parenthood. 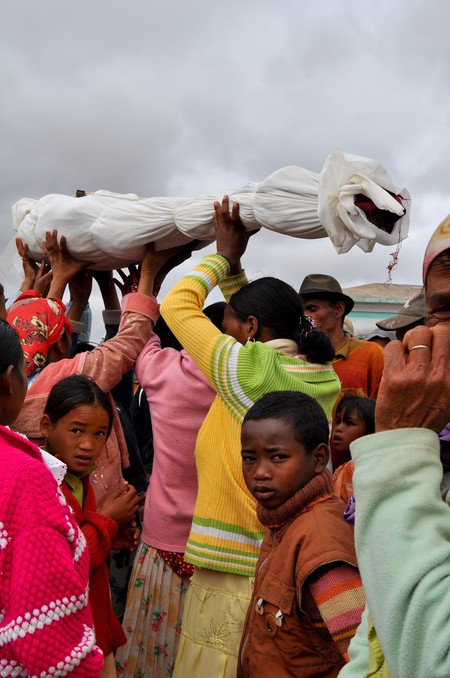 Once the body of the beloved one wrapped with new special fabric, the family takes it and dances with. | © Hery Zo Rakotondramanana / WikiCommons

Respecting the power of a blessing

Before an exam or before leaving to travel for a long time, it’s important for a Malagasy person to receive blessings from older family members. This is known as “Ny tso-drano zava-mahery”, which literally means “blessings are powerful”. The Malagasy believe that the blessings from the family – represented mostly by parents and grandparents – will help them to be successful in everything they do and will keep curses away from them.