11 Reasons to Visit Madagascar at Least Once in Your Lifetime 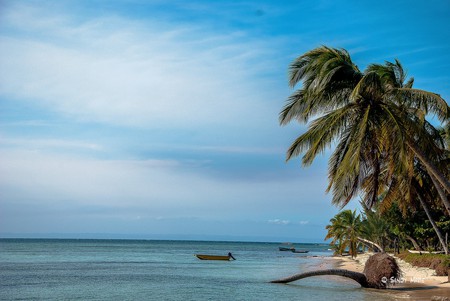 As the biggest island in the Indian Ocean, Madagascar is famous for its unique wildlife and biodiversity. With breathtaking views of nature, white sand beaches, stunning rainforest and delicious local food, this spot offers an unforgettable, once-in-a-lifetime experience. Here’s why it should be on your bucket list.

Found only in Madagascar, lemurs are the country’s ultimate hallmark, notably the black and white ring-tailed Lemur Catta species. With more than 60 species present throughout the island, these mammals are currently classified as an endangered species. Visitors can take photos with them while visiting national parks, while luxury hotels built within natural reserves here also offer the chance to see them in the wild where they are no longer afraid of humans. You will certainly fall in love with them. 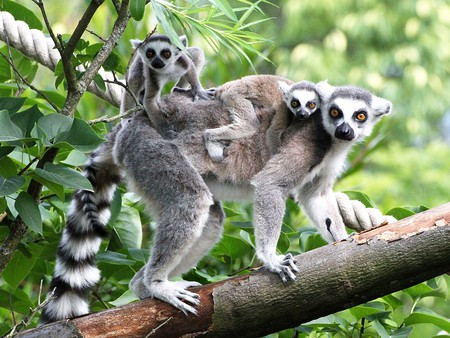 The whale-watching is spectacular

Madagascar is lucky enough to be located close to a migration route for whales and, twice a year, the creatures are visible from the coast. Between July and September, Sainte-Marie island is the best place to admire a whole legion of humpback whales where females come to calve in the warm sea. From October to December, baby whales and their mothers bask in Nosy Be shallow waters in the north-west. In addition to this mind-blowing spectacle, you can also listen to the powerful song of the males. 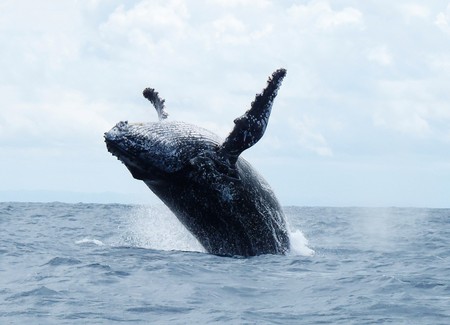 What else would heal the soul more than resting on a calm and peaceful beach away from home? In front of an emerald sea offering stunning views at sunset, a large part of the south-west of Madagascar has become one of the country’s top destinations for tourists. These places are perfect for that crucial wedding proposal moment and as a honeymoon destination for newlyweds. You can also have this same experience in the north and within the surrounding islands of Nosy Be. 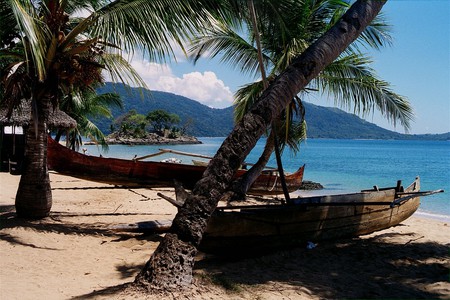 You’ll get to taste the local koba cake

Don’t judge the flavour of this cake by its appearance! In western society where people tend to prefer European-style dishes, this brown cake has recently gained a prestigious place among desserts during luxury weddings, being presented with vanilla ice cream. One of the most traditional Malagasy foods, koba is a cake made of peanuts and rice flour. It is sold by street vendors, or in a tightly-packed tin in supermarkets. It makes for an authentic gift for friends upon your return. 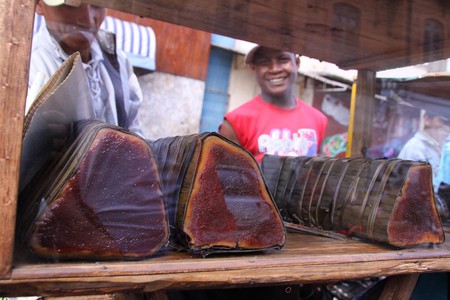 You can help through volunteering

Madagascar is the fifth poorest country in the world and, with our time on this earth being so short, giving a helping hand at least once in your life is always more than welcome. Many volunteering opportunities are available with local organizations: you can teach French or English to children in remote villages, help environmental NGOs with scientific research and above all, work in the humanitarian sector by helping non-profit organisations which look after sick children from impoverished areas, most of whom suffer from critical illnesses.

It’s home to the biggest baobab ever

Known as the bottle tree, the baobab is also called ‘reniala,’ which means ‘mother of the forest’ in the Malagasy language. Six out of eight existing baobab species can be found in Madagascar, where they form a vast forest in semi-arid regions in the south. Some baobab can reach 29.52 ft (30 meters) high and 98.4 ft (9 meters) in circumference. Enough to remind how small you are regardless of your size, these natural jewels will leave you mesmerised. 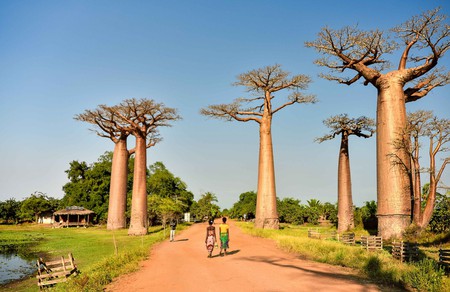 The local rice-and-romazava-soup combo is a delight

If you’re tired of eating heavy and fatty meals, it’s time to go to Madagascar and try this particular traditional meal. Romazava is a soup essentially prepared with different leaves and meat, which is an optional addition. Though its preparation varies from one region to one other depending on available leaves, the final mixture is a tender tasting dish typical of tropical regions. When prepared without meat, romazava is suitable for vegetarians knowing that its taste comes primarily from the leaves it contains.

Madagascar has its own version of the American Grand Canyon: Isalo National Park. Covering more than 80,000 hectares in the south, millions of years ago this wonder was beneath the sea, and today is the most visited park in the country with more than 30,000 visitors per year. Though you can swim in natural pools if you’re tired between trecks, Isalo is Madagascar’s first wildlife hotspot, so be ready for extreme adventures and sensational views in the wild. A whole week may not be enough to see it all but enjoy your stay, regardless of how long you’re here for. 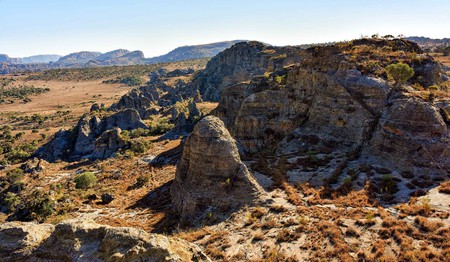 For a short stay or a gap year, living in Madagascar is not that difficult. Unless you a are very particular about food or hotel quality, you can have good and affordable meal with €5 (USD$6.25), and rooms start at around €12 (USD$15). You can spend even less if you eat local food. Because of this, many Europeans have decided to spend their retirement here, as you can live far better in Madagascar than in Europe. If you’re a digital nomad, you can easily work and travel here at the same time.

There are some great surfing spots

From May to October, you can enjoy great surf breaks in some epic surf zones. These are located in the southernmost or northernmost points of the island, and along the whole region of the vezo people in the south. Part of the eastern region also offers amazing surfing waves due to its rugged coastline. Madagascar opened its surf school in 2003 in Mahambo, and while the island is ideal for beginners, it’s also a must-see surf trip destination for advanced surfers too. If you’re looking for awesome waves, put Madagascar on your bucket list.

It has a stunning World Heritage Site

You’ll need a guide to visit this World Heritage Site. The Bemaraha Tsingy is one of the oldest national parks in Madagascar and is formed with majestic limestone formation covering a labyrinth of 72,300 hectares. Created in 1927, the park has long piques the curiosity of geologists and botanists around the world. With unique views, the park can be visited on a four-day excursion offered by most local tour operators, and is home to some 90 bird species, 10 types of lemur, and eight species of reptiles.