The Space Of Control: Fascism and Architecture in Libya

When Italy colonized Libya, it was viewed as the opportunity to orchestrate the ‘perfect’ Fascist State, through its control and design of space. The resultant impact on a country so culturally different to its colonizers is still felt today.

Libya was first under Roman dominion in 146 BC, yet the conquerors had been entirely driven out of the region by 670AD. In the 19th century Europe again looked south, as the infamous Scramble for Africa saw the invasion, colonization and subjugation of vast tracts of the continent. Italy only unified as a country in 1871, so was late to join the race. Still, as a nation it was eager to carve off its own chunk, as colonialism became a way of giving the country a goal to reach together as a whole, that would prove its position in international relations. 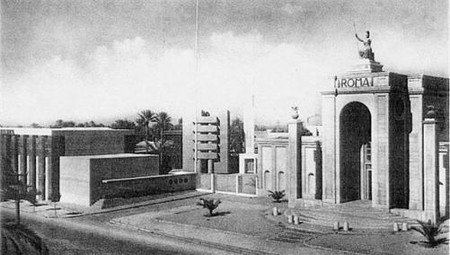 By World War I, Italy had annexed Somalia and Eritrea, and was still struggling over Libya. Although the colonial period began some time before the Fascist era, Italians tend to associate it today with Mussolini. Italians are still trying to come to terms with the atrocities committed in their colonized countries, including the use of chemical weapons. Angelo Del Boca was the first historian who challenged in the 1990s the idea that the Italians were brava gente (good people; giving the idea that they had been more humane as colonialists than other countries) during their colonial years. 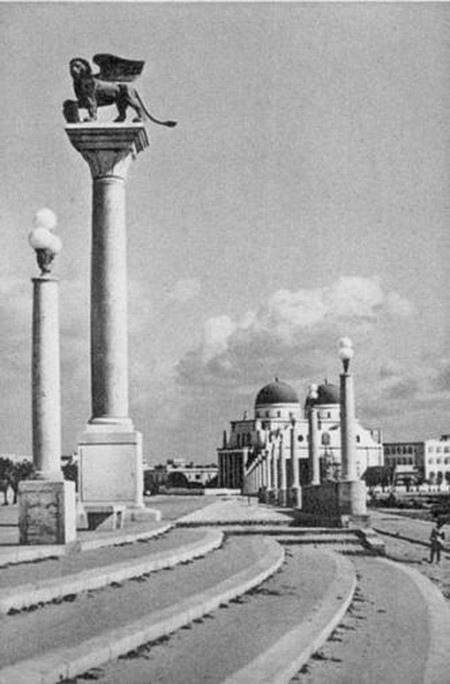 Although Italy’s colonial period began before Fascism, it was Mussolini who declared the Italian Empire in 1936, including Libya, Eritrea, Somalia and Ethiopia. The period was very short: the Peace Treaty with Italy in 1947 formally ended the Italian Empire, although Italian settlers were not forced to leave until 1970. Rather than looking merely at the events and dates of Italy’s presence in Libya, the question is whether the Italian use of space in Libya can be described as distinctly fascist or not.

The use of space in Libya represents the physical manifestation of how Italian colonial control functioned. The Italians controlled and designed space in Libya as a means of forming an example of the perfect Fascist Italy, in particular via architecture and infrastructure, but also agricultural and cultural methods, such as education. Fascists wanted Italy to return to the power of the Roman era, romanticizing ‘rurality’ and hoping to reach autarky, or self-sufficiency. As part of this creation, Italy needed to populate Libya with Italians: specifically good Fascist Italians. In order to do this, mere encouragement to move to Libya was not enough, so the Governor General of Libya, Italo Balbo, organized the relocation of Italian peasants to live and work the land of Libya. 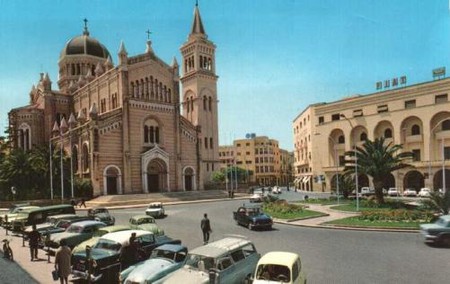 These people were known in Fascist propaganda as the ventimila or twenty thousand. For Italy this was meant to solve a dual problem: that of overpopulation and severe poverty, particularly in the South and the Veneto areas of Italy; and that of too few people in Libya to manufacture the space framed by the colonizers. In the end, twenty thousand people were not going to make a huge impact on these problems in Italy, but their presence in Libya is very interesting. Balbo organized an amazing feat for Fascist propaganda by transporting approximately sixteen thousand Italian peasant farmers to Libya. In preparation for their arrival, villages were built across Libya; mainly nearer the coast and in the more fertile parts. This idea of creating peasant villages on what was thought of as ‘empty space’ can be seen as an embodiment of Fascist ideology and also proving its functionality as a practical structure. 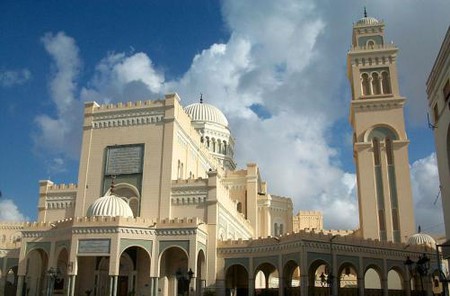 Since its conversion in the early 2000s, the former Tripoli Cathedral is now The Algeria Square Mosque | © Abdul-Jawad Elhusuni

The ventimila villages were not the only Italian settlement in Libya: there were also those of longer standing in the main cities, especially Tripoli and Benghazi. 26 separate villages were created for the farmers to come and work in. The idea was to transform Libyan space into an ideal of fascist life, as well as proving to the international community fascism’s success by converting desert lands to their former Roman glory, but along modern lines. As such, many of the buildings in these cities can be read as a Modernist interpretation of Palladian architecture. 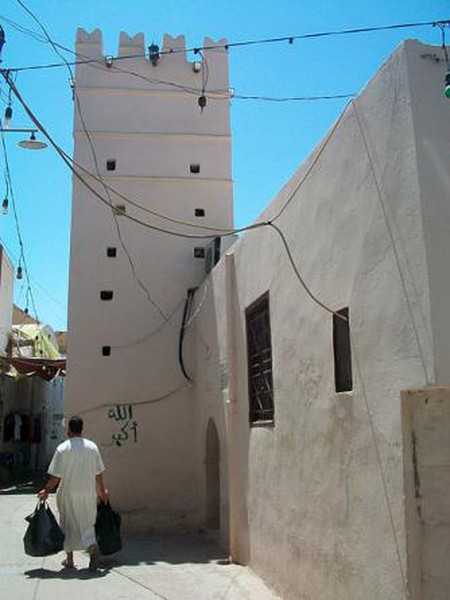 The people chosen to occupy the villages were carefully vetted so they would fit in with the image of the ‘perfect’ fascist. As well as having to be members of the fascist party, they had to have a peasant background so they would be strong enough to work the land in Libya. They had to be a nuclear family unit of as many people as possible. The villages were designed to be self-sufficient, although it was also expected to take some time before enough crops were grown for them to be really independent. Thus, after their long journey by boat and then across Libya, the ventimila families were given enough basic food ingredients to last them some time, including potatoes, macaroni, rice, olive oil, tomato pulp and vinegar.

In this way the colonizers’ lives were designed and formulated to the smallest detail by the Fascist leaders. The villages all had a post collection point, a school, a doctor’s office, a church, a Fascist party branch and a police station. The buildings themselves also look very much like the constructions in Italy built during the time, such as EUR, south of Rome. This enterprise cost the Italian state huge amounts. This agricultural colonization could be considered an entirely ideological means of using space, for the financial benefits were few. 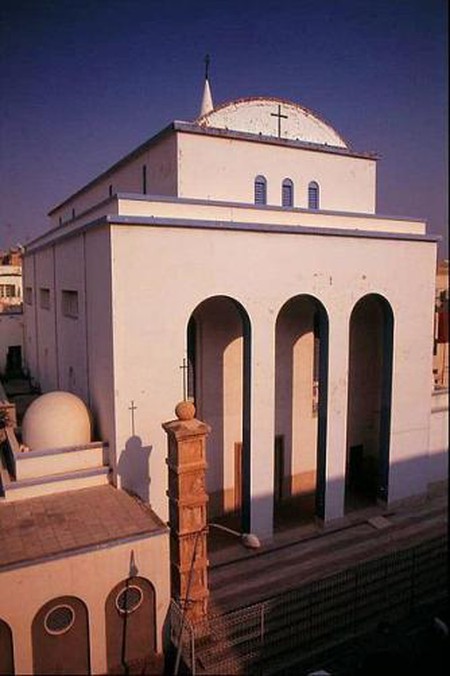 Even though the building design followed the fashions of fascism, the space created to live in was distinctly Italian: more importantly, it was not Libyan. Typically the Italian settlement villages had a central square, therefore maintaining a point of reunion and the spatial shape of Italian life. These spaces do not take into account the privacy and needs of the Libyans; typical Arab houses have a positive space bias, therefore allowing more private internal space for the family. This means the creation of private courtyards, open to view only by those in the house, rather than having gardens around the exterior of the house. In order to make Libya appear even more like Italy, signs and symbols of Italy’s powerful history were transported to Libya. An example of this is the rebuilding of the two columns that stand in Piazza San Marco in Venice overlooking the sea in Benghazi. They had absolutely no historical place in Libya and not even any symbolic meaning for the fascist regime, but they helped recreate Libya into a real Fourth Shore of Italy.

This little known area of Italian history helps us to see a different perspective of Italy but also of the Libyan revolution. Libya has had centuries of foreign rule: before Italy, Libya was part of the Ottoman Empire. It shows the many levels of external groups’ expression that make up today’s Libya. The Libyans will now have to work out how to form a new Libya and create their own expression from this, just as the Italians and Gaddafi did before them.