George Weah's Liberia would Bring as much Caution as Optimism 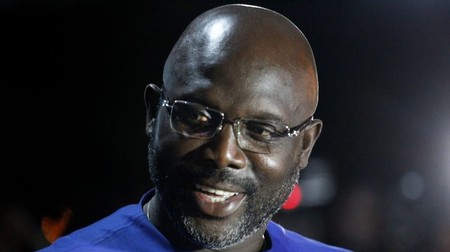 Amid the ongoing claims of election fraud, George Weah looks set to become Liberia’s new president. Can the former footballer take his country from its knees to relative prosperity in a system where corruption and politcal infighting is clearly still rife?

Having grown up in the slums of Monrovia, Weah went on to become one of the world’s very best footballers. His career began in the domestic league in Liberia, before Arsène Wenger (then-Monaco manager) signed him as a 22-year-old. Seven successful years in France – four on the south coast with Monaco and three in the country’s capital at Paris Saint-Germain – lead to a move to Italian giants AC Milan, linking up with club legends such as Paolo Maldini, Demetrio Albertini and Dejan Savićević, as well as manger Fabio Capello.

Shorter stints at English clubs followed in the latter part of a career that brought with it five league titles and six cup wins, as well as three African Player of the Year awards and one Ballon d’Or. His time with the Rossoneri is permanently etched into the minds of Football Italia‘s generation of fans thanks to his incredible end-to-end goal against Verona in 1996. It was his club career that propelled him to international stardom, with Liberia consistently failing to qualify for the World Cup. Even Weah’s shoulders were not broad enough to take on such a load – you can place his international file in the same pile as Ryan Giggs, Jari Litmanen or Abedi Ayew, all with exquisite, individual brilliance, but not enough to carry a national side far below their own personal level.

Weah’s political career started shortly after retiring from football. Following the end of the Second Liberian Civil War in 2003, he ran for President against Ellen Johnson Sirleaf (who won the second runoff against Weah and has been President ever since). While Weah’s popularity was enormous, his critics pointed to his lack of elite education, especially when compared to Sirleaf who had studied at Harvard and is a Nobel Laureate.

In the years since, the former footballer has remained a part of Liberia’s politics, while gaining a degree in business administration at DeVry University in Miami. Three years ago he was elected to the Senate, as a candidate for the Congress for Democratic Change, the party he had helped form in 2005 in order to run for the presidency.

Sirleaf has since overseen a period of relative peace and stability in her two terms, but this is only relative to what preceded her tenure. Issues such as ‘a slump in commodity prices’ and the outbreak of Ebola epidemic saw Liberia’s GDP grow only 0.3% in 2015. It has been fourteen years since the official end of Liberia’s second civil war and there is now a growing sense for something more, with people crying out for improved infrastructure and greater employment opportunities. Sirleaf herself has admitted her ‘administration had fallen short in its fight against corruption’ and giving three of her sons top governmental positions while in power has done her no favours. 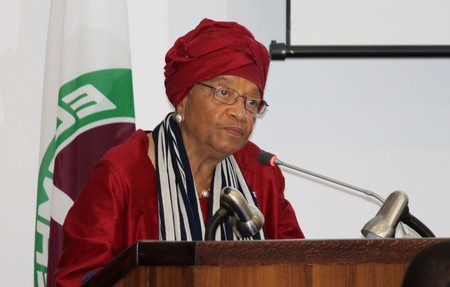 Sirleaf has reintroduced the death penalty. Sexual violence and rape remain a large problem and spousal rape is not a crime. As part of the 2003 Accra Peace Agreement, Liberia was supposed to create an Independent National Human Rights Commission and, under Sirleaf, the Independent National Commission on Human Rights Act was passed into law. However, according to Amnesty International, it took over five years to actually be implemented, meaning the country “experienced ongoing violence and internecine conflict, striking deficiencies in judiciary, police, and corrections operations, vigilante justice, and high incidence of rape of women and girls.”

To this day there remains incredibly strict libel laws, with the country’s overcrowded prisons failing to meet the standards of international human rights. Amnesty International states: “Across Liberia prison conditions remain appalling and prisoners suffer from overcrowding in dark, dirty cells without adequate food or health care. The majority of prisoners have not been convicted and can spend years waiting in pre-trial detention because they can’t access legal aid and due to lengthy delays in the justice system. Delays in the justice system compound the other pervasive human rights challenges including extremely high rates of sexual and gender based violence (SGBV).”

Yet the question remains as to whether Weah’s national hero status masks some very questionable associations. Weah’s running mate is Jewel Howard-Taylor, the ex-wife of former president Charles Taylor, a convicted warlord currently serving a 50-year jail sentence for ‘aiding and abetting rebels who raped, killed and mutilated civilians in neighbouring Sierra Leone.’ This is in addition to, according to the Global Policy forum, ‘stealing and diverting $100 million of his country’s wealth to buy houses, cars and sexual partners.’ 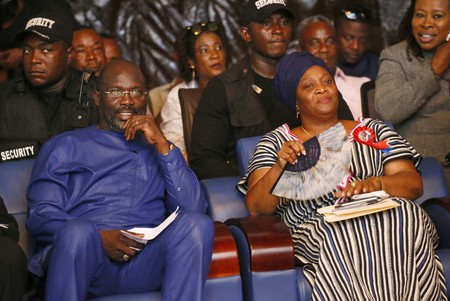 Mandatory Credit: Photo by AHMED JALLANZO/EPA-EFE/REX/Shutterstock (9180435n) George Weah (L) presidential candidate for the Coalition for Democratic Change (CDC) sits with with running mate, Jewel Howard Taylor (R) at a press conference in the Liberian house of Parliament in Monrovia, Liberia. 30 October 2017. Liberians will vote in presidential runoff election, between George Weah of the Coalition for Democratic Change(CDC), and Joseph Nyuma Boakai, incumbent vice president and presidential candidate for the Unity Party (UP), on 07 November 2017 to elect a new president to succeed incumbent president Ellen Johnson Sirleaf, who is concluding her second and final term in office. Presidential run off election, Monrovia, Liberia - 30 Oct 2017

In this year’s election, since winning the first round of voting, Weah has been endorsed by a former rival, Prince Johnson. This is the same Johnson who oversaw the torture and killing of former president Samuel Doe, sitting and drinking a beer as Doe’s ear was cut off in front of him. Video footage of the entire event was posted online. Doe had staged his own violent military coup in 1980, before heading a fraudulent party backed by the United States thanks to its leader’s anti-Soviet leanings.

The 2017 second runoff presented Liberians with two options, neither of which seemed ideal. Joseph Boakai was a continuation of what had preceded, the Vice-President of the ruling Unity Party, with all the nepotism and corruption allegations that came with it. Ibrahim Al-bakri Nyei, a politcal analyst and researcher in Liberia, says local opinion sees Boakai as ‘a loyal and principled individual with a wealth of experience in government, who has promised improved infrastructure, economic indigenisation and a public service manned by competent home-based professionals.’ Interestingly, Boakai was never backed by Sirleaf, despite being her right-hand man for 12 years, but the association seems enough for voters to seek greater change.

The alternative was Weah, whose global appeal is clear, but who harbours concerning allegiances to those with a barbaric past –people who he has previously denounced. Will his rags-to-riches cliché mask the potential risk of becoming the play thing of coalition puppeteers? Nyei warns against any optimism regarding Weah, explaining that ‘with close allies of Sirleaf, including members of her cabinet, supporting Weah, and the opposition leader’s recent promise to “protect” Sirleaf and her family if elected, observers are questioning the credibility of his campaign for change.’ The Institute for Research and Democratic Empowerment has also criticised Weah’s ‘chronic absenteeism in the legislature.’

That second runoff should have happened in early November, and still Liberia waits. Charles Brumskine of the Liberty Party, beaten into third place in the first round of voting, claimed the October 10th first round was subject to widespread fraud, and the Supreme Court ordered the National Elections Commission (NEC) to investigate. The resulting investigation deemed irregularities surrounding voting had no affect on the vote – hardly the most reassuring of endorsements – but the general view from neutral outsiders is that the votes were largely fair.

Despite there being many wide-eyed fans hoping for change, there are still a lot of sceptics. One Montserrado (where Weah is senator) resident claimed Weah ‘is not the rightful candidate we need right now for this country. Since he entered the House of Senate, we have not seen anything tangible that he has done. Despite Weah’s seeming compassion for the ordinary Liberians, Weah has not invested in Liberia and its youth like other global football icons have done back in their home countries.’ Didier Drogba’s charity work and foundation in the Ivory Coast would be one of the most high profile cases of such work, although even that has had its own issues regarding corruption and funding, although it has been cleared by an inquiry from The Charity Commission.

The role of Liberian president is a near-impossible one for anyone to take on. War and disease has left the country in desperate need for greater infrastructure, and with limited funds to improve it. The cost of living continues to rise in a country where the rate of unemployment sits at 85%. Weah is more politically savvy than he was when he first entered the political sphere, and his opinion carries greater weight, but his hero status will plummet dramatically if he fails to help the struggling population. He has always claimed to be a man of the people, from the very same slums as them, but battling against a distrusted and problematic system will be tougher than anything he has achieved in his incredible life thus far and he’s yet to fully prove he’s not a part of that same system.