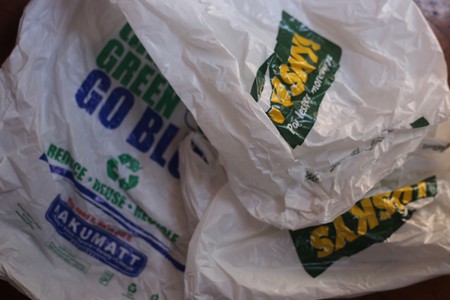 A plastic bag ban was put into effect in Kenya on August 28, 2017 | © Marieke Lensvelt, www.mariekelensvelt.com

On August 28, all Kenyans received a text message from the National Environment Management Authority (NEMA), announcing the plastic bag ban that would be taking effect that same day. From that day onward it became forbidden to produce, sell or even use plastic bags in Kenya. With this ban, Kenya is quickly joining other African countries in their fight against plastic.

From littering along the road and clogged drains to humongous garbage dumps, the excessive garbage problem in Kenya is no secret. With a whopping 100 million bags handed out by supermarkets alone, the plastic problem in Kenya has become poignant. The mode of disposal has been a major challenge, especially in more rural areas. At a loss for what to do with their waste, Kenyans turn to burning it along the road or dumping it in undesignated areas. The garbage problem finds its way directly to people’s plates, as domestic animals, such as cows, chickens and goats, graze the littered streets, and farmers see their livestock die from plastic-filled stomachs. 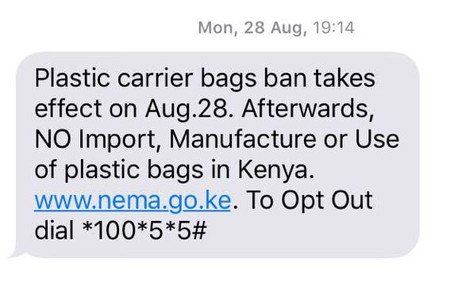 The NEMA in Kenya announces the plastic bag ban on the 28th of August | © Marieke Lensvelt, www.mariekelensvelt.com

This ban marks the third time since 2005 that government officials have tried to phase out the use of plastic bags in Kenya. Other bans have focused on a certain level of thickness of the plastic, and have failed to pull through. This time around the government is not easing into it: Kenyans who produce, sell or even use plastic bags are risking a fine of a whopping US $40,000, or up to four years in prison, making this the world’s toughest law aimed at reducing the use of plastic.

The Kenya Association of Manufacturers has complained that the six-month notice given before the ban was not enough to relocate the more than 60,000 employees of some 170 plastic manufacturing companies. Others have criticized the ban as being another opportunity for government officials to extort residents in a country that already has a problem with bribery, as reports have been made of incidents of police stopping cars for a car search, or harassing residents over having plastic bags. 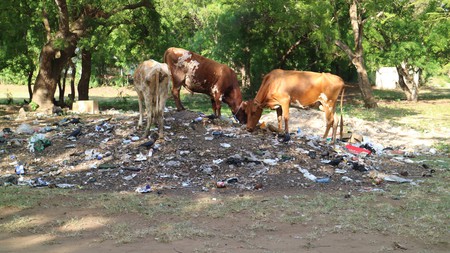 Slowly Kenyans are adjusting to a life without plastic bags. It is creating new business opportunities for smart traders, who are quick to sell fashionable and reusable bags on Facebook. Other photos have been showing up on the internet of Kenyans relying on their creativity to replace plastic, such as that of a girl using banana peels as a bag, or people carrying their groceries on strings.

Only time will tell if this strict ban will bring about the mindset that is needed for the eradication of plastic to be effective this time round. Hopefully Kenya will follow the example of Rwanda, who has successfully implemented the plastic ban since 2008. For now, you don’t want to be caught with a plastic bag in Kenya.