Why the Rhino Can Breathe Easy in Kenya Again 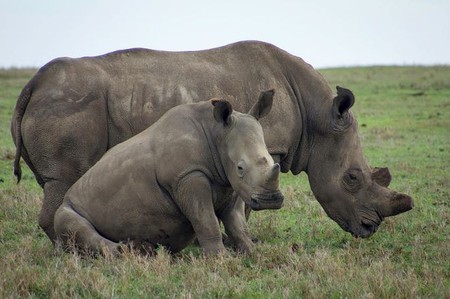 There are many factors that have contributed to species finding themselves on the endangered list. Poaching is the major reason behind the dwindling numbers of rhinos.

One of the most important wildlife areas in the country with the highest diversity of wild animals in the region sits in Kenya’s Laikipia county . While this is a blessing for the county, it is also a curse as poachers descended on this area frequently in order to kill rhinos to supply the illegal but profitable rhino horn trade.

Interestingly, Laikipia is home to the highest number of endangered mammals, ranging from rhinos to Rothschild giraffes, and from African wild dogs to the Jackson’s hartebeest. Of all the above, the drastic decline of the rhino population is the most noticeable, and now, this magnificent beast is on the verge of extinction unless drastic action is taken. 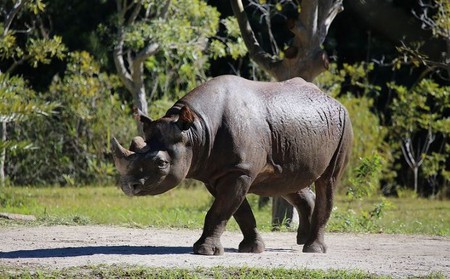 To help put the gravity of the situation in context, the black rhino population in the 1970s was well above 20,000; because of indiscriminate poaching over the years, the numbers plummeted to the 200s by the 1980s. Rhino horns are in great demand in the Asian market for making Chinese traditional medicines and talismans. The market is willing to pay a handsome price for these horns, thus encouraging poaching. The proliferation of firearms in the Laikipia area originating from neighboring Somalia has further exacerbated the problem, as bandits are able to acquire more sophisticated firearms and ammunition from the black market for their poaching activities.

By the 1990s, it was clear to the government that the remaining rhino population was at risk of extinction, because they were few and too spread out to breed successfully. The Kenya Wild Life Service (KWS) and partner conservationists in Kenya reached a consensus of strict protection of the rhinos, in order to conserve and protect the remaining population. This led to the creation of the Association of Private Land Rhino Sanctuaries (APLRS), which was formed under the auspices of Kenya Wild Life Service to spearhead the protection of this magnificent beast in highly protected private lands in Laikipia county.

The rhinos in Kenya can now breathe a sigh of relief as the efforts of these sanctuaries have ensured that their safety is guaranteed for now. Presently, there are seven member sanctuaries in Laikipia county. They include the Lewa wildlife conservancy, Ol Jogi game Reserve, Big Life Foundation, Borana Conservancy, Solio Game Reserve, II Ngwesi Group Ranch, and Ol Pejeta Conservancy.

These rhino sanctuaries have unique luxury lodges that are open to local and foreign visitors, where they can have unforgettable experiences and interactions with the rhinos and other wild animals. 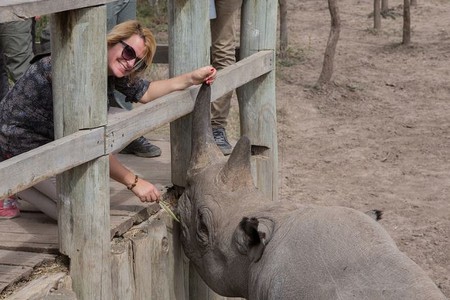 Among the rhinos in these sanctuaries are the black rhino, which was critically endangered but whose population is once again steadily growing as a result of conservation efforts. In fact, from a mere four in 2009, numbers have now risen to well over a hundred.

At the Ol Pejeta conservancy you can expect to see the two last surviving female northern white rhinos on the planet, Fatu and Najin. Unfortunately, the last surviving male white rhino, Sudan, passed away in March, aged 45 years. 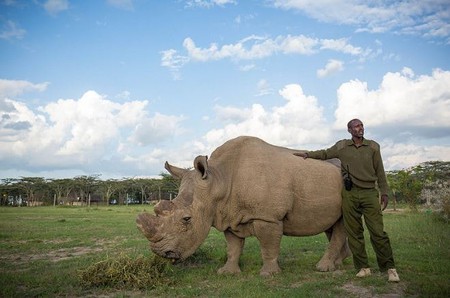 Sudan, the last male white rhino in the world | © Make it Kenya / Flickr

The northern white rhino is a subspecies of the white rhino that once roamed freely over parts of Uganda, Sudan, Chad, and the Democratic Republic of the Congo.

The volunteer program in these sanctuaries is unparalleled, as they combine luxury stays with tangible ways of helping the rhinos in Kenya and beyond. They are also open to donors who would like to contribute toward the conservation of rhinos in Kenya. These volunteer programs have been instrumental in keeping the fight for the rhino alive even after people have left the sanctuaries and returned home.

Government, technology, and donors have played a key role in these conservation efforts. Poachers are now deterred, largely due to the increased presence of rhino security personnel, tracker dogs, rhino-tracking equipment, informer programs, and airplanes providing security patrols along the rhino sanctuaries.

Now the rhinos can rest easy and enjoy the protection of the APLRS, as the teams work methodically to provide biological management, maximum growth, and genetic diversity in order to ensure the continuity of this unique mammal.