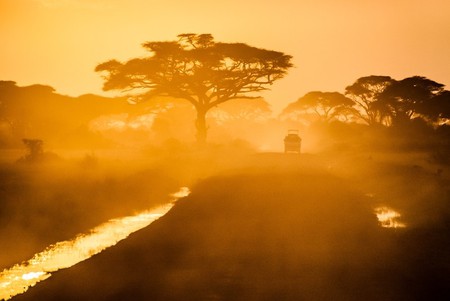 A pair of male lions in Kenya were spotted in a passionate embrace – and people aren’t happy about it.

The encounter, which lasted for around a minute, involved the lions being affectionate and gentle with each other, and seemingly enjoying the experience.

The event was captured by wildlife photographer Paul Goldstein and took pace in Kenya, where sodomy is a felony, at Masaai Mara National Reserve.

The mating has proved controversial in Kenya. Ezekiel Mutua, the chief executive of the Kenya Film Classification Board (KFCB), is disgusted and has made homophobic comments about the animal’s behaviour. Speaking to the Nairobi News, he said: ‘These animals need counselling, because probably they have been influenced by gays who have gone to the national parks and behaved badly. I don’t know, they must have copied it somewhere or it is demonic. Because these animals do not watch movies.’

While the idea of two men having sex in the open in front of the lions would be unlikely, he does admit that it’s not up to the KFCB to ‘regulate animals’.

The photographer spoke about how loving the lion’s behaviour seemed, and how one of the big cat’s heads rested on the other.

Talking to the Daily Mail, he said: ‘Sometimes you just see something that takes your breath away. I was guiding in the Masai Mara recently and we saw two impressive alpha males in perfect light. After a while they stood together, in perfect symmetry. What then happened was remarkable.

If our lions begin this homosexual behaviour then that will surely be the end of the animal species. https://t.co/JL5wGR4NHW

‘I have heard of this happening in Botswana but with nothing like this vigour, and indeed at various zoos and safari parks, but incarcerated animals will do strange things, who can blame them.

‘When lions mate it normally last a few seconds, these two were at it for over a minute and the obvious affection afterwards was very evident, as opposed to the violent withdrawal when male and female mate.

‘Even as he dismounted he did not back off as is normal after mating, he crept round to the other male’s muzzle, for a nuzzle and threw a conspiratorial wink his way.’ 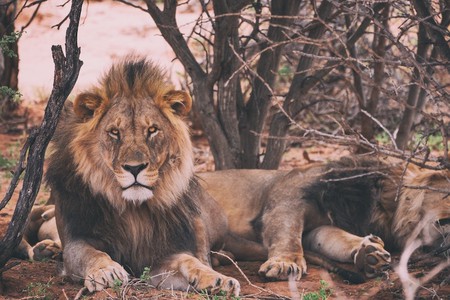 Can you feel the love tonight? | © Jonatan Pie / Unsplash

Male lions mating with each other isn’t as rare as you might think, with one study published in the 20th century saying that eight percent of scientist-observed ‘mountings’ were between two males. Lionesses have also been known to engage in sexual relations.

Flamingos, bison, beetles and warthogs have also been observed participating in same-sex relations.

University of Minnesota professor Craig Packer told the Washington Post that two male lions may have sex with each other because no females are available. ‘If there was a receptive female that would wander up about that point, they would stop that,’ said Packer, who compared the lions’ mounting to a dog humping a human’s leg.

Whatever the reason behind the mating, we wish the lions happiness in their future relationship.