The Top Things to Do and See in Mombasa, Kenya 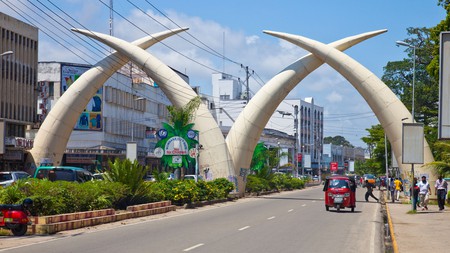 Once the largest port in East Africa, Mombasa is now a cosmopolitan city – part of which sits on an island surrounded by white-sand beaches and the Indian Ocean, and connected to the mainland by a causeway. Experience Kenya’s unique blend of cultures by exploring the Portuguese-designed Fort Jesus and taking a traditional dhow boat trip to Wasini Island.

Kick Back on Nyali Beach 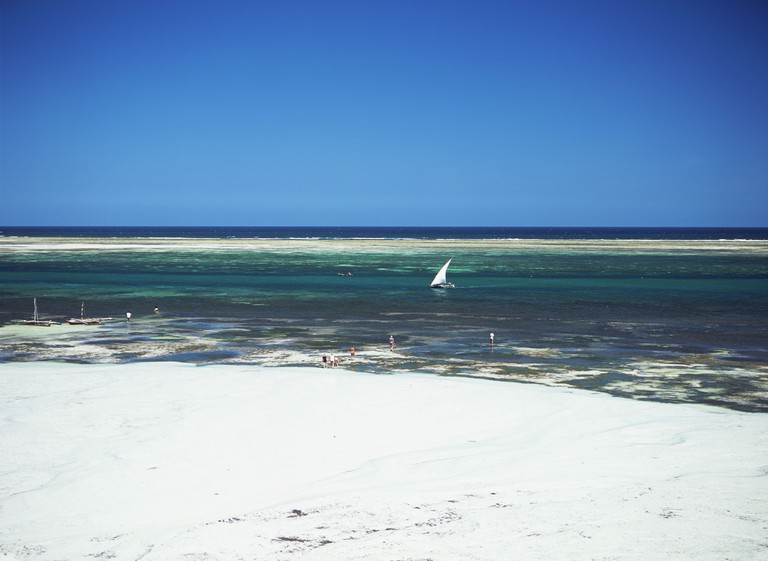 Mombasa gazes out onto the Indian Ocean, and as such, there are a number of beaches in the area that beckon visitors. Nyali is one of the best known and loved, connected to Mombasa Island by a large road bridge. The white sand beach rolls out into calm tropical waters and is overlooked by a range of gleaming hotels and spas – as well as areas where you can rent boats, learn to windsurf, or scuba dive over the vibrant coral reefs that hide just below the water’s surface. 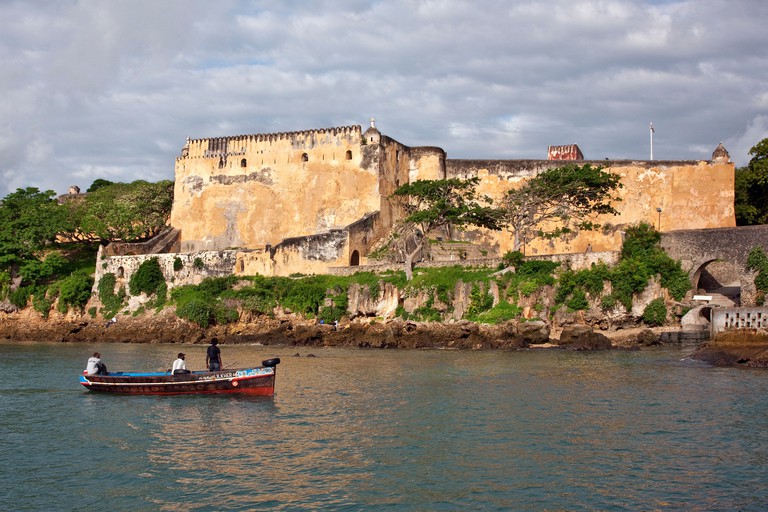 © John Warburton-Lee Photography / Alamy Stock Photo
Fort Jesus was constructed at the end of the 16th century in order to guard Mombasa’s Old Port. In the time since, it has come under numerous different occupations – and even briefly acted as a prison during Kenya’s rule by the British Empire. Now, it stands as a striking monument to that turbulent history and remains one of the most well-preserved 16th-century Portuguese forts in the world. Tour the fort itself, learn about the local conservation operations and take in the coastal vistas.

Seafood restaurants are dotted up and down the city’s central island, however, the Tamarind Dhow isn’t just a restaurant – it’s a boat. Arab dhow boats have been a common sight along Africa’s East Coast for centuries, but the Tamarind is unique, offering you the chance to munch on grilled lobster whilst floating on the sea. Enjoy a signature cocktail – or three – and take in live music aboard the 246ft (75m) wooden vessel. 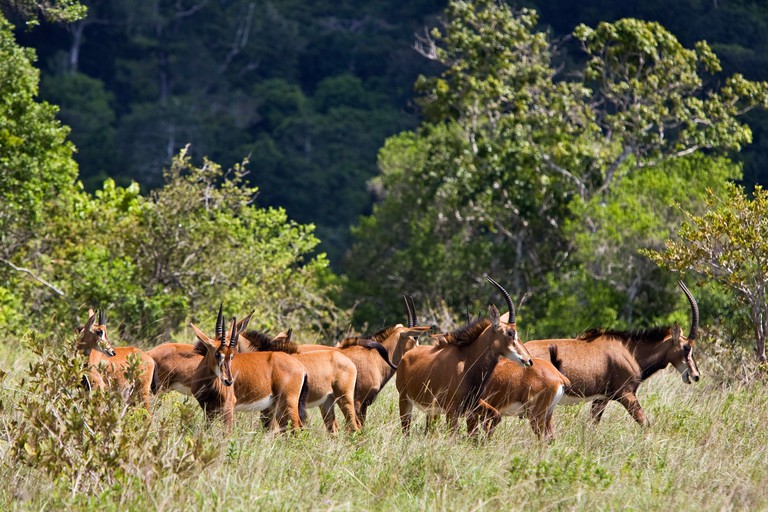 East Africa’s coastal forests are brimming with wildlife and Shimba Hills is a shining example of this, just under two hours south of Mombasa by car. The park has the highest density of African elephants in Kenya – as well as being home to leopards, giraffes, hyenas, colobus monkeys and much more. Join a safari to see the animals prowling through the grasslands or opt for a night walk to spot nocturnal creatures on their evening escapades. 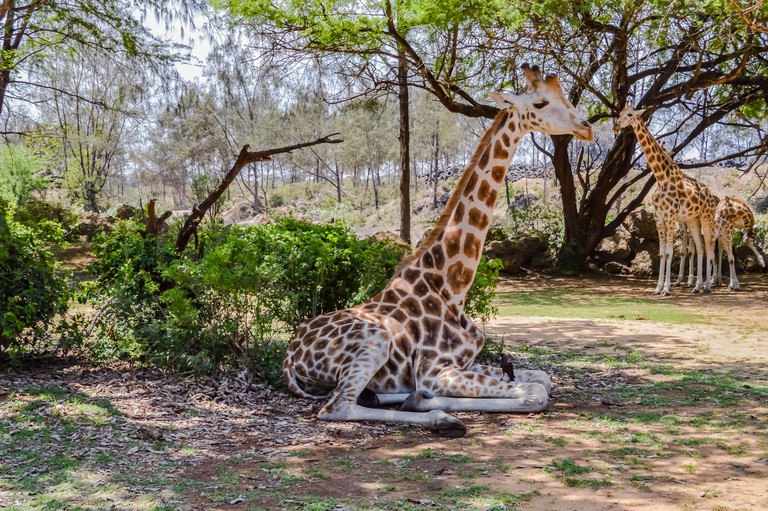 © Philippe Demande / Alamy Stock Photo
Bird enthusiasts and animal lovers should head to Haller Park. It was founded in 1971 when Dr René Haller transformed abandoned limestone quarries into a thriving nature reserve. Today, it’s home to giraffes, cape buffaloes, zebras, waterbucks and hippos. In fact, the park gained worldwide fame in 2004 when 130-year-old tortoise Mzee adopted the orphaned hippo, Owen – and the video became an internet sensation. Feed the giraffes, peek at the sunbathing crocodiles and watch out for the monkeys.

The Mombasa Marine National Park is not only popular for windsurfing, it’s also a top spot for snorkelling and scuba diving. Head beneath the waves to explore the mangroves and coral reefs where you’re likely to spot stingrays, seahorses and even turtles. Don’t like getting your hair wet? Book a tour on a glass-bottomed boat to explore the underwater world – without having to tug on fins and a snorkelling mask. 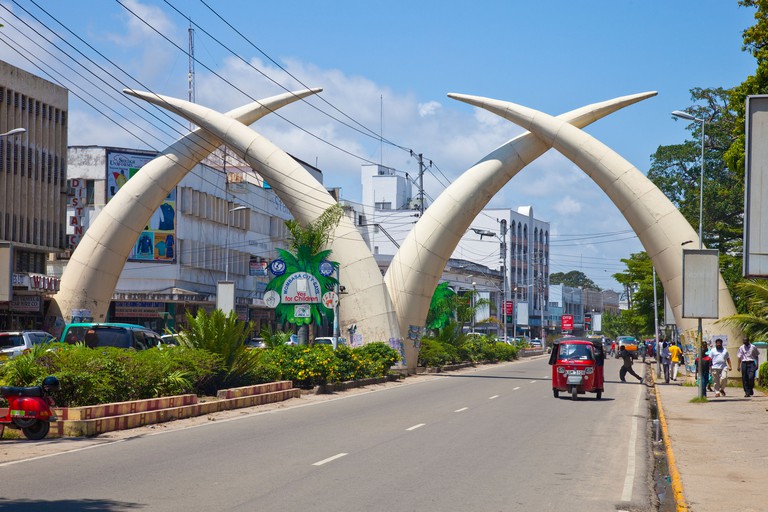 A trip to Mombasa is incomplete without a photo next to the famous Mombasa Elephant Tusks. Located in the city centre along Moi Avenue, the tusks were built in 1952 to commemorate Queen Elizabeth II’s visit. The intersecting tusks, made from aluminium, form the letter M for Mombasa and mark the entrance to the heart of the city. From a distance, the tusks resemble ivory and are known as “Pembe Za Ndovu” in Swahili, translating as “elephant ivory”.

Whiz Around in a Go Kart

If you have children – or you’re a kid at heart – then go-karting is always a good idea. Located on Malindi Road, Mombasa Go-Kart offers a thrilling go-kart race course surrounded by tropical gardens. Hop behind the wheel and see if you can beat your relatives across the finish line. Top off the outing with a bounce on the trampoline, paintball tournament or a bowling game.

Sail to Wasini Island on a Dhow Boat 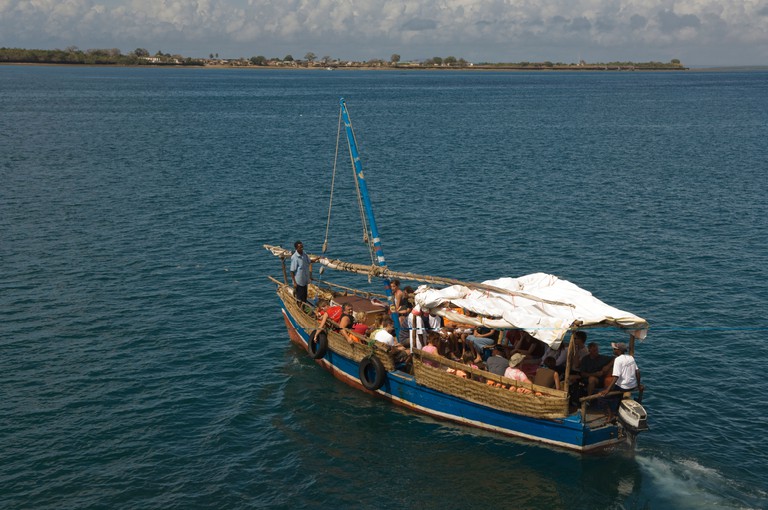 The tiny island of Wasini Island lies south of Mombasa. Excursions to the island from Mombasa by traditional dhow boat are very popular. En route, you’re likely to spot dolphins, plus there are opportunities to dive off the boat and snorkel in the surrounding coral reefs. Explore the Shimoni Caves – thought to have held slaves before their shipment to Arabia – and stop by Wasini Village for fresh seafood.

Park
Facebook
Email
Twitter
Pinterest
Copy link
Share
Take advantage of the opportunity to see East Africa’s largest crocodile farm at Mamba Village Centre. Keep your eyes peeled for Big Daddy, one enormous croc that lives inside the compound with his two wives. Not only will you learn more about these fascinating reptiles, but you can also watch the crocodiles fight for food during feeding time – usually after 4pm. Swing by the restaurant afterwards, which serves up game meat such as crocodile, ostrich and zebra delights.