Meet Wisetwo, The Kenyan Street Artist Who's Left His Mark Around The World 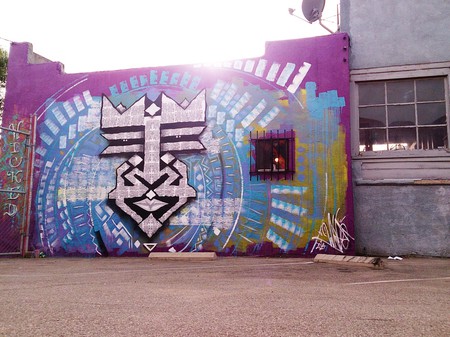 Spiritual now and then, Los Angeles | Courtesy of Wisetwo

These artworks are not a Picasso or Monet. But for years, graffiti has dominated the walls of urban settings all over the world. They beautify bland walls, convey different kinds of messages, and most of all, they are a creative expression of the artist. But for a long time, they were seen (and still are in some areas) as an eyesore and a problem. However, now this vibrant art form is becoming appealing to a lot more people. Wisetwo is one such street artist from Kenya, who uses a spraycan to beautify walls around the world.

Wisetwo’s artwork can be seen in many parts of the world. He has even been commissioned by international organisations to work on various campaigns. But it was not until 2015 that he got his own solo show that ran for six weeks. The exhibition was titled exposition: WiseTwo, and it was displayed at the Galerie Itinerrance in Paris, France. 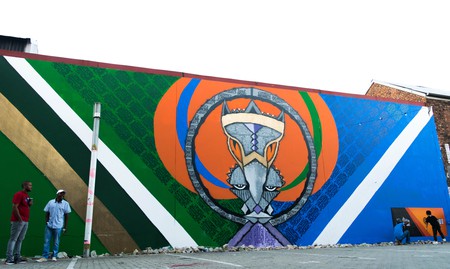 Locally, he has created a number of murals for various institutions, the most notable being the Kibera Peace Train campaign in 2012; a project spreading messages of peace in a part of the city that was hardest-hit during the post-election violence in 2008. In 2016, he was involved in the International Lead Poisoning Awareness Week campaign organised by United Nations Environment Assembly (UNEA).

Spiritual now and then, Los Angeles | Courtesy of Wisetwo

“What makes him stand out?” is one question on everyone’s mind. Wisetwo embarked on the graffiti road 10 years ago. Interestingly, he graduated with a business degree in International Relations, but a nine to five job in an office did not appeal to him. 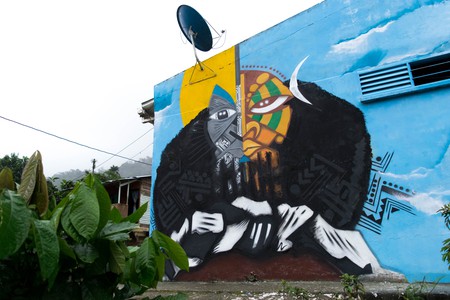 Unlike other street artists around the globe, he subsumes the African culture into his artwork. He is particularly fascinated by hieroglyphs. Although he can paint excellent portraits, his paintings are generally huge African masks, and this has become what makes him different and also his signature style. 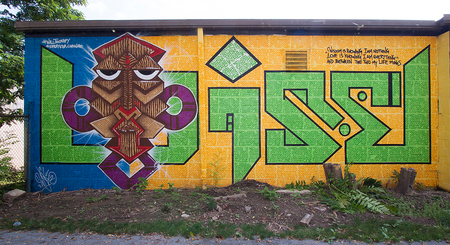 It is amazing to see his murals gracing the walls of buildings (and paintings hanging in private homes) in places as far away as Singapore, New York, California and much closer home, Rwanda and Tunisia. Yet, Nairobi, where he hails from, is not very friendly to graffiti art. Street artists are often hassled by the city council officers, as it is considered to be ‘dirtying’ the city. The international graffiti art scene does not help either, as it barely recognises street artists from Africa, regardless of their talent. The revolution of graffiti should be universal, not just in the western world. 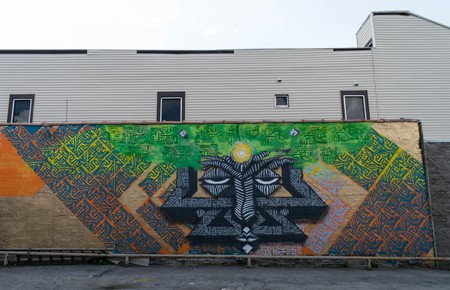 Resilience of the Soul Mural Rochester, NY | Courtesy of Wisetwo
Give us feedback