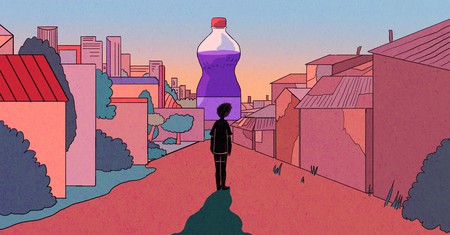 Kenyan writer Makena Onjerika’s short story ‘Fanta Blackcurrant’ is a heartbreaking tale about children living in the slums of Nairobi. First published in Wasafiri magazine in 2017, the story won this year’s Caine Prize for African Writing, with the judges praising the “humour, sorrow and intimacy” of Onjerika’s narrative. The author received £10,000 ($13,000) from the Caine Prize organisers, but has decided to donate half her winnings to aid the children who inspired her story. Read the opening to ‘Fanta Blackcurrant’ below.

She was our sister and our friend but, from the time we were totos, Meri was not like us. If the Good Samaritans who came to give us foods and clothes on Sundays asked us what we wanted from God, some of us said going to school; some of us said enough money for living in a room in Mathare slums; and some of us, the ones who wanted to be seen we were born-again, said going to heaven. But Meri, she only wanted a big Fanta Blackcurrant for her to drink every day and it never finish.

God was always liking Meri. In the streets when we opened our hands and prayed people for money, they felt more mercy for Meri. They looked how she was beautiful with a brown mzungu face and a space in front of her teeth. They asked where was her father and where was her mother? They gave her ten bob and sometimes even twenty bob. For us who were colour black, just five bob.

All of us felt jealousy for Meri, like a hot potato refusing to be swallowed. We thieved things from her nylon paper. Only small things: her bread, her razor blade, her tin for cooking. But some of us felt more jealousy for Meri and we wished bad things to fall on her head.

And then one day Meri was put in the TV. It happened like this: a boy called Wanugu was killed by a police. This Wanugu he was not our brother or our friend, but some boys came to where we were staying carrying sticks and stones and knives. They said all chokoraas, boys and girls, must go to make noise about Wanugu in the streets. Fearing them, we went and shouted ‘Killers, killers, even chokoraas are people’ until TV people came to look our faces with their cameras.

All of us wanted to be put in the TV. Quickly, quickly we beat dust out of our clothes; we stopped smiling loudly to hide our black teeths; we pulled mucus back inside our noses. All of us wanted to tell the story of Wanugu, how he was killed with a gun called AK47 when he was just sitting there at Jevanjee gardens, breathing glue and hearing the lunchtime preacher say how heaven is beautiful. He was not even thinking which car he could steal the eyes or mirrors or tyres. All of us told the story, but at night when we went to the mhindi shops to look ourselves in the TVs being sold in the windows, we saw only Meri. She was singing Ingrish:

Some of us looked Meri with big eyes because we had not heard that before she came to the streets she had been taken to school, from standard one to three.

We said, ‘Meri, speak Ingrish even us we hear.’

We beat her some slaps and laughed, but inside all of us started fearing that someone was coming to save Meri from the streets. All of us remembered how last year people came to save a dog because it found a toto thrown away in the garbage. We felt jealousy for Meri. She was never thinking anything in her head. Even if she was our sister and our friend, she was useless, all the time breathing glue and thinking where she could find a Fanta Blackcurrant. If anyone came to save Meri, all of us were going to say we were Meri. Some of us started washing in Nairobi river every day to stop smelling chokoraa; some of us went to the mhindi shops to listen how people speak Ingrish on the TVs; some of us started telling long stories about how long time ago even us we had lived in a big house. 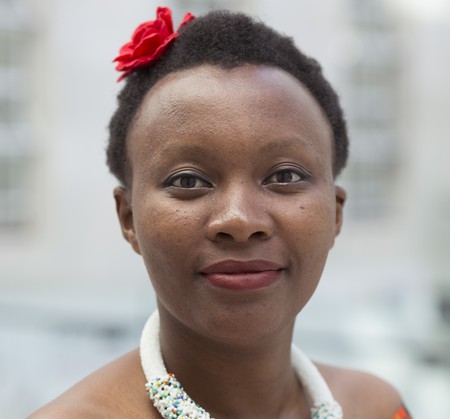 Days followed days and years followed years. But no one came to save Meri. We finished being totos and blood started coming out between our legs. And Meri, from staying in the sun every day, she changed from colour brown to colour black just like us. Jiggers entered her toes. Her teeth came out leaving ten spaces in her mouth. Breathing glue, she forgot her father’s name and her mother’s name. Every day her head went bad: she removed her clothes and washed herself with soil until we chased her. We caught her. We sat on her. We pinched her. We beat her slaps. We pulled her hair. We didn’t stop until tears came out of her eyes.

All of us were now big mamas. When we prayed people for money in the streets, they looked how we had big matiti hanging on our chests like ripe mangoes. We felt shame because they were seeing we were useless. In the end, all of us stopped praying people in the streets, even Meri. She followed us at night when we went to see the Watchman at the bank.

He said, ‘Me, I am only helping you because I am your friend.’

He said, ‘You only pay me ten bob and remain with ten bob.’

He said, ‘I will find you good customers.’

He was our friend, but when we asked him how to remove the toto inside Meri’s stomach, he chased us away, calling us devils.

He said, ‘Who told you me I know how to kill totos?’

All of us felt mercy for Meri. Maybe one time after a customer finished, she had forgotten to wash herself down there with salt water. Some of us said we knew a way to remove the toto using wires; some of us knew a way using leaves from a tree in Jevanjee gardens; some of us started crying, fearing even us wehad a toto inside their stomachs.

But Meri, she was just breathing her glue and singing a song to herself. In the mjengo where we were living, with two walls and one side of the roof removed, she sat the whole day under the stairs going nowhere, telling us which man had put the toto inside her stomach. First it was a man walking with a stick who gave her a new one hundred bob, and then she said it was a mzungu talking Ingrish through his nose, and then she scratched the jiggers in her toes and the lice in her hair and said no, it was the man who took her in a new car to a big house and washed her body and applied her nice smelling oil, asking her, does she see how she can be beautiful. We asked ourselves if she thinking to find that man. If she was thinking he was going to marry her and take her to live in that big house, eating breads and drinking milks.

All of us pulled air through our teeth to make long sounds at her because she was thinking like an empty egg, but some of us, looking how Meri was happy, gave her presents – soap remaining enough for washing three times; a comb broken some teeth; a mango still colour green. We wanted that when the toto came out she could not refuse for them to carry it and touch the stomach to make it laugh. Some of us started telling her which name was the best for the toto. We wished it to be a girl, even if boys are better, because boys can search inside garbage for tins, papers and bottles and take them to a place in Westlands to be paid some money. But girls are beautiful and you can plait their hairs and wear them clothes of many colours. All of us thought like this, but all of us could see the troubles coming to fall on Meri’s head.

Originally published in Issue 89 of Wasafiri.