James Mollison captures the many diversities of our world. He uses photography as a platform for universal understanding, going beyond the borders that mark our lands or the languages we speak. He exposes the omnipresent inequalities inherent within our world, while also revealing our intrinsic similarities. We explore the remarkable photography and career of James Mollison. 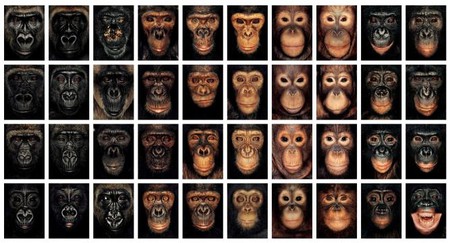 Born in 1973, Mollison was raised in Kenya, before moving to England at the age of five. After leaving school, he was admitted to Oxford Brookes University where he studied Art and Design. Afterwards, he went on to study film and photography at the Newport School of Art and Design. Once completing his studies the photographer moved to Venice to work at Fabrica, Benneton’s creative lab. His career has since been incredibly fast-paced; he was awarded the Royal Photographic Society’s Vic Odden Award in 2009 and appointed creative editor of Colors Magazine in 2011. He has been given opportunities to travel the world and work on projects concerning social injustice, producing commissioned and commercial work and has been published across the globe.

Mollison uses a typological process in his work, which involves collating many photographs on a similar topic. Rather than focusing on one individual image, he gathers his photographs into a collection to tell a larger narrative. The book is his most important medium after photography, as it allows him to disseminate his work to a large audience and display his collective work within one form. The photographer has produced four books to date: James and Other Apes(2004) which explores the similarities and differences between man and ape; The Memory of Pablo Escobar (2007) that investigates the history of one of the world’s wealthiest and most dangerous gangsters; The Disciples (2008) which examined the emulations of particular celebrities by their fans at concerts; and his latest book, Where Children Sleep (2010).

In Where Children Sleep, Mollison documented and photographed 56 children from all over the world, portraying each individual child and their bedrooms. Fabrica, an organization that wanted to engage with children’s rights, instigated the project. In comparison to conventional children’s charities photographs that depict youths pleading or emotively smiling at the camera, the photographer strove to present both privileged and less fortunate children realistically, depicting the inequalities that lie within our world. Mollison states that even though we are all supposed to be born equally, this is immediately disregarded with the contexts into which we are born and have no control over. His idea of photographing children’s bedrooms arose as he thought back to his own childhood and discovered the significance of his bedroom. He therefore decided to photograph children in a neutral setting – in front of a plain background. He reasoned that the photographs of their bedrooms would provide insights into each child’s life, while also highlighting some of the vast differences between them.

Ultimately, Mollison’s photographs show how simultaneously similar and different we are from one another. His work explores the diverse experiences of being alive in different parts of our vast world, focusing in particular on global inequalities. His photographs expose the disparities spread throughout our planet through the diverse situations that he captures.