How Technology Is Helping Fight Poaching in Kenya 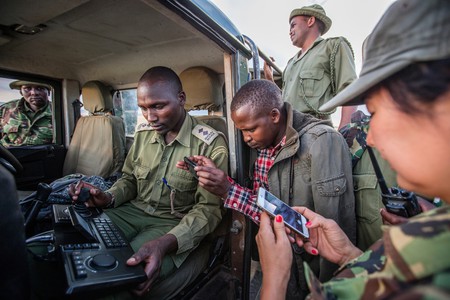 Across Kenya’s savannahs, World Wildlife Fund’s (WWF) Wildlife Crime Technology Project (WCTP) and its rangers are testing innovative technologies that could change the course of the global fight against wildlife crime.

In heart of the Maasai Mara National Reserve, a protected savannah in southwestern Kenya, ranger Ntayia Lema Langas is on a midnight mission.

Armed with vehicle-mounted night-vision cameras that help rangers spot humans up to half a mile away, Langas and his team monitor the savannah day and night, searching for poachers who previously turned to the cover of darkness to evade arrest. 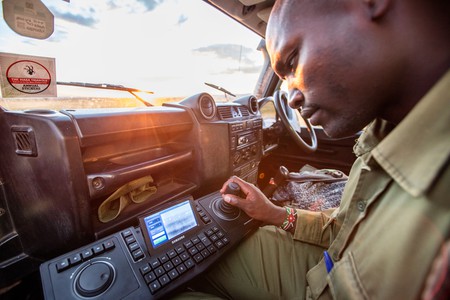 Even with these advanced cameras, however, the job of catching poachers on the savannah remains dangerous and difficult. “I was in the vehicle with Langas and we saw seven poachers walking along the river,” says Colby Loucks, senior director of WWF’s Wildlife Conservation Program. “They were really just a few pixels on the screen – you couldn’t even say they looked like humans. But Langas is so good after a few years of using the camera, he recognised the way the dots were moving as humans, versus animals.”

Patrol units in the field weren’t in a position to apprehend the poachers, so Langas and his team decided to chase after them – a race with potentially deadly stakes for both the animals and the rangers. “It’s pitch black – you can’t even see your hand in front of your face. But the vehicles went tearing across the savannah, lights off, to get ahead of the poachers. I thought for sure we were going to hit a termite mound and I’d get thrown from the truck,” says Loucks. “I still don’t know how they did it, but after about four to five kilometres [three miles] we set up and they caught four of the seven poachers. The other three escaped by crossing a river – a dicey proposition given the hippos and crocodiles.” 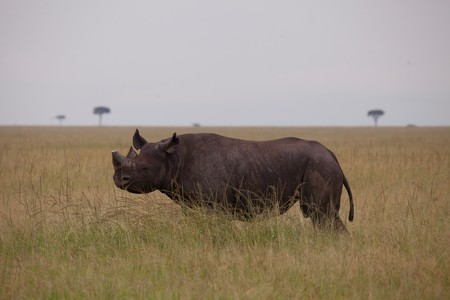 These arrests are just a few of those made since the launch of the WCTP, an effort first made possible thanks to a £4 million (approximately $5 million) Impact Award from Google.org. With an initial focus on piloting the use and integration of drones, wildlife tracking tags and a ranger patrol analysis software program called SMART (Spatial Monitoring and Reporting Tool), the WCTP has since trialled innovative technology from Namibia to Zambia. In Kenya, its work is currently focussed in two reserves: Lake Nakuru National Park and the Maasai Mara National Reserve. 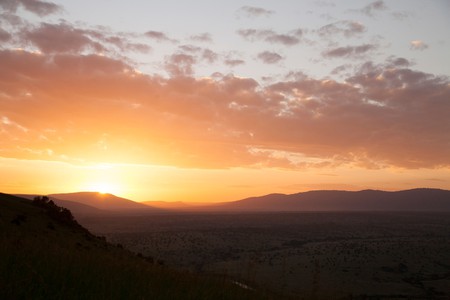 “At Lake Nakuru, we have a suite of FLIR static cameras that monitor much of the perimeter, and we use artificial intelligence to identify when humans enter the field of view. This helps the ranger in the control room monitor all of the cameras. He/she then interacts with patrol units if an action is needed,” explains Loucks. “In the Mara, we have two mobile long-range FLIR cameras mounted on vehicles, and each one has an operator and a driver. The FLIR thermal equipment allows a ranger to go from using a flashlight to see 10 metres [33 feet] in front of them, to being able to use some handheld units that allow them to spot humans up to half a mile [800 metres] away, giving the rangers a much greater advantage both in finding poachers and in terms of safety, both from poachers and dangerous wildlife.”

While the thermal night-vision tech has revolutionised anti-poaching efforts, it hasn’t come without its challenges, from finding in-country solutions for fixing damaged tech to protecting projects from the very animals that they’re working to conserve. “We’ve had elephants knock down poles that we installed cameras in Nepal, badgers attempt to dig up fibre-optic cables, baboons climb our surveillance poles and then rip apart the solar panels, and bees make nests beside our electrical components,” says Loucks. 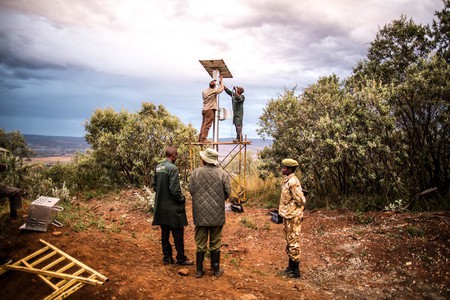 To help find solutions to tech conservation problems, the WCTP developed wildlabs.net, a community platform that connects engineers, technologists, academics and conservationists, “democratising technology and allowing global collaborations that would not have happened otherwise,” says Loucks.

Now the initiative is setting its sights on expanding its reach across Kenya and through partners like Cisco, getting FLIR cameras into the hands of rangers in other parks across Africa.

In Kafue National Park in Western Zambia, the WCTP is working to establish a communications backbone for the FLIR cameras to provide surveillance around the lake, a poaching hotspot for elephants.

“Kafue is the only park I am aware of that poachers pretend they’re fishermen on the lake, but then steal into the reserve, poach and pose as fishermen to get away,” says Loucks. “We’re hoping to disrupt and stop this method through 24/7 surveillance, advanced analytics of boat movements on the lake and improved communications. Our partner at Kafue – Game Rangers International – has trained 15 rangers who are beginning to use this system. It will take them a while to adapt their tactics to all the new information, but I have faith that we can make a difference.”

For Loucks, no matter how advanced the tech, the human element will always lead the way. “The rangers will always be critical to the success,” he says. “Langas uses his traditional knowledge of how wildlife and humans move and where they are likely go to translate a computer screen showing thermal black and white imagery. It’s quite amazing.”

He imagines a future where “poaching is stopped, wildlife is rebounding and no rangers are killed by poachers.” The hope is that “the technology has become as common as getting a uniform, boots or a radio. Communities embrace the work of the reserves and are active partners in managing wildlife. Tourism is robust. Some of the infrastructure projects threatening the reserves (roads, dams, railroads) are either revoked or modified”.

For now, Loucks, Langas and the WCTP continue to innovate, developing new technology to stop poachers in their tracks. 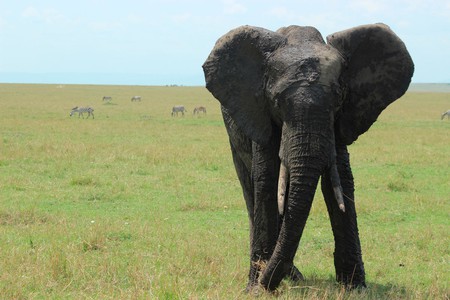