How Kenya Became a Leader in Mobile Money 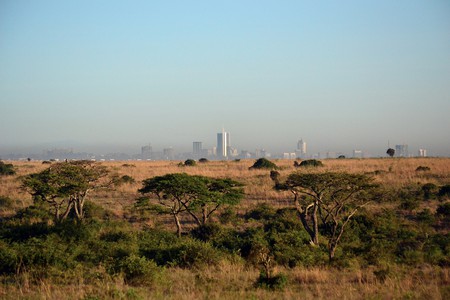 Mobile money systems like Apple Pay and PayPal are growing in popularity all over the world, but in Kenya, paying for goods and services with a phone has been common practice for many years, after a violent uprising led to the emergence of M-PESA.

In late December 2007, violence erupted in Kenya after the incumbent President Mwai Kibaki was declared the winner of the presidential election. Over the next 59 days, as many as 1,400 people died and 600,000 were displaced from their homes. The country’s infrastructure was shut down as the nation teetered precariously on the verge of civil war.

Just months previously, a mobile money technology called M-PESA was launched in Kenya by Safaricom, the country’s biggest mobile network operator. The research which led to the birth of M-PESA was funded by the UK’s Department of International Development and Vodafone, after the organization noticed that some Kenyans were using mobile phone credit as a form of currency.

M-PESA allows Kenyans without bank accounts to send and receive money using just their phones, and was initially built to allow loan repayments to be made using a phone. But when it was launched, the service targeted people wanting to send money from the big Kenyan cities like Nairobi to their homes in rural areas.

The video below shows the initial marketing campaign for M-PESA, and explains clearly how it worked.

Despite having a comprehensive network of agents, who users go to when they want to pay cash and top up the M-PESA accounts, the service didn’t initially take off. When the trouble began right at the end of 2007, however, M-PESA took on a much more serious and important role in Kenya.

“A lot of the road networks were blocked with this violence going on. The traditional routes for sending money home – bundles of cash on buses – got blocked off. So it forced people onto M-PESA,” Duncan Goldie-Scot, a mobile money expert who has invested in startup companies in Africa for more than 10 years, tells The Culture Trip.

Since then, M-PESA’s popularity has surged, and the service can now be used to pay for almost anything, from taxis, to household bills, to salaries of employees. By 2014, nearly 20 million Kenyans were using M-PESA. Other reports suggest that in 2013, 43 percent of the country’s GDP flowed through the mobile money system.

“When you’re in Kenya you don’t have to carry a wallet. It’s got to the point now, where people don’t take the cash out, they leave it on there and pay for everything with it,” explains Goldie-Scot.

M-PESA’s success has opened up a raft of opportunities for the Kenyan people. Kenyans in rural areas can get loans to start businesses through the platform, and a host of other services have been launched that use M-PESA payments. One example is M-KOPA, which provides solar lighting to Kenyans in areas that are off the electricity grid. Users are able to pay a small down payment on the lights, and then repay the rest of the cost in installments through M-PESA. If payments aren’t received, the lights turn off. In February 2016, M-KOPA also launched a solar TV service, based on the same model.

Goldie-Scot has started several companies based around M-PESA, including BitPesa, which connects the global cryptocurrency Bitcoin with M-PESA. The service is mainly used by bigger companies outside of Kenya who want to pay small fees to a large number of contractors inside the country. “Corporate clients give us one Bitcoin payment and we give a thousand $20 Kenyan shilling payments to contractors,” Goldie-Scot says.

The Benefits of Kenya’s Mobile Money

M-PESA is now so popular in Kenya that it’s estimated seven in ten adults use the service, and the platform has helped people gain access to finance and banking. In 2006, before M-PESA was launched, 20 percent of Kenya’s adult population was unbanked. By 2013, 67 percent of people had access to some kind of financial service.

As a tourist visiting Kenya, using M-PESA is fairly simple – all you need is a Kenyan SIM card for your phone. After you’ve grabbed one of them, simply get some cash out of an ATM, go to one of the thousands of agents in the country and ask to add the cash to your M-PESA account, then get spending. There’s no need to carry cash, or even credit cards, around with you on your vacation. And while M-PESA could make your life easier for two weeks, it’s been making Kenyan lives easier and more prosperous since 2007.