A ‘Natural’ Alliance Between Kenyan And Chinese Artists Flourishes In Venice 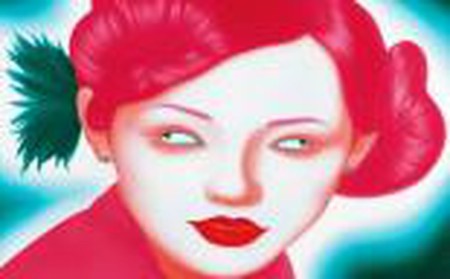 A dozen artists from China and Kenya present a seemingly united front at the Kenyan Pavilion of the Venice Biennale, under the umbrella of ‘Reflective Nature: A New Primary Enchanting Sensitivity’ – an exhibition that aesthetically bonds the natural African landscape and the consumerist instincts of the modern world. The project has managed to divide public opinion, with some labelling it neo-colonial and corrupt. 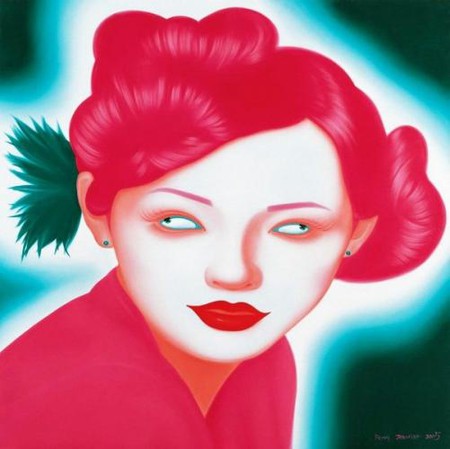 Split in two, between Caserma Cornoldi in the mainland and the island of San Servolo, the Kenyan Pavilion prompts, for the first time, a synergy between Kenyan and Chinese artists. Among them, African artist Mbuno Kivuthi, Italian sculptor Armando Tanzini (a Kenya resident for decades) and Chinese painter Feng Zhengjie, joined by Italo-Brazilian artist César Meneghetti in a special project, all set to identify, reveal and explore the natural borders within, and outside of ourselves. The presence of only two local artists, however, didn’t go unnoticed by the those in the art world, and many have commented on the lack of representatives from the emerging modern Kenyan art scene, and the failure of the Pavilion to adequately represent or even reference Kenya’s cultural and artistic traditions.

Artistic collaboration between local and foreign artists is a fact that would normally go unnoticed in the Biennale; France has chosen an Albanian artist for their pavilion this year, for example, and the Germany pavilion sees four artists of Chinese, Indian, South African and France nationalities on show. Yet for a country whose art scene is so grossly underrepresented, the dominance of Chinese artists and simultaneous eclipsed presence of Kenyan creative forces, here, raises concerns of a more sinister political, commercial and cultural nature. Dr. Wenny Teo, Iwan and Manuela Wirth lecturer of modern and contemporary Asian Art at London’s Courtauld Institute of Art, wrote in a relevant article for The Art Newspaper that ‘… the exhibition is a stunning example of present day Orientalism, and its cursory inclusion of the two Kenyan artists is Primitivism at its very worst.’ Naming her article, Orientalism As Multiculturalism at the Kenya Pavilion, she talks of the ‘blatant marginalization of Kenyan artists,’ in a national pavilion show that was, in addition, put together by two Italian curators. With these issues and questions in mind, we present you the twelve participants of an exhibition that have generated such controversy:

One of the most prominent Kenyan figures in the international art scene, Mbuno Kivuthi (b. 1947) has been redesigning the African landscape with ink, colour pencils and pastels, for over 20 years. Saturated in vibrant purple, yellow and turquoise shades, his paintings glorify the bright and humorous side of African nature, embracing gazelles and hyenas, tribal figures and disfigured hunters in harmony. Having started his professional career as a chief on a safari, Kivuthi knows that landscape and its mechanisms inside out, but he chooses to depict a paradisiacal beauty that is all his own – and he challenges us to acknowledge it.

According to Bo (b. 1966), ‘As motion becomes stasis and the momentary becomes eternal, the temporal becomes spatial and a manmade moment in time leaves the present reality and becomes part of history.’ The Chinese artist is deeply dedicated to painting memory – figures in earthy colours that bear some kind of undisputed honesty, standing, or looking casually at the viewer, with an all-consuming, apocalyptic scenery often engaging the background (Understanding Destiny, Garden, Endless Twilight). ‘A lonely spirit more and more remote from reality, seeking the dreams of yesterday … ’ 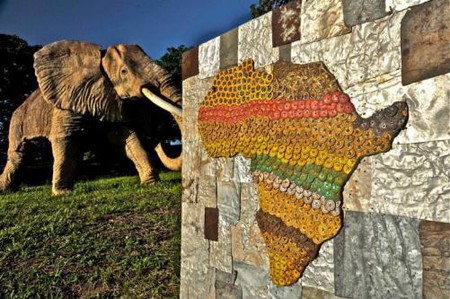 Settled in Kenya, via stops in Florence, Paris and the US, Livornese sculptor Tanzini (b. 1943) has been confessing in multiple ways his love for this magical and troubled land. Having tasted the most cosmopolitan facets of art (he hung out with Andy Warhol while in the US), he eventually fell for African tribal art – a critical encounter in his career, that turned him from painting to sculpting and architecture. In addition to his artistic production, Tanzini established ‘Do Not Forget Africa,’ a foundation created to increase public sensibility on both social and cultural issues in the continent, winning the UNESCO prize in 2000. Among other important exhibitions around the world, the artist represented the Kenyan Pavilion in the 50th Venice Biennale.

Whether in navy, cobalt blue, or festive pink-green combinations, Liu Ke’s paintings resemble an agitated sea of colour that inundates the canvas, inviting us to introspection. Ke (b. 1976) lives and works in Guangzhou, in Southern China, and for the 55th Biennale he forms a creative duo with artist Luo Ling.

Peng (b. 1967) is a Beijing-based artist and professor at Fine Arts Dept. of Beijing College of Education, who has exhibited extensively from his native city to London and New York. Peng created, with two other artists, the prominent Chinese art group Three Travel Weary Loafers in the 90s, united in their belief that contemporary art should embrace traditional Chinese skills and essence. As a result, his work has evolved into a majestic Chinese Pop Surrealism, like in the Kung Fu-Fish Series (2009), or Leaving the Garden of Dreams (2008), where the artist searches ‘the relationship between image and character. The relationship is a combination of inner configuration and interaction – it expresses the fall of the human race into a trance that is the current contemporary dream.’

Beijing-born artist Wei (b. 1972) works in the extremes: From video and installation to sculpture and painting, he’s been constantly shifting disciplines, styles and materials – which, in his eyes, is what makes his art so interesting and full of energy. He was part of the radical Post-Sense Sensibility group, who embraced the irrational and the unexpected against any political (and politically correct) ideology, presenting artwork as gruesome as still foetuses and human corpses. Among his most famous works, Love It! Bite It! (2005) is a modern parody of the world’s greatest city, where globally renowned buildings, such as the Guggenheim and the Coliseum, are made entirely of edible dog chews.

He (b. 1964) has been experimenting with different materials and techniques, including printmaking, ink painting, wooblock prints, and lithographs. His silk paintings are of a particularly expressive nature, where babies, middle-aged men, or a solitaire hippy recount, with their poses and expressions, suggest a thousand words. Human nature and activity are pivotal in He’s work (Morning Market, On The Beach, Campus Pub), magnified, distilled and refined through the artist’s eyes. He’s works are included in the collections of such respected establishments as The British Museum and The China National Gallery.

Wenling’s (b. 1969) fearless, monumental sculptures take up expressions that can range from deeply emotive to downright horrific. The creatures of the series Happy Life were a paean to irony, made out of painted fiberglass and bronze – starved dogs, sexy bare breasted pigs and primitive, big belly humanoids. The Red Memory series, on the other hand, set against a natural seashore landscape, combined more accessible, but still awkward painted bronze boyish silhouettes, buried in the sand (Cool), or shying away from the chilly waves (Shy Boy, 2002). Wenling has exhibited in galleries and museums from Beijing and Singapore to Chicago and Sydney.

Zhengjie (b. 1968) is a ruthless, albeit colorful pop commentator of Western capitalism. His paintings feature a series of decidedly kitsch beauties in electric greens and pinks a la Warhol, reinterpreting his celebrity portraits with hard-sell, futuristic commercial models devoid of sight and substance (Chinese Portrait series, 2006). Pretty, but vacant, electric and disposable, alluring and simultaneously appalling. Zhengjie has held solo exhibitions from London’s Saatchi Gallery to New York, Paris and Japan.

The Italo-Brasilian artist César Meneghetti holds a special project under the umbrella of the Kenyan Pavilion – purposefully ‘in exile’ on the island of San Servolo, which, until the end of 70s, sheltered an asylum for the mentally ill. I/O Io è un altro is the product of a three year collaboration of the artist with over 200 persons with mental disabilities, in his effort to question and defy the borders that separate the latter from the ‘normal.’ In this new work, everything is subject to free exchange and reciprocity: The object and the subject, the artist and his guests change roles in search of an inner, immaterial truth that doesn’t have to be logical and unites all against prejudice. An already much publicized project, in and out of the art world.

The pavilion will also feature the artwork of Chrispus Wangombe Wachira – a leap of faith to his creative instincts.

The Culture Trip showcases the best of art, culture and travel for every country in the world. Have a look at our Kenya or Africa sections to find out more or become involved.