A Guide to the Traditional Festivals That Celebrate Kenyan Heritage 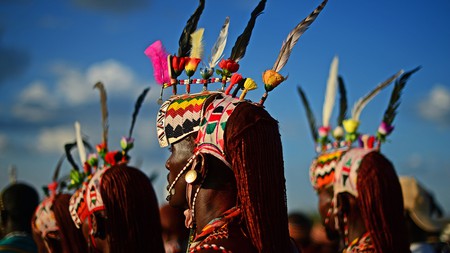 Men from the Rendille tribe take part in the Lake Turkana Festival, an event that brings together the region’s tribes in a celebration of their cultural heritage | © Carl de Souza / Getty Images

Kenya – a country of nearly 54 million people – is home to over 42 tribes, each with their own language and culture. And every year, each tribe organises festivals and invites other groups to join as they celebrate diversity while promoting peaceful coexistence. Taking place in everywhere from the shores of the Indian Ocean to the picturesque Lake Turkana, these festivals are melting pots that are keeping traditions alive.

One of the most endangered tribes in Kenya is the Abasuba. They live in the remote areas of the Rusinga and Mfangano Islands on the shores of Lake Victoria, Homabay County. And every year, members of the ethnic group gather on Rusinga Island to attend the Rusinga Cultural Festival. Taking place on the last Thursday and Friday before Christmas, the festival sees the tribe celebrate their culture through entertainment, fashion, food, artistry, literature and sports like wrestling, boat races and tug of war. While the festival was created for the revival of the Suba language and culture, it also addresses societal practices like sex-for-fish, which that has contributed to the spread of HIV. The tribe has over 400,000 members, but unfortunately a significant number of them do not speak their own language – according to UNESCO, it’s among 13 indigenous Kenyan languages on the brink of extinction. The decline of the language is mostly due to intermarriages with other tribes, particularly the Luo, an ethnic group from the western part of Kenya.

Lutivini Majanja, a Nairobi-based writer in her mid-40s, prides herself as being among those who have interacted with the remaining descendants of the Abasuba. Lutivini attended the festival in 2019 and says she now has “a better sense of what Suba culture is. I might not understand the language, but I can recognise it from a crowd.” For Lutivini, the highlight of the festival was the night-time events, which she says “brought a strong sense of the community”. A storytelling session took place on the first night – one that celebrated Suba oral history – as well as contemporary stories shared in Suba, Dholuo, Swahili and English. The second night concluded the festival with a talent show and beauty pageant. “There was such an intimacy between the performers and their audience,” says Lutivini. “I truly appreciated the fact that the festival catered towards all age groups – children, youth, middle-aged and elderly. Many events are only catered to the youth and exclude others.” 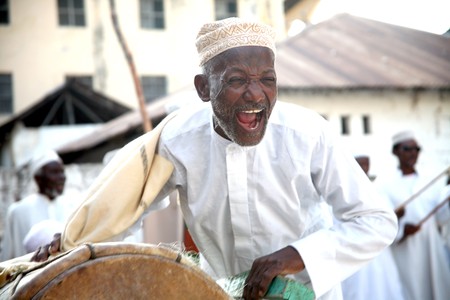 At the Lamu seafront, the sounds of the ocean and the light breeze make it easier to be outside. Though the sun is burning hot, Kazungu Kalume and a 100 others wait to take part in the famous donkey race. The 34-year-old, who has attended the event at the Lamu Cultural Festival since 2013, is exhilarated. The four-day fete showcases the rich culture and heritage of Lamu’s Swahili-speaking people and kicks off with competitions led by the donkey race, swimming, dhow races and a combination of traditional dances. “This festival gifted me with friends from all over the world, and this is our meeting point where we catch up, share ideas and experiences. By attending, we’re helping to spread Lamu’s heritage,” explains Kazungu. “I also competed in the swimming race, poetry and football events, and learned about henna painting and kirumbizi – a traditional dance where participants show their fighting skills using traditional clubs.”

The festival is celebrated every year in Lamu Old Town – one of Kenya’s oldest towns and a historical city listed as a UNESCO World Heritage site in 2001. Founded in 1370, the town is made up of narrow streets and palatial stone buildings with striking curved doors, influenced by a unique fusion of Swahili, Persian, Indian, Arabic and European architectural styles. As it’s slightly remote, modes of transport include donkeys, dhow boats, handcarts and walking. 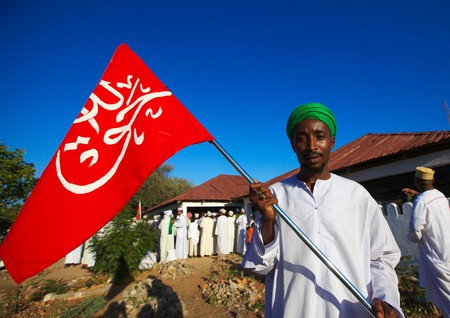 During the Maulidi Festival, there is a procession to the tomb of Habib Swaleh, the festival’s founder | | © Eric Lafforgue / Alamy

Referred to as the cradle of Swahili civilisation, Lamu is also a significant religious centre that attracts scholars and pilgrims from East and Central Africa and the Middle East. A lot of these people visit the island to attend the Maulidi Cultural Festival, which is held during the third month of the Muslim calendar. The festival, which was started by Habib Swaleh in the 19th century, consists of recitals of praise Swahili poems influenced by the Quran, traditional music and dance, dhow and donkey races, swimming competitions, calligraphy and art exhibitions. On the last day, a cheering crowd heads down to the tomb of Habib Swaleh. 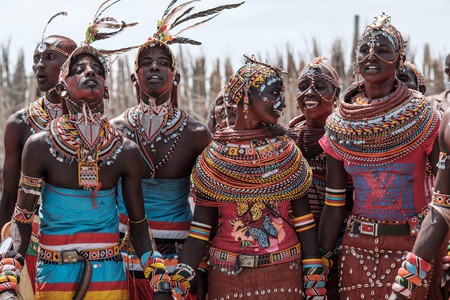 The Turkana tribe is the largest community in Kenya after the Maasai, and their annual Lake Turkana Cultural Festival invites neighbouring tribes to attend the festivities. Held in Loiyangalani, a small town on the southeastern coast of Lake Turkana, in Marsabit County, the three-day festival takes place every August to promote peace and reconciliation and to showcase the area’s rich cultural heritage. The festival was started in 2008 by local female groups and brings together a total of 14 tribes. Some of these include the Samburu, Borana, Waata and El Molo, a near extinct tribe with less than 1,000 people. And while the majority of the tribes are nomads who practise cattle rustling (which causes inter-communal conflicts), El Molo, on the other hand, is a fishing tribe whose livelihood is dependent on the lake.