Fort Jesus was built by the Portuguese towards the end of the 16th century (1593-1596) on the coastline near Old Town Mombasa. Mombasa was a transit place for trade at that time and a gateway to India, and the fort was build to protect the town from outside invaders. Today, it has grown to become one of the most visited areas in Mombasa, and is on our list of top things to do in Old Town Mombasa.

The fort stood over a spur of coral, and it tells the story of how the Portuguese at one time ruled the trade routes of the Indian Ocean. Its location ensures that they could see any ship as it approached. It also tells the story of how many slaves perished from torture, hunger, and disease as they waited to be transported. During the East African Slave Trade era, slaves would travel to Arabia and the Persian Gulf through the port of Mombasa, many becoming laborers, guards, soldiers, or concubines. 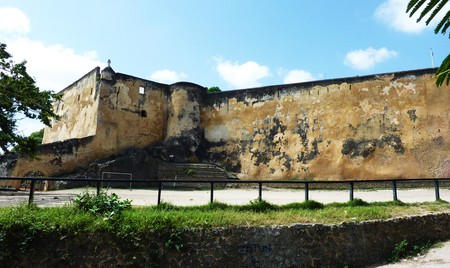 During the 16th century, there were nascent cultural, commercial and political forces. The Portuguese built the fort by the designs of Joao Batista Cairato, who drew his inspiration from Pietro Cataneo, an Italian architect. However, despite the design being of the Renaissance period, with its five bastions, the building material and labor came from the Swahili people, who were the indigenous inhabitants of Mombasa. The fort takes the shape of a man when viewed from above. 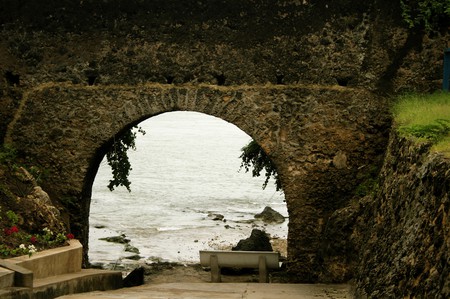 View from inside Fort Jesus, Mombasa | © The Wandering Angel/Flickr

After the Portuguese inhabited it, the fort was the subject of battle. Between 1631 and 1895, it was captured and recaptured, changing hands nine times, with the Omani Arabs winning control over it in 1698. In 1895, the British transformed it into a prison, and held slaves in the torture rooms and cells in the inner part of the fort. There were also cannons to protect the interior from invasions and dissatisfied locals. After recapturing it, the Portuguese refurbished it and has since been refurbished a number of times, its structures revealing Portuguese, Arab, and British influences. 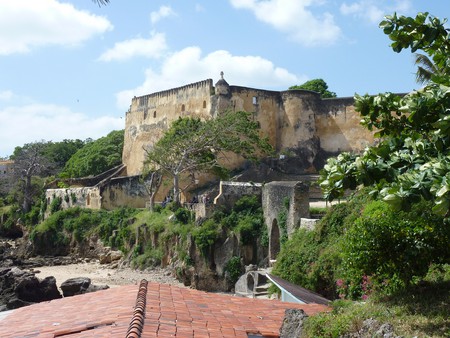 In 1858, it became a national park, and in 2011 it became a UNESCO World Heritage Site, marked as one of the most brilliant structures from the 16th century.