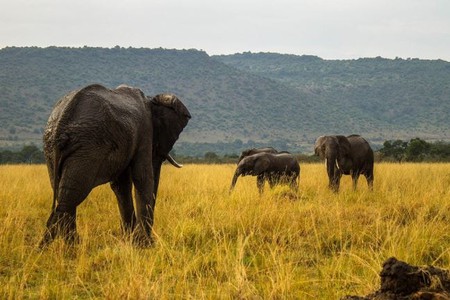 An apt description of Kenya is picturesque. It is comparatively twice the size of Nevada and sits astride the equator. Traveling across this beautiful country offers many breathtaking landscapes of mountains, plateaus, gorges, and plains and you can be guaranteed a sighting of wildlife in their natural habitat and in close quarters.

Originally called the Great Rift Valley by British Explorer John Walter Gregory, the rift valley is truly a great natural resource. The view of this natural massive trench is amazing. The sky seems closer if you are at a viewpoint atop either side of the ridge. The floor of the valley is a precarious descent way below. It is mind-boggling to think that this trench runs all the way across Africa, reaching Mozambique and the Middle Eastern countries of Jordan and Lebanon. The sheer size of it from any viewpoint is simply breathtaking. 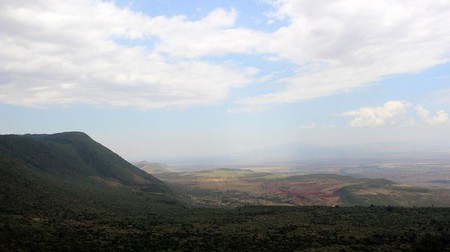 The Maasai Mara National Game Reserve is in fact on the floor of the rift valley in Narok County. An expansive protected reserve area covering 1,510 square kilometers. It is here that the Maasai community live side-by-side with wild animals. The Maasai Mara is not a game park but a reservation for the Maasai community. As far as the eye can see, there is a flat expansive grassland dotted with sporadic acacia trees, thorn bushes and beaten paths. It is peaceful and serene as only the Mara can be. But this is not to be mistaken for safety. Walking is strictly prohibited, so you can only traverse the Mara in the safety of a four-wheeler, because lurking somewhere in the bushes might the king of the jungle himself. A sunset or sunrise in the Mara epitomizes the beauty of the African wild. 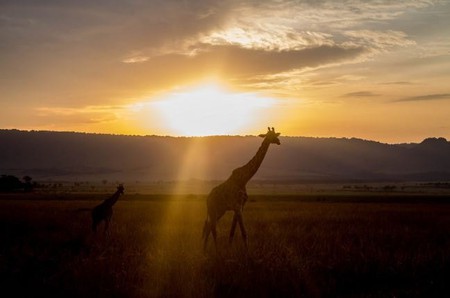 With Mt. Kenya, you can definitely say you are reaching for the heavens, and from here you will enjoy the scenic beauty that a mountaintop has to offer. The mountain’s highest peak stands at 5,199 meters. Even if you do not reach the peak, a climber of moderate fitness and an experienced guide will be able to scale the mountain to lesser peaks that still allow you an incredible panoramic view down below and up above. When you say you have been to the mountaintop, only kindred spirits will truly understand the breathtaking views that a mountain of this stature has to offer. 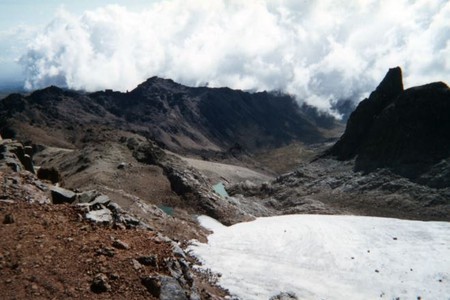 While driving or on a bus through Kericho, you will see vast tracts of land where the lion’s share of Kenya’s legendary tea, or chai, comes from. It is hard not to appreciate the undulating landscape completely covered in green. The green from the tea leaves is all-encompassing and keeps going for miles and miles like a thick rolled out carpet of light with dark green patches, so it’s no surprise it is fondly referred to as a rolling carpet. 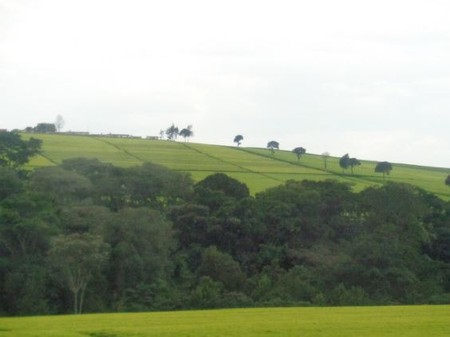 The coastal region is home to the resplendent beaches of the Kenya. In Mombasa, located along the Indian ocean, the strip of Diani beach that goes all the way to the Tiwi beach is resplendent with pristine white beaches, azure waters, and blue skies. The landscape is dotted with palm trees swaying lazily that offer impeccable shade from the fronds. This is the best place to lose yourself if you are looking for some sunning in a picturesque setting. The beauty is so compelling that some of the region’s world-renowned luxury hotels and resorts are located along its beaches.

Other coastal towns, like Malindi and Watamu, are also blessed with beautiful beaches and rich, healthy coral reefs. Marine parks and conservation areas dot the region, allowing tourists to enjoy marine life at its best. 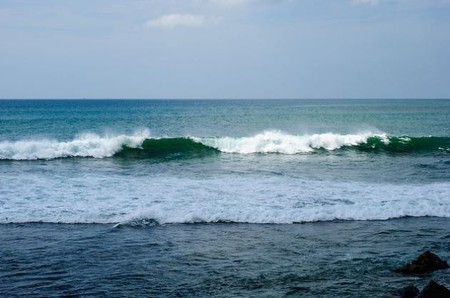 This mountain range is also dubbed the volcanic hills. They form an impressive 100-kilometer-long volcanic field found in Eastern Kenya. They are impressive, with seemingly endless hills covered in green, lush vegetation. Traces of black solid lava are everywhere and there is an abundance of trees and crisp air that is pleasantly fresh.

The hills are also a wildlife’s paradise, so you are likely to spot buffalo, elephants, eland, bushbuck, and a host of reptiles. Chyullu Hills sit at an altitude of about 2,000 meters above sea level and the breathtaking scenery is well worth a visit. 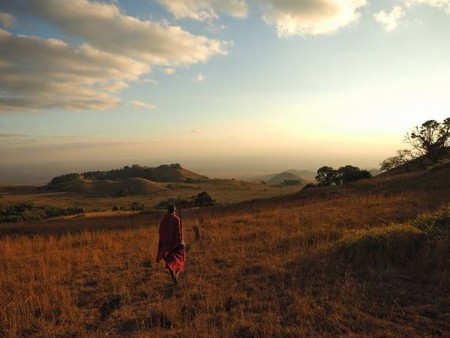 Home of thousands of flamingos, this national park has a huge ecological diversity. The landscape has several habitats ranging from the lake itself to neighboring escarpments and picture-perfect ridges. Bird watchers and hikers will find this park a fulfilling experience. Game drives are a well-loved option in the park, which has monkeys, zebras, and rhinoceroses.

The sweeping views of the 160-kilometer Aberdare mountain range are spectacular. Peaks soar up to 3,500 meters above sea level and the valleys fall and rise with numerous streams and rivers cascading to the longest waterfall in the country at 1,000 feet. There are numerous wildlife in the park, including elephant, buffalo, lion, eland, sykes, leopard, and colobus monkeys. As you climb to higher altitudes through the bamboo belt, you are likely to spot a giant hog or the much elusive bongo antelope or leopard. 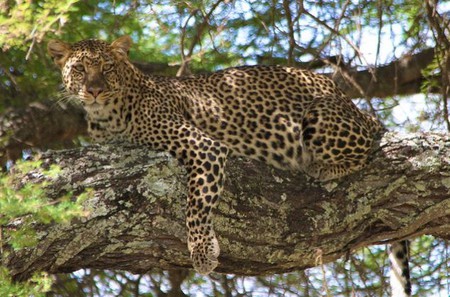 Hells Gate National Park is in Naivasha, about a one-and-a-half-hour drive from Nairobi. Its name is coined from the intense geothermal activity the area is known for. The landscape is rugged and spectacularly so with stark rock towers, water-gouged gorges, and towering cliffs. Here you will see plumes of geothermal steam being spewed from the very bowels of the earth. Activities to be enjoyed in the area include a natural spa, mountain biking, and rock climbing. Africa first geothermal power station, Olkaria power station, is also located within the park. 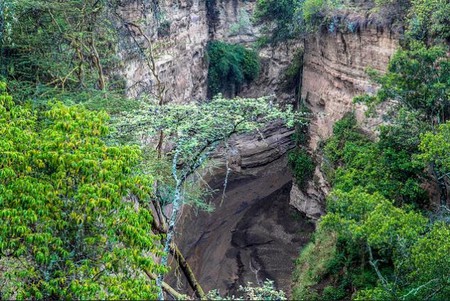 Lamu is a small coastal town in Mombasa that is both beautiful to behold and steeped in history. It is the oldest continually inhabited town in Kenya, dating back to the 1370s. A UNESCO world heritage site, Lamu is an island where cars are not allowed. The only mode of transport through the distinctly narrow alleyways are donkeys. The landscape is all sea and mangrove and the nearby Manda bay is a haven for snorkeling due to its rich beautiful corals. Lose yourself by stepping back in time on your own island with no vehicles at all. 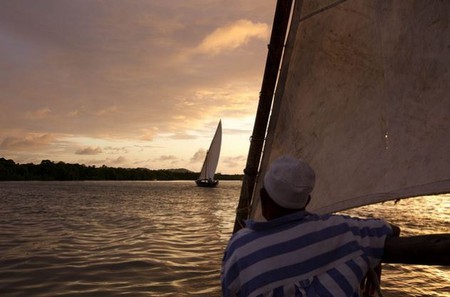 Beautiful and scenic Ol Pejeta is nestled between the Aberdare mountain range and the foothills of Mt. Kenya in a fertile area called Nanyuki. The quaint and tranquil Ol Pejeta conservancy is made up of 90,000 acres of land and is a sanctuary for the black rhino, elephants, and other wildlife. The landscape is simply awesome. It leaves you with little doubt that you are on nature’s hallow ground. Although the recent loss of the world’s only male white rhino, Sudan, who lived in Ol Pejeta, is being profoundly felt in the world, the sanctuary still remains home to the largest population of black rhinos in East Africa. 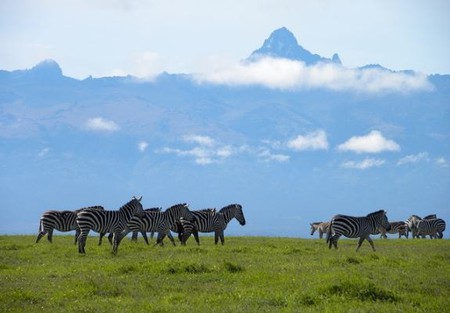