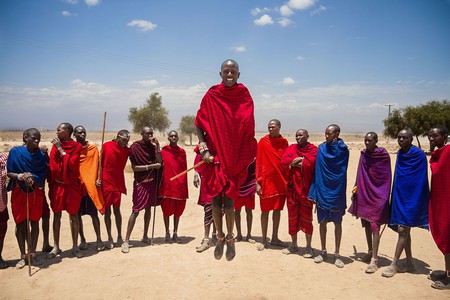 Kenya has long been recognised as ‘big game’ country, with huge numbers of animals in over 40 national parks and reserves. The country has a long and illustrious history of protecting its varied wildlife. All this has helped provide the visitor to Kenya with a wide range of experiences in all sorts of terrain. The country has had its fair share of international publicity through the exhibition of its historical, scientific, artistic, and cultural interests.

Bomas of Kenya depicts traditional villages belonging to several tribes of Kenya. It is a tourist village based in Lang’ata, Nairobi. It was established by the government as a tourist attraction to preserve, maintain and promote rich and diverse cultural values of various tribal groups of Kenya. The ethnic groups are; Kikuyu, Luhya, Luo, Kalenjin, Kamba, Kisii, Meru, Mijikenda, amongst others. Different aspects of the Kenyan culture are displayed at Bomas. These include living styles, crafts, music and dancing. On most occasions, visitors are treated to traditional dances and acrobatics.
Bomas of Kenya, Kuwinda +254 20 891391 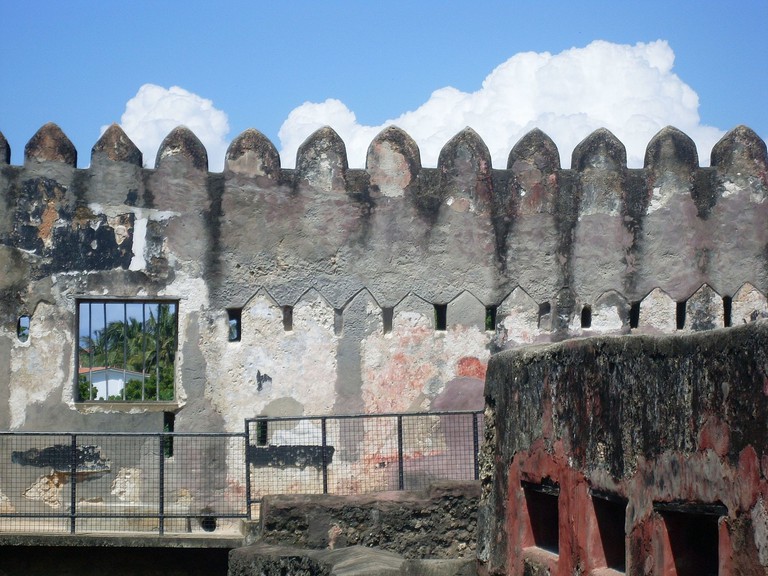 Fort Jesus Museum | © Tsinjekho/WikiCommons
The Fort Jesus Museum is a world heritage site in Mombasa, and one of the most outstanding and well-preserved examples of 16th-century Portuguese military fortification. Built in the shape of a man, the architecture of the fort represents the rough outline of a person lying on their back, with the head facing towards the sea. The port was captured by Portuguese, Arab and British at different times throughout history and they are all represented as the major powers of the time. To date, the Oman house, which was the house for the Sultan who governed the East African coast, is still standing in the fort. Other historical structures still standing include an open water cistern by the Portuguese for harvesting rainwater and a 76-foot deep well sunk by the Arabs, where the water is famously too salty to be used domestically. Other than being a popular destination for both local and foreign tourists, today, Fort Jesus is important as a host to various research programs, a conservation lab and an old town conservation office.
Open In Google Maps
Makadara Mombasa, Mombasa County, Kenya
+254412220058
Visit Website
Give us feedback 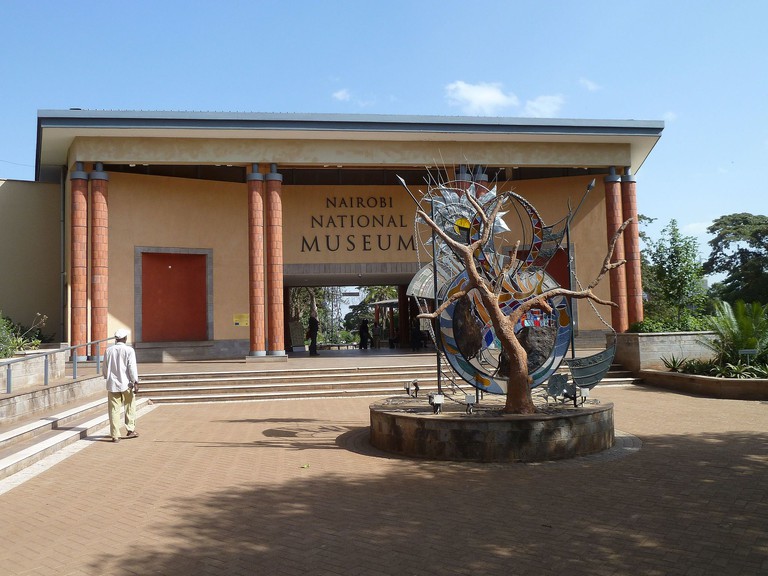 Nairobi National Museum | © Toppazz/WikiCommons
Book Now
The Nairobi National Museum is a one stop for visitors to sample Kenya’s rich heritage, both for education and leisure. It is located at the Museum Hill – a few minutes drive from Nairobi Central District. Nairobi National Museum houses a collection of Kenya’s history, nature, culture and contemporary art.
The artworks and materials used in the fabrication of outdoor sculptures, the landscaping and the botanic gardens, are linked to the four pillars of Kenya’s national heritage – i.e. nature, culture, history and contemporary art. The museum is also known as a unique events venue, for the appreciation of Kenya’s heritage. Additionally, visitors are treated to a variety of shopping and dining facilities, as well as botanical gardens that offer a serene environment.
Open In Google Maps
Kipande Road, Ngara West Nairobi, Nairobi County, Kenya
+254203742131
Visit Website
Give us feedback

Building, Library, Museum
Facebook
Email
Twitter
Pinterest
Copy link
Share
Map View
Lamu Fort is situated in Lamu town, northeastern Kenya. It is a two-storey stone building that contrasts with the elegant Swahili architecture of the other buildings in town. The fort bears the theme for environmental conservation and it is a community center for the people of Lamu old town. It houses a library with an excellent collection of Swahili poetry and reference material on Lamu. The ramparts of the fort give panoramic views of the town.

The courtyard is available for weddings, meetings and theatre productions. At the ground floor, there is a large exhibition space, which most recently hosted the first Environmental Museum in Africa. On the second floor, there are administrative offices, laboratories and a workshop. There is also an excellent conference facility available for hire. 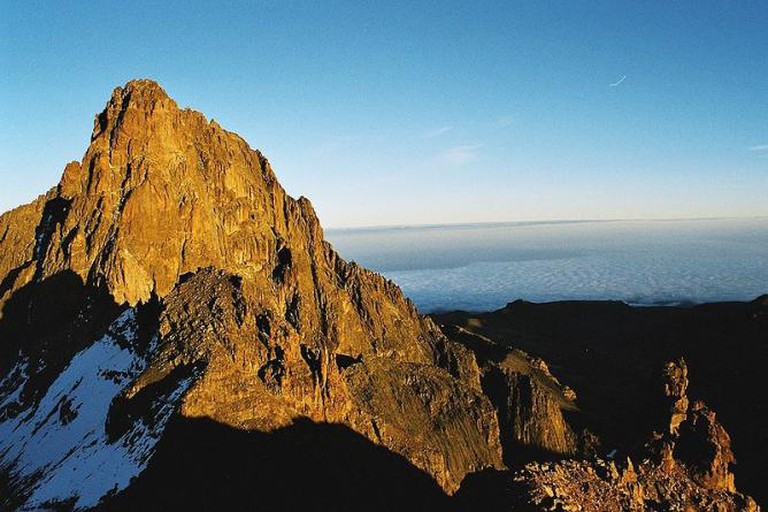 Luo Village at Bomas of Kenya | © HDahlmo/Wikicommons
Located in Malindi, the museum is a host to the famous Vasco Da Gama pillar. The building is situated along the seafront, some few meters from Malindi jetty and the fish market. It is a charming old double storey structure with a roof terrace covered with beautiful, glistening roof tiles. It is a building of the 19th century with a rectangular shape and a long veranda.
The building is accessible through four main entrances. Two of these entrances are on the East façade, accessible through a colonnade of 5 rounded pillars on square pedestal. One of them is fitted with a Gujerati 9 and the other with a Swahili carved door. The third entrance is on the Northern façade at the North-West quadrant reached through a flight of a masonry stairway. It has a small trap door of the Indian type serving both the ground and the first floor of the building. The other entrance, exclusively for the first floor, is on the Southern façade and is reached through an exterior wooden staircase, which evidently is a secondary addition to the building. The door to this entrance is simple and opens onto a balcony supported by the rounded columns covered with a roof resting on dressed wooden supports. The museum currently houses temporary exhibitions. The museum also doubles as an information centre, where visitors are able to find more information on attractions and happenings in Malindi.
Open In Google Maps
Malindi, Kilifi County, Kenya
+2544231479
Visit Website
Give us feedback 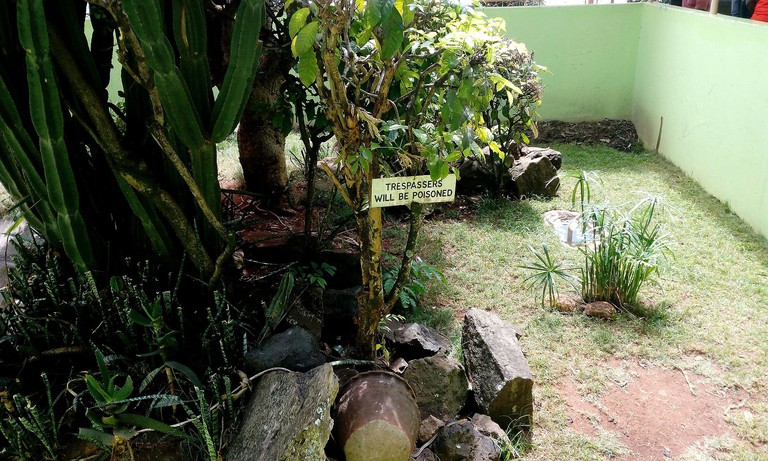 Nairobi Snake Park | © Kengee8/WikiCommons
The Snake Park is located adjacent to Nairobi National Museum and was started with the aim to create a unique and popular attraction whilst simultaneously providing a research facility focusing on reptiles and breeding of snakes. Different kinds of live snakes are exhibited at this facility. There are various programmes at the facility, such as an octopus exhibition, interactive sessions with harmless reptiles and amphibians, an exhibition of the birds of the Snake Park and the chance of feeding crocodiles with live fish.
Open In Google Maps
Ngara West Nairobi Region, Nairobi County, Kenya
+254203742131
Give us feedback

Museum
Facebook
Email
Twitter
Pinterest
Copy link
Share
Map View
The Karen Blixen is located at the foot of Ngong hills in the upscale Nairobi suburb of Karen. The farm house was put on the international map with the release of the movie Out of Africa, an Oscar winning film based on Karen’s life story published with the same title. All visitors have the opportunity to take part in continuously offered guided tours of the house and the then coffee plantations. The house features rooms designed in both the original décor and the props from the 1985 film. Also available for touring are the grounds, which have original equipment from the coffee farm. There is a gift shop alongside the grounds which are available for rent for weddings, corporate functions and other events.
Open In Google Maps
Karen Road, Nairobi, Nairobi County, Kenya
+254208002139
Visit Website
Give us feedback 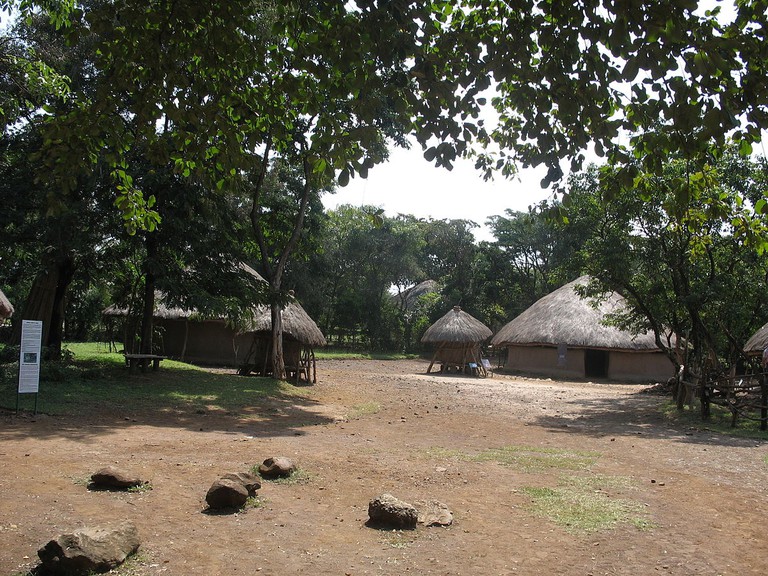 Kisumu Museum | © David A. Victor/WikiCommons
Kisumu Museum can be found in Kisumu and most of its exhibits revolve around the natural and cultural history of Western Kenya. Other than the culture of the people, the museum features a diverse collection of flora and fauna species. Additionally, a traditional Luo homestead and other traditional Luo artifacts constitute part of the exhibits in the museum. Moreover, there are sites and monuments of historical significance attached to Kisumu Museum including Fort Tenan, Songhor, Thimlich Ohinga and Rusinga Islands.
Open In Google Maps
Busia Road, Kisumu, Kisumu County, Kenya
+254203742741
Visit Website
Give us feedback

Museum
Facebook
Email
Twitter
Pinterest
Copy link
Share
Map View
The Kitale Museum is renowned for being the first domestic museum opened in Kenya. The museums hosts items gathered from various tribes of Kenya such as the Luhya, Maasai and the Turkana. Traditional Kenyan weaponry, utensils, and native musical instruments used by these tribes are displayed in the museum. Conservation of various rare plants and animals is done along a nature trail found at the back of the museum. Visitors of the museum can experience what it is like to be inside an actual Kenyan rainforest. Nile crocodiles, leopards, tortoises and various poisonous snakes are also found in the museum.
Open In Google Maps
Kwanza - Kapenguria Rd, Kitale, Trans-Nzoia County, Kenya
+254203742741
Give us feedback

Museum
Facebook
Email
Twitter
Pinterest
Copy link
Share
Map View
Found in Narok, a home to the Maasai people, Narok Museum’s exhibits focus on Maasai cultural heritage and that of the Maa-speaking cultures, such as the Samburu, Njemps and Ndorobo peoples. Exhibitions in the gallery include 24 reproductions of Joy Adamson’s paintings, depicting the traditional lifestyle of Maa speakers. This collection was selected from vibrant ethnographical portraits taken from her extensive collection. In the gallery are eight black and white photographs taken by Joy Adamson in Maasai land (Narok, Loita and Amboseli), adding to the historical value of the exhibit. The collection of cultural artifacts also forms the heart of the exhibition.
Open In Google Maps
Narok, Narok County, Kenya
+254202014533
Visit Website
Give us feedback
Give us feedback