10 Emerging Kenyan Filmmakers You Should Know

Here’s a guide to the next generation of cinematic talent in Kenya. Festivals around the world are already onto them, so if these filmmakers aren’t already on your radar, they ought to be.

Born in Nairobi, Kahiu stands out among the new generation of filmmakers in the country. Her short science fiction film, Pumzi, was screened at the Sundance Film Festival in 2010, while 2008’s From a Whisper won a clutch of awards at the African Movie Academy Awards, including best director.

Her 2013 film, Something Necessary, about the violent political and humanitarian crisis in Kenya that occurred after the 2007 general elections, was screened at the Toronto International Film Festival and earned her a best director gong at Kenya’s Kalasha Awards. Judy co-founded a production company called Seven Productions and set up Docubox, a fund to support up-and-coming documentary filmmakers in Africa.

This self-taught cinematographer took the lessons he learned from appearing in Payday (2008), a short film created for the Mohamed Amin Foundation and created his own shorts, such as Between the Lines (2003) and Bait (2015).

Jim is a film director, visual artist, photographer and musician. He directed Stories of Our Lives, a critically acclaimed film about the lives of LGBT people in Kenya. It premiered at the 2014 Toronto International Film Festival, and received a Teddy Award at the 2015 Berlinale. His first film, the afrofuturist Homecoming (2013), premiered at the Durban International Film Festival and was screened at a number of other festivals in North America and Europe. 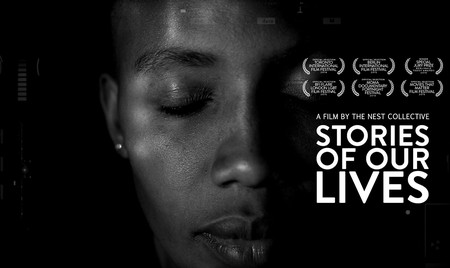 Jinna tells positive stories about Africa and portrays it as a beautiful continent. In 2013, she released her first film, Leo, and is now working on a second, Chep, about a female marathon runner and the hurdles she has to go through to become a world champion.

He produced Redykyulass, a hit TV comedy, in the late 90s, and gained later experience on international productions filmed in Kenya, such as the CBS series Survivor: Africa. His own projects include Malooned! (2007) and Rugged Priest (2011), both fictionalised takes on domestic political and ethnic tensions.

He directed Nairobi Half Life (2012), Kenya’s entry for the Best Foreign Language Oscar at the 85th Academy Awards, about a young man coming to the big city to pursue his dream of becoming an actor. 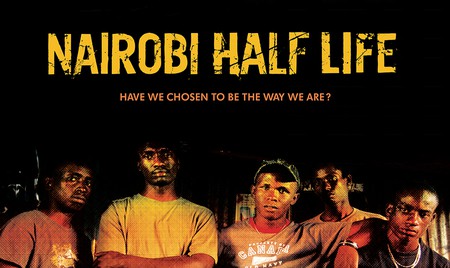 Mbithi came to prominence as part of an experimental art collective called Just A Band. Their 2011 video installation, Kudishnyao!, was commissioned by the Goethe-Institut and exhibited at New York’s Rush Gallery in 2012. Building on this exposure, his first feature film, Kati Kati premiered at the 2016 Toronto International Film Festival. This multi-talented creative is also well known in Kenya for directing music videos.

Gatonye works mainly in TV and has made a name for himself directing soap operas, some of which have quite strong social messages. He made a short film in 2010 called Know Your Constitution: Kenya Referendum, and has acted in Shuga, an MTV Base soap aimed at educating people about HIV/AIDS.

Cajetan Boy is an established screenwriter and producer in Kenya. He works mainly in television, but has made a few short films and co-directed a 2016 feature called Backlash. Rather unusually, he also has a writing credit on a Bollywood film, Kaminey (2009), which stars former Miss World, Priyanka Chopra.