Why Plans for a Mega Cathedral Are Causing Controversy in Ghana

Plans to build a 14-acre interdenominational cathedral in central Accra are underway. But in a country where there are many churches, some locals aren’t happy – here’s why.

This interdenominational, 14-acre ‘super cathedral’ has been given a provisional go-ahead by President Nana Akufo-Addo. But his decision has split opinion between those who are in favour and those against the plans. Some question whether Ghana needs another church. Others say that the involvement of well-known architect David Adjaye, is helping to establish the country as an African superpower. Many have been outspoken about the fact that money for the building should be allocated towards more pressing social development projects.

The venue is for religious and community interests, including state-sponsored inaugurations and national celebrations. The building, situated near the Osu Cemetery in central Accra, could stand easily to be one of the most impressive in the country. It will also house a series of chapels, a baptistery, a 5,000-seat auditorium, music school, art gallery, shop, and a Bible museum.

Critics on social media have not held back their antipathy, pointing out the blatant use of tax payers’ money in a country already known for its abundant number of churches. The outcry is plain and direct- why are such resources not being spent on education, health, research and infrastructure instead? 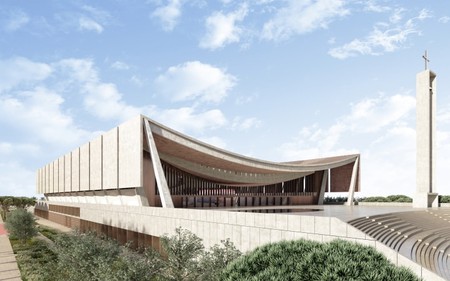 Inspiration for the cathedral

Adjaye Associates revealed that the building is inspired by the concepts of unity, harmony, and spirituality. Dr. Okeke-Agulu, a professor of art history at Princeton told NY Times that the plans show Ghana is heading in the right direction. The cathedral will be situated 147 km (91 miles) from the late President Atta Mills’ memorial and research library in Cape Coast, inaugurated in July 2016 and now scourged with decay, causing even more controversy.

This is even shocking!

Late Professor Evan Atta Mills Library shut down due to lack of funds yet we are commissioning a National Cathedral designed by David Adjaye. 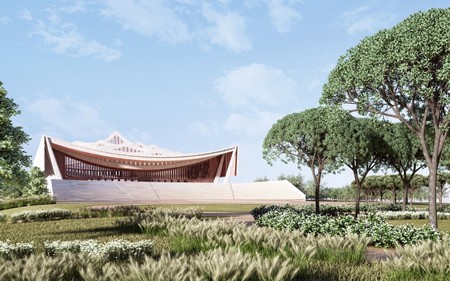 In a broadcast to the nation on December 24, 1957, Ghana’s first President Dr. Kwame Nkrumah stated that; “we shall measure our progress by the improvement in the health of our people; by the number of children in school, and by the quality of their education; by the availability of water and electricity in our towns and villages, and by the happiness which our people take in being able to manage their own affairs.” Have we detracted from our path to ensuring sustainability?

A National Cathedral could be the answer to all of Ghana’s problems.

Let’s all gather there when it’s done, pray fervently to God and ask for a miracle to save this country.

And Poof!! Just like that, Ghana could turn into WAKANDA 🙅🏾‍♀️

David Adjaye is known for his opulent and grand contemporary architectural designs that fuse traditional expressions of style and symbolism with modern functionality. The cathedral is one of the first major projects in Africa by the Ghanaian-British architect, who was knighted last year. With a reputation for stunning architecture and design, he is known for the creation of the National Museum of African American History and Culture in Washington, DC. He will be working on three other massive projects in Ghana including, the 47-acre Princes Town Resort in Takoradi, the Elmina College and Petronia City.