Why Ghana Wants Calls to Prayer to Be Made Over WhatsApp 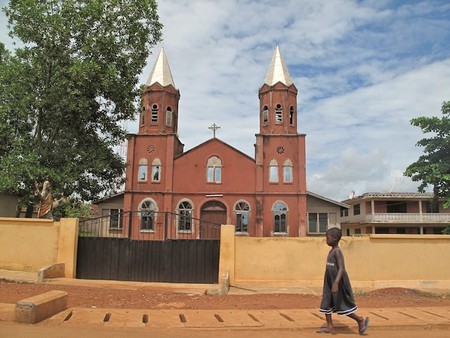 In Ghana, the health crunch of environmental noise pollution is a growing concern. Churches and mosques have been prompted to address the situation and look at other ways to bring together their congregations, without causing clamour.

For prayer and worship, as well as evangelism, priests use megaphones and loud speakers to project their sermons or recorded messages to congregations and potential audiences. Mosques have regular calls to prayer, usually five times a day.

The unsettling issue lies in the fact that some religious factions abuse their methods of communication. As such, they have been called upon by authorities to alter their approach and rather use less invasive means like phone messaging or social media applications.

The capital cities have gradually earned the top spots as the focal points of noise in Ghana. To cut down the problem, the Ghana Environmental Protection Agency (EPA) has designated April, 16 as National Noise Awareness Day to caution the public about environmental and health implications of intemperate noise. 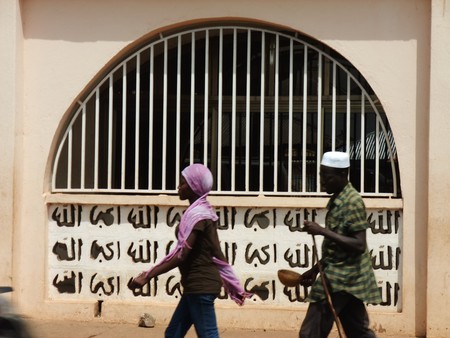 Aside by-laws outlined in local government bulletins of Metropolitan, Municipal and District Assemblies (MMDAs), the EPA Act of 1994 (Act 490) mandates the EPA to prescribe standards and guidelines relating to noise in the country. However, how relevant and rewarding have noise making by-laws and community awareness efforts been?

The crucial obligation is a shared one to educate citizens on rights and responsibilities in curbing noise which has grown to become seen as a boisterous public menace swallowing the social sphere.

“Why is it that time for prayer cannot be transmitted with text message or WhatsApp? So the Imam would send WhatsApp messages to everybody,” Ghana’s Environment Minister Kwabena Frimpong-Boateng told Deutsche Welle.

Muslim priests on the other hand are worried about the economic implications of mobile communications in case their method should be abolished. Fadama community mosque Imam, Sheik Usan Ahmed commented that “The Imam is not paid monthly.” 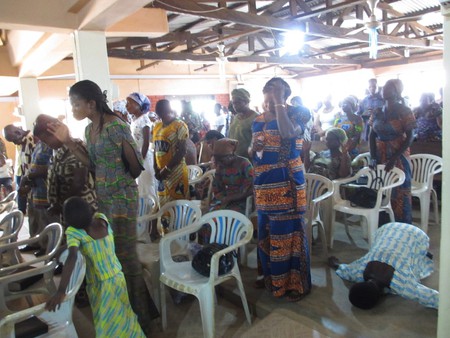 The Environmental Protection and Standards Enforcement Unit of the Techiman Assembly in Brong Ahafo region recently had a workshop on noise pollution. The discussion encompassed health ramifications and ways to mollify public noise. An idea which sprang up was whether to procure noise meters for cogent monitoring, such that noise making culprits could be arrested and prosecuted, thereby exercising existing by-laws.

Pastor Appiah Kubi of Techiman Faith Baptist Church disclosed to the other participants that seminary training cautioned pastors on public blare. He went on to accuse those who are not privy to the training as the offenders.

It appears authorities as well as residents have since long virtually lost the fight against the menacing threat of noise caused by vehicular traffic, loud bar music, hawkers and faith institutions in Ghana.

An editorial by Syracusecoe states that people find it too complicated to complain about the noise that comes with morning, noon, evening and all-night events by churches in their vicinities. It states that “the church has become an income generation venture”. In Ghana, where regulations are not robust, religion appears to be optimizing excessive clamour. The Syracusecoe report declares; “Many people operate the church as a full time ‘firm’ that is operational all day.” 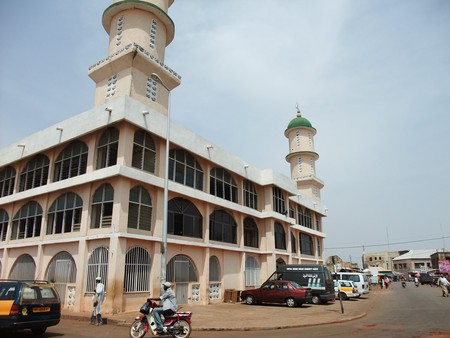 For many in Ghana, the idea of a mobile call to prayer is difficult to embrace | ARC/The Alliance of Religions & Conservation / Flickr

In a move to make their cities noise-free, authorities in Lagos and Kigali have closed several churches and mosques recently. Is this going to be the resultant denouement in Ghana?