Why Coconuts Are More Than Just a Fruit in Ghana

In Accra, “the tree of life” brings happiness to all types of people from different levels of society. Also, the nutritional value and the critical role that the coconut sector plays in improving food security in Ghana makes the fibrous one-seeded drupe very important. 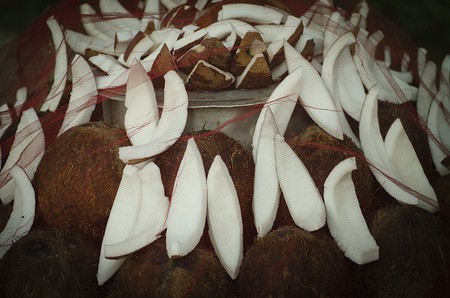 Where the Nuts Gleam?

Almost every street corner in Accra has a coconut salesman; usually friendly machete-wielding men or women with the fruits stacked on a 4-tyred cart, wheelbarrow or in a pan overhead. The style involved in cutting open the nut on Ghanaian streets gives the buyer an exciting feeling about the celebrated fruit even before they get to unravel the “great mystery” stored inside.

The milk and flesh make up a satisfying meal under the baking sun. Once the pearly liquid is drunk, the coconut sellers can crack the nut open and divide it into a few parts. They then go ahead to make a scoop out of a sharp shave of the exocarp. This can be used to shovel out the yummy flesh. You can also find freshly bottled coconut milk in shops all over the city.

In Ghana, the fruits are grown in Keta and Glidzi in the Volta region, Western region’s Cape Three Points, Bawjiase, Efutu Breman and Gomoa West District in Central region, the Woe-Tegbi-Dzelukope corridor, Ampain; just about 60 km from the Ivorian border as well as groves along the coastline and inland zones. 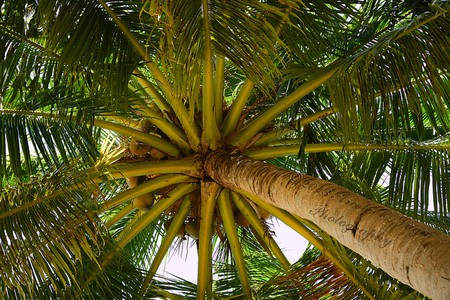 Aside the fact that coconut flesh, juice/milk are a nutritious source of fiber, vitamins C, E, B1, B3, B5 and B6 and minerals including iron, selenium, sodium, calcium, magnesium and phosphorous, the oil is known for healing qualities. Parts of the coconut are used as natural skin softener, moisturizer and for preventing skin infections and dark circles under the eyes.

Due to the healing properties and health benefits, coconut oil is of special interest beyond its nutritional content, especially in traditional medicine. It is used in the alleviation of asthma, bronchitis, dysentery, flu, irregular or painful menstruation, ulcers and kidney stones. The oil is also used to treat blisters and burns, improve skin tone and soothe sunburns. 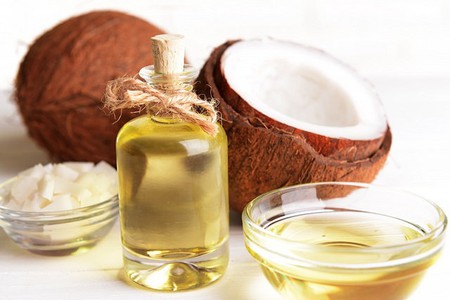 Coconut farming was compassed in Keta until 1920. Presently, its cultivation has spread all over the coastal regions and the types in plantations are mostly local West Africa Tall ecotypes. In 2007, the price of fresh coconut was as low as 20 Ghana pesewas (20Gp). The price then soared as high as 60 Ghana pesewas (60Gp) in 2011, and now coconuts sell for 1 Ghana cedi 50 pesewas or 2 Ghana cedis. 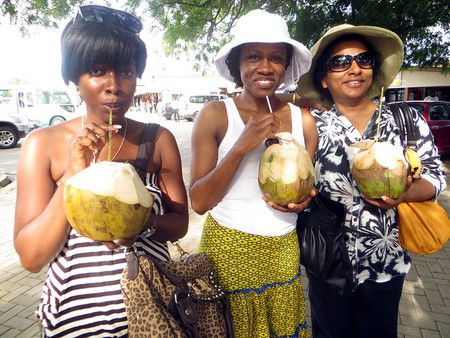 Coconut growers complain of a disease called Cape Saint Paul Wilt which has been the crunch in Ghana since 1932. It results in premature nut dropping and blackening of immature flower heads. then yellowing or in some instances browning of the crown which dries up and falls off, leaving the “telephone pole” figure. The disease plunders several thousands of hectares of coconut each year.

While coconut lovers are enjoying their favorite fruit on Accra’s streets, the farmers are peering to know when the Ghana Coconut Project; a one million hectares coconut plantation project which will employ more than 200, 000 people with a projected revenue of about 12 billion dollars per year, will get cracking. 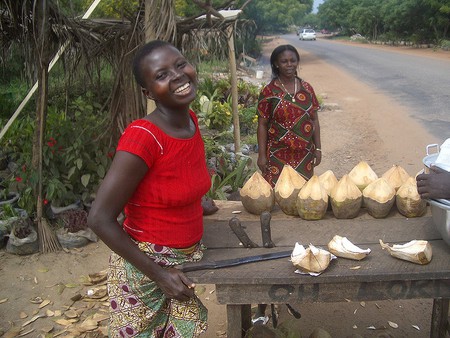