Following the trend of tech investments on the continent, Google’s impending major move in Africa is to set up an artificial intelligence centre this year in Accra. On June 13, 2018, the American multinational technology company declared its interest to open a machine learning research institution in Ghana’s capital city. So what does Google’s proposed AI centre mean for the future of Ghana?

There are several examples of social, medical, agricultural, entertainment and economical transformations that have sprung up thanks to the application of online advertising technologies, search engine, cloud computing, software, and hardware innovations, and Google has been part of this story since its expansion across Africa over the last 10 years. Countries in Africa which have been trendsetters in the tech-hub industry aside from Ghana include Ethiopia, Nigeria, South Africa, Kenya, Tanzania and Rwanda.

Sharp and sentient machines could become a reality, as computer systems now understand spoken commands, drive vehicles and play games too, though a mark of bias exists. AI technology has produced reactive machines like game-playing supercomputers, limited memory systems that are based on memory (for example self-driving cars), theory of mind computers – which are formed with representations based on human function – and self-awareness systems designed to have a level of consciousness.

Why has Google picked Ghana?

Experts say it is likely that Ghana’s position is attractive to Google because of the products of accessible education and the fact that it is politically stable. This was confirmed by Jeff Dean, head of Google’s AI division, who spent part of his childhood in Uganda and Somalia. “In the end we chose Accra because of a strong ecosystem of local universities and its proximity to a branch of the African Institute of Mathematical Sciences, and our experience in the country.” 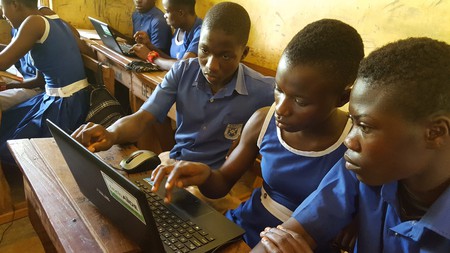 Aside from its core search engine, Google’s rapid growth since its inception on September 4, 1998, has triggered a string of products, procurements, and collaborations. Its expansion in Africa promises to enable utilisation of simulated human intelligence involving learning, reasoning and self-correction by computer systems at its Accra hub, to solve challenges in areas such as healthcare, agriculture, and education.

Other recent tech investments in the sub-region include a special version of YouTube built for users with slow internet connections, an initiative implemented through Google CEO Sundar Pichai’s Launchpad Accelerator and Facebook’s new technology hub/start-up incubator in Lagos.

Interest in machine learning research has been increasing exponentially across the continent, with events like Tanzania’s Data Science Africa 2017, and South Africa’s 2017 Deep Learning Indaba, and 2018’s IndabaX.