These Are the Street Artists From Accra You Should Know 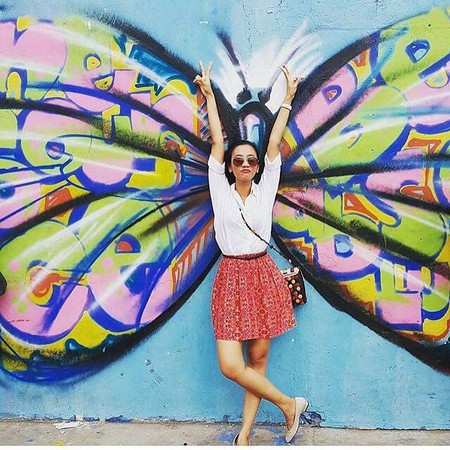 Street art in Accra is an untamed outfit where poetic theatre could crochet with breathing installations or sound skeletons could be spliced into riveting sculptures. Here are a few of the many intelligent street artists from Accra you should know.

She wanted to be a ninja when she was small, and now Elisabeth Efua Sutherland kicks it as the founder and artistic director of Accra Theatre Workshop. Her portfolio has detailed experience in theater-based art education not only in Accra, but the United States and the UK, after schooling at De Pauw University, Indiana, and Brunel University. With architect parents and a renowned playwright and activist grandmother, one couldn’t go wrong with sincere dynamism. Since 2013, the artist has worked with a team of young dynamic actors, using non-traditional backgrounds, futuristic props, and concepts to create environmental awareness concepts. Projects like An African walks into a Voting Booth, The Occupy Love Project, Sui Generis, Dreamscape, and Dwennimmen have stirred some unique breath into the scene. Her mantra, as echoed from Jill of All Trade and MESH interviews is “start wherever you are, with the little you have.”

Mohammed Awudu, popularly known as Moh, is one fine versatile artist from one of Accra’s most multicultural settlements, Nima. He garnered inspiration from Nima’s Mozzay Hashim, aside school time in the arts. Imago Mundi honored him with Most Talented artist in a competition and spurred his confidence to perform at Chale Wote festival several times. By using pencil drawing, traditional painting, and gigantic public space murals, the artist has drawn on people to celebrate their heroes and connect the planet. Moh is the artistic director of Nima Muhinmanchi Art and Reimagine Nima, and has featured several art projects and exhibitions, like UNICEF’s public defecation exhibition; Let’s Talk Sh*t. 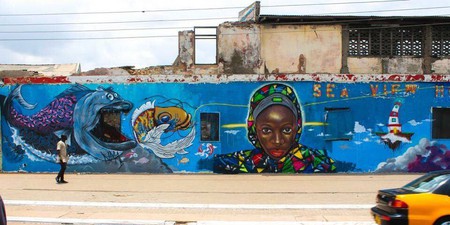 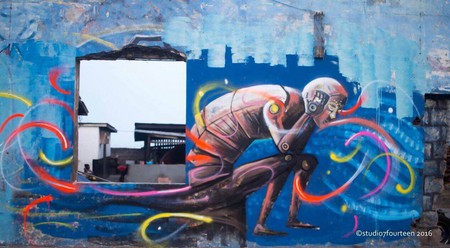 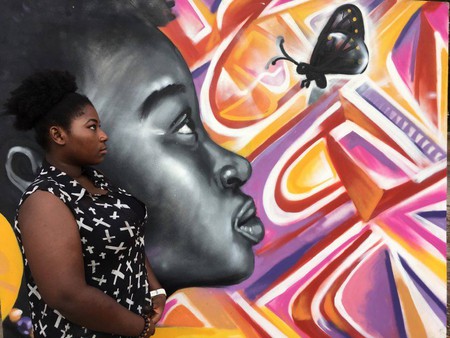 Va-Bene Elikem Fiatsi, A.K.A. crazinisT artisT, is a passionate performance artist challenging gender norms with shape-shifting voiceless improvisations on controversial, political, and subversive themes. Son of a Ghanaian mother and Ewe Togolese father, VaBene’s approach has been one of inquiry via deliberate provocations interrogating social implantation. He is currently pursuing his M.F.A. at Kwame Nkrumah University of Science and Technology (KNUST), Kumasi, where he earned his bachelor’s. His most recent project was Gallery 1957’s Rituals of Becoming. Others are Silence between the Lines (2015), the Gown must go to Town (2015), the Return of the Slaves (2015), Protest (2015), TERRITOIRE DE CRÉATION 5ieme édition, and Chale Wote Art Festival (African Electronics, 2015) 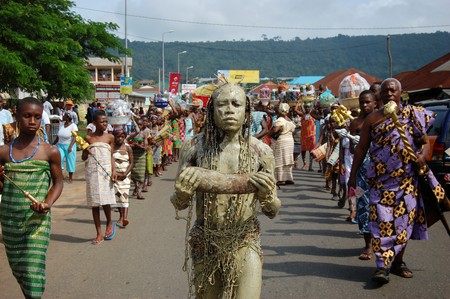 From March 5 to May 29, when Nubuke Foundation displayed Fatrick’s solo exhibition titled Caught in the Web, new followers of her work were astounded and dug further to discover that the artist, who holds a Bachelor’s of Fine Art from KNUST, had explored fabric installations, performances, and painting to plot visual stories on consumerism and interdependence between humans and the natural world in many previous projects. Fatrick was one of the few artists that participated in the Centre of Contemporary Art, Lagos Pan-African residency on the theme; Archive: Static, Embodied, Practiced. The reflection of absorbed sounds of neo-colonial echoes, living colors, and resplendent textures of her environment spring into her work, to engage the subconscious emotionally and give physical self-liberation.

The work of Ian Kwaku Adomako-Kwakye, A.K.A Ian Quhachi, is a time-travel through painting, illustration, installation, and street art. Aside from exhibition spaces in Accra and Takoradi, the self-trained artist has explored the use of social media and non-traditional spaces as a strategy to question the limited spaces for an art display in Ghana. His practice has centered on investigating street pop culture not just as a medium of cliche extravagance, but to further debate representation of a continent’s visual traditions.

Evans Mireku Kissi, also known as Steloolive, is an intractable performance DJ based in Accra blazing the trail in House Music and mincing contemporary electronic rhythms with traditional vibes. He’s known as Accra’s most fashionable sound artist on a mission to re-engineer the narrative of self-made and styled trends. In performance, an ironing board can replace a DJ stand while water-filled glasses, spoons, and box irons could be used as instruments. His art is rooted in individual emancipation as an expression for social commentary.

One of the most enthusiastic Ghanaian artists who has indulged in a myriad of experimental creative genres is Kwasi Ohene-Ayeh. Based in Kumasi, where he teaches and conceptualizes projects through writing, installation, site-specific, and curatorial projects, he has curated some intriguing works, like Voyage of [Re]Discovery, organized by Nubuke Foundation, and co-curated Silence Between The Lines, organized by Ɛyɛ Contemporary Art Ghana and blaxTARLINES, KUMASI. His dedication at Ehalakasa helped to expand the poetry performance oeuvre in Ghana. Ohene-Ayeh has shown in Senegal, Morocco, the UK, Colombia, and the USA. His most recent work is a solo by Edwin Bodjawah he curated at Cape Coast Castle called of Blood, Soil & more…SILENCE SPEAKS.

How much power can come out of aggregations of everyday objects? What does collective subjectivity have to do with dysfunctional representations with respect to politics of space? Kelvin Haizel’s childhood experience growing up in communal spaces as part of his extended family system and boarding school drums pragmatic urgency into his artistic practice to interrogate postcolonial construction and privatization of space, with installations, mixed media, and performance.

After studying with Amon Kotei between 1995 and 1997 and tapping into Sowatey Adjei‘s screen printings, Tei Huagie nurtured his own style with painting, sculpture, and design. At his studio in LA, he constructs pieces that have been shown on the walls at Chale Wote festival, Royal Ontario Museum, and The World Bank Headquarters, Washington D.C.

Kenyan writer Binyanvanga Wainaina thinks Kwame Asante’s art provokes a “relevant imagination for a future Ghana.” Inspired by printmaking, Kwame deploys repetitive assemblages of milk cans to re-imagine stacked social issues in Ghana. The artist leans on common items like bamboo curtains found in local chop-bars or homes to describe repetition or simulation models in his work. By remodeling waste materials, he renders a voice resounding that “African electronics is a form of liberation.” 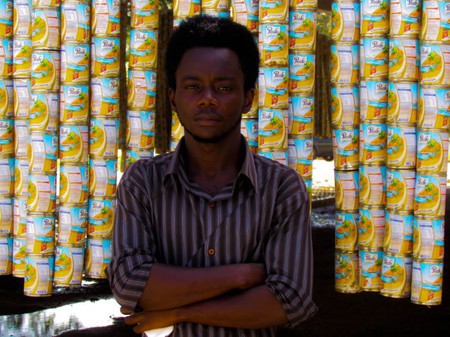