These Are the Best Football Players from Ghana 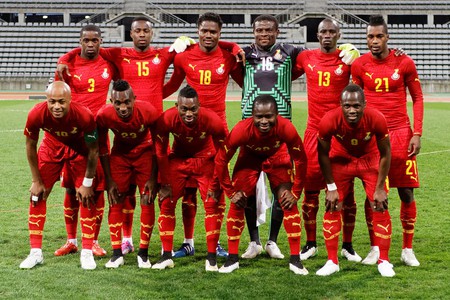 Football is the most popular sport in Ghana, and it is no wonder their male football team is called the Black Stars. It is reported that the sport was first introduced in the country towards the end of the 19th century by sailors from Europe. As a result of its gain in popularity, their first football team, Excelsior, was established in 1903 by Mr. Briton, a Jamaican-born Briton, who was the headteacher of a boys’ school in Cape Coast. Some centuries later, Ghana is now one of the top countries to produce a stellar cast of international football players out of Africa. Here’s our list of some of the best footballers from Ghana.

Born on August 27, 1984, Suleyman Ali “Sulley” Muntari is a central midfielder who plays for Spanish Club, Deportivo de La Coruña. He started his club career in 2002 at Udinese where he played for six seasons before moving to Portsmouth where he signed a five-year contract for £7.1 million (US$9.5 million). However, after a year, he joined Internazionale where he then went on loan to Sunderland and then Milan.

By July 2015, Muntari joined Saudi league team Ittihad F.C. on a €6 million (US$7 million), two-year deal. In 2017, he signed a six month contract with Italian club Pescara and now currently plays for Deportivo de La Coruña in Spain. He has played 84 international games for the Ghana national team, scoring 20 goals. His net worth is estimated at $40 million. 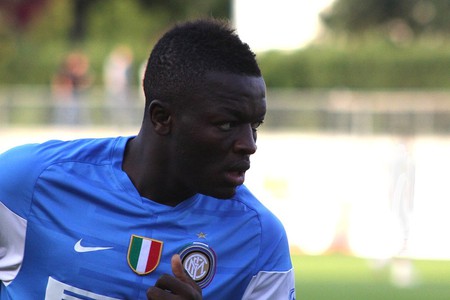 Born on November 5, 1964, Abedi “Pele” Ayew, played professionally as an attacking midfielder and served as the captain of his national team. He is regarded as one of the first great African players to make an impact on European club football. His international playing debut started in 1982 when he left Ghana to join Al Sadd in Qatar for a US$1,000 transfer fee. His career in Europe began in 1986 at French side Chamois Niort. Other teams he played for include Mulhouse, Marseille, Lille, Lyon, Torino, 1860 Munich and finally Al Ain in 1998 before retiring in 2000. He made 73 international appearances for his national team, scoring 33 goals in total. He currently owns a first division club in Ghana called Nania.

Born on September 3, 1976, Kuffour made a big debut onto the world stage at the age of 15 when he became the youngest player in history to score an Olympic medal with the Black Stars’ bronze at the 1992 games. In 1991 aged 15, he was moved to Europe by Torino F.C. And although now retired, during his active years he played as a defender for international clubs like Bayern Munich, 1. F.C. Nurnberg (on loan), Roma, Livorno (on loan) and Ajax (on loan). In April 2009, he finally returned to Ghana where he retired from his professional career after a three-month deal with Asante Kotoko F.C. in Kumasi. He played for his national team from 1993 to 2006 where he made 53 appearances and scored three goals. He was included in the Confederation of African Football’s top 30 African players of all time and his legacy remains as the three-time Ghanaian Footballer of the Year. His net worth is estimated at US$37 million. 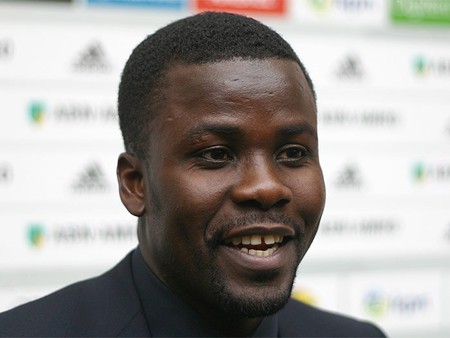 Stephen Appiah is a retired midfielder born on December 24, 1980. He was a member of the Ghana national team, which he represented at the youth, Olympic, and senior levels, and was captain during their World Cup debut in 2006. He started his career in 1995 at Hearts of Oak, a local club in Accra, and by 1997 had moved to Italy to join Udinese where he played for four years. Afterwards he was transferred to Parma for two seasons, before being loaned to Brescia for the 2002–03 season.

His success at Parma made him a good target for Juventus, who offered Parma €2 million (US$2.4 million) in the summer of 2003 to secure his services on loan, with an option of a permanent €6 million (US$7 million) transfer in 2004. In July 2005, he was again transferred from Juventus to Fenerbahçe for €8 million (US$9.5 million), where he won the Turkish Super League Championship for the club. He was capped 67 times for the Ghana national team, with 14 goals, and was twice named as Ghana’s Footballer of the Year.

Born on November 22, 1985, Asamoah Gyan plays as a striker for Kayserispor in Turkey and captains the Ghanaian national team. He started his career in 2003 with the Ghanaian Premier League club, Liberty Professionals, scoring 10 goals in 16 matches before moving on to play three seasons with Udinese who also sent him on loan to Modena. Other clubs he played for include Rennes, Sunderland (signed for US$17.5 million), Al Ain, Shanghai S.I.P.G. and Kayserispor where he’s been playing since 2017.

He represented Ghana at the 2006, 2010 and 2014 FIFA World Cups as the top African goalscorer in its history with six goals. He’s also known as the all-time leading goalscorer of the Ghana national team with 51 goals from 105 caps. Apart from his football career, Gyan is a serial entrepreneur with several businesses across different industries, and has an stimated net worth of US$23 million. 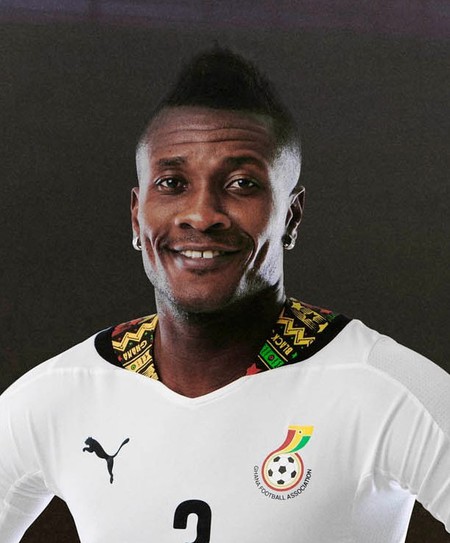 Born Anthony Wally Yeboah on June 6, 1966, he is a retired striker whose career spanned from 1981 to 2002. He started his international career at 1. F.C. Saarbrücken in 1988, which had some historical significance, because he became one of the first black players to appear in the Bundesliga.

In 1990 he was transferred to Eintracht Frankfurt as the first black player the team had ever signed, and became the first African Bundesliga club captain. Furthermore, he was named twice as the top Bundesliga scorer in 1993 and 1994. In January 1995, he was transferred for £3.4 million (US$4.6 million) to Leeds United. Yeboah played for Ghana national team from 1985–1997, scoring 29 goals in 59 appearances. He has the third-highest goal scoring total in the nation’s history behind Abedi Pele and Asamoah Gyan.

Michael Essien is a professional midfielder born on December 3, 1982. He started his career in 1998 playing for Liberty Professionals in Ghana before he was moved to the French club, Bastia in 2000. He played for them for three seasons, before moving on to Lyon in 2003 where he won back-to-back league titles in 2003–2004 and 2004–2005 and also played in the UEFA Champions League for the first time. Then, in 2005, he signed with Chelsea for a £24.4 million (US$33 million), which made him the most expensive African footballer in history at the time. He helped Chelsea to win the Premier League in 2006 and 2010, as well as three F.A. Cups and one League Cup. After leaving the Premier League club in 2014, other clubs he’s subsequently played for include Milan, Panathinaikos and Persib Bandung. He’s been capped for the Ghana national team 58 times, with nine goals. His net worth is estimated at US$70 million

Karim Abdul Razak is a former coach and midfielder footballer born on April 18, 1956. He started his career playing for the Kumasi Cornerstones in 1972, before moving to a more successful local club, Asante Kotoko, in 1975. Four years later, during which he became a member of the national team and earned the 1978 African Footballer of the Year award, he left Ghana to join the New York Cosmos. Two years later, he moved back to Ghana and went back to sign with Asante Kotoko, but after a year’s stint he left for Al Ain of U.A.E. where he spent two seasons. Afterwards he moved to Arab Contractors for two years before once again returning to Asante Kotoko. Three years later, he moved to Ivorian side Africa Sports of Abidjan, where he retired two years later. In 1978, Razak won the African Footballer of the Year award, becoming the second of just three Ghanaians to ever be given the honour. He played for the Ghana national team from 1975–1988 with 70 caps and 25 goals.

Born on December 17, 1989, to one of Ghana’s football legends and African Footballer of the Year, Abedi Pele, Ayew plays for Swansea City and the Ghana national team. He started his career in Ghana playing for Nania, a first division club founded by his father. His senior career debut was also for his father’s former club, Marseille, where he played for eight years, during which he was on loan twice—first to Lorient from 2008–09 and then Aries-Avignon from 2009–10.

In June 2015, he signed free transfer to Swansea City where he was named Premier League Player of the Month for August. He also received Swansea’s monthly GWFX Player of the Month award for August after making an immediate impact by scoring three goals in his first four league appearances. Then in August 2016, he signed a three-year contract to West Ham United for a record fee of £20.5 million (US$27.7 million). However, on January 31, 2018, Ayew completed a deadline day return to former club Swansea City for a reported £18 million (US$24.3 million). He’s played for the Ghana national team from 2007 to present and his net worth is estimated at US$28 million. 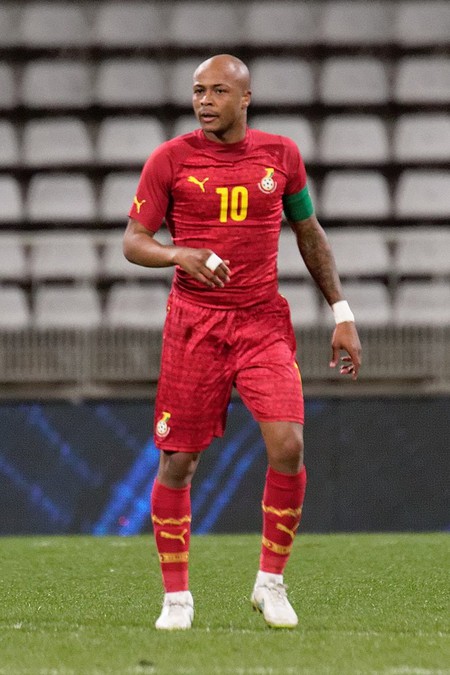 Alexander Tettey is a Norwegian central midfielder who plays for Norwich City. He was born on April 4, 1986, in Accra, Ghana, but moved to Norway in 1999. He made his senior career debut at Rosenborg in 2003 with 89 caps and 12 goals. He played there for six years, one of which he was on loan to Skeid.

In July 2009, he signed a €3.5 million (US$4.1 million) four-year contract with Rennes earning 60 caps and two goals. However, his stay with the club was plagued with several injuries right from his first match with them. On August 25, 2012, Tettey signed a two-year contract with Premier League club Norwich City where he remains today. In addition to his international career, he played for the Norwegian national team from 2007–17 earning 34 caps and three goals. 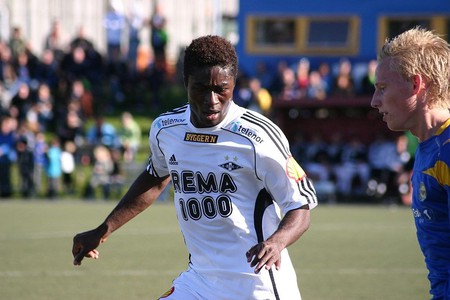 Born on March 6, 1987, Boateng is a German-born Ghanaian midfielder (also forward) currently playing for Eintracht Frankfurt. Known for his strength, speed, and ball tricks, he started his senior career at Hertha BSC II in 2004. He went on to make his first team debut at Hertha BSC in a 2–0 win against Eintracht Frankfurt in the second round of the 2005–06 Bundesliga season.

In July 2007, Boateng was reported to have signed a £5.4 million (US$7.3 million) four-year contract with Tottenham Hotspur. However, his performance didn’t live up to expectations and he was loaned to Borussia Dortmund in January 2009 to see out the season. In August 2009, Portsmouth reportedly signed him on a £4 million (US$5.4 million) contract for three years. He also went on to play for Milan, Schalke 04, Las Palmas, and Eintracht Frankfurt where so far he’s made 26 appearances with six goals. He played for the Ghana national team from 2010–14, including the 2014 FIFA World Cup qualification play-offs against Egypt. His net worth is estimated at US$20 million. 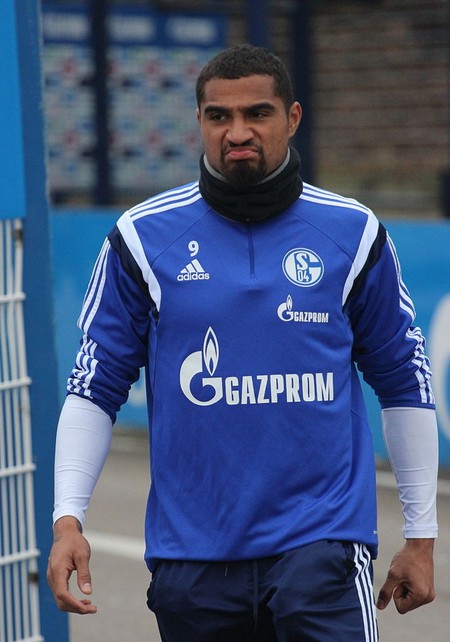