The Top 10 National Parks In Ghana

Monkeys in Ghana I © Frontierofficial/Flickr
With its coastal climate and tropical savannah, Ghana is a country with a diverse and incredible natural environment. A culturally assorted place too, home to major ethnic groups like the Ashanti and the Akans, the breathtaking waterfalls, woodlands and lakes here serve as the setting for many diversified people. Here are 10 national parks to visit and get better acquainted with Ghana’s natural wonders. 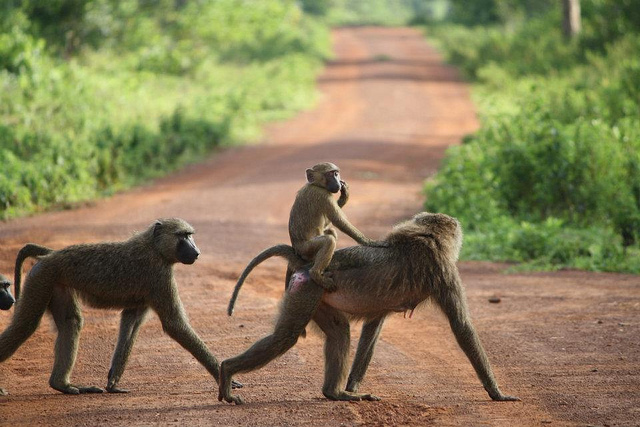 Monkeys in Ghana I © Frontierofficial/Flickr 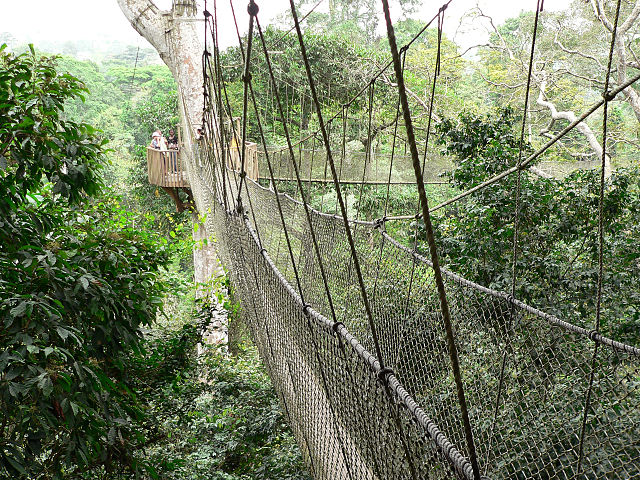 Located near the coastal area of the Central Region of Ghana, Kakum National Park is a tropical rainforest with many unique species of fauna, flora and animal. These include the endangered Diana monkey, the yellow-backed duiker and the African elephant. Kakum is a chief attraction for the many visitors who annually flock to Ghana to see wildlife and wonders of nature. This park  is home to many birds, such as the African grey parrot and hornbill. You should also try the Kakum Canopy Walkway, a 350m-high walkway high up in the sky which journeys through several connecting treetops.

The 563-square-kilometer Bia National Park lies in the Western Region of Ghana, close to Sekondi-Takoradi, a city of about half a million. The park houses some rare varieties of mammals, as well as many different species of birds and some of the tallest trees in West Africa. The white-breasted guinea fowl is one of numerous endangered birds to be found here. In a typical 2-day visit, you may see over 100 different species of bird, along with numerous elephants, bushbucks and chimpanzees. Campsites here allow guests to have a rugged camp experience, and many lodges and modern guesthouses also provide attractive accommodation options. 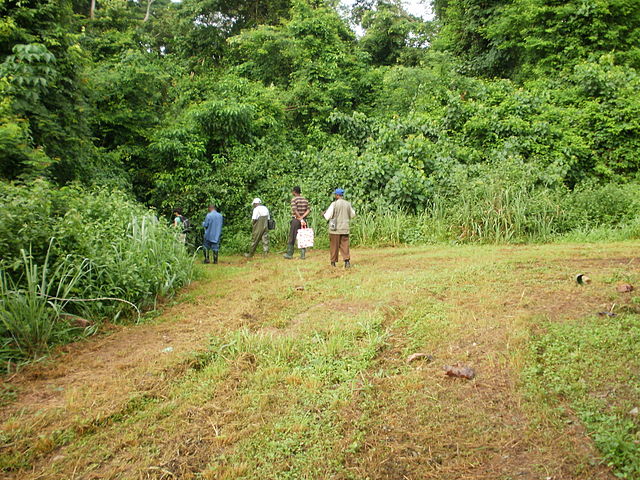 Entrance to Bia Forest reserve in the Western Region | © Akiwumi/WikiCommons

Right on the shores of the gargantuan Lake Volta, Digya National Park is home to a large elephant population as well as a stunning variety of other fauna and flora. The national park is in the Brong Ahafo region and covers an expansive 3500 square kilometers. Along with the opportunity to watch the variety of mammals and primates along the shores of the lake, a visit to Digya National Park offers the chance to see over 200 species of bird. Crocodiles, otters and other river creatures will also make the visit memorable. The forests of Digya are also breathtaking, combining gallery forest and savannah woodland. 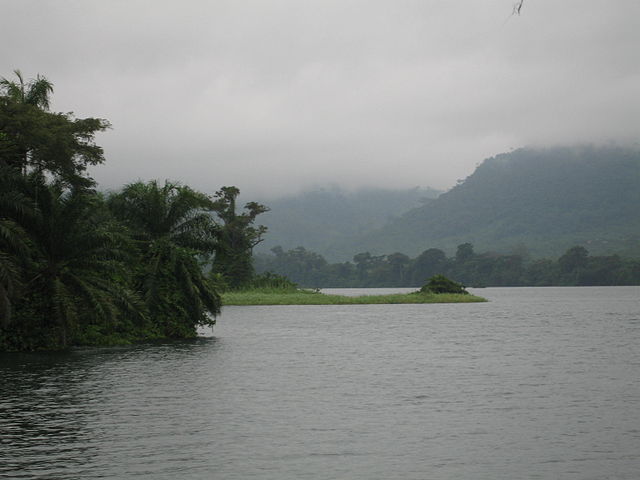 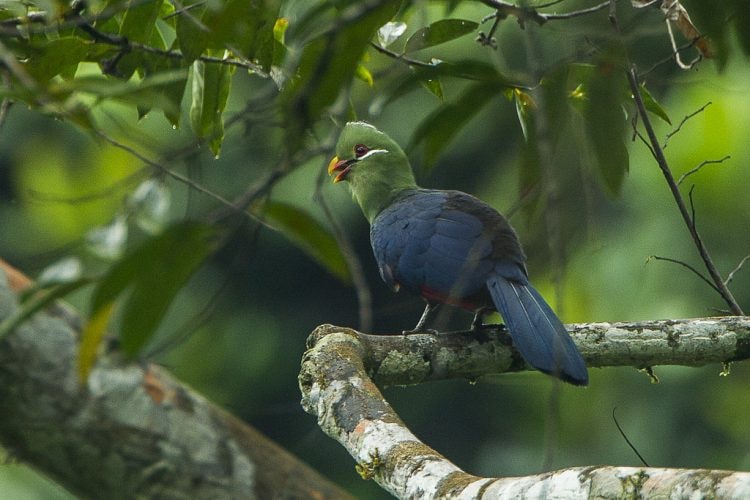 Nini Suhien National Park is a smaller national park that is joined with the Ankasa Resources Reserve into a unified conservation area. The area combined is about 500 square kilometers, of which the national park comprises about 160 square kilometers. Despite its small size the area has an incredibly rich biodiversity. You will see African elephants and the endangered Diana monkey, along with 263 species of bird. Sublime views of the Nini and Suhien rivers and waterfalls are available for enjoyment in the park. 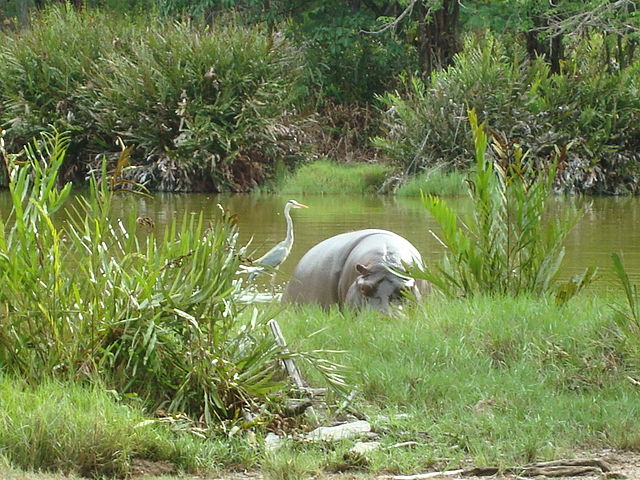 The third-largest national park in Ghana, Bui National Park bisects the Black Volta River. The river winds its way from Burkina Faso down to the White Volta in Ghana, and is home to many river species. The most prominent of these is the large hippopotamus population that dwells in the waters. This is the perfect spot for taking a guided canoe ride and watching these large creatures at home in their natural habitat. You will also get to see a large number of antelope, monkeys and birds that inhabit the 1800 square kilometer expanse of Bui National Park. 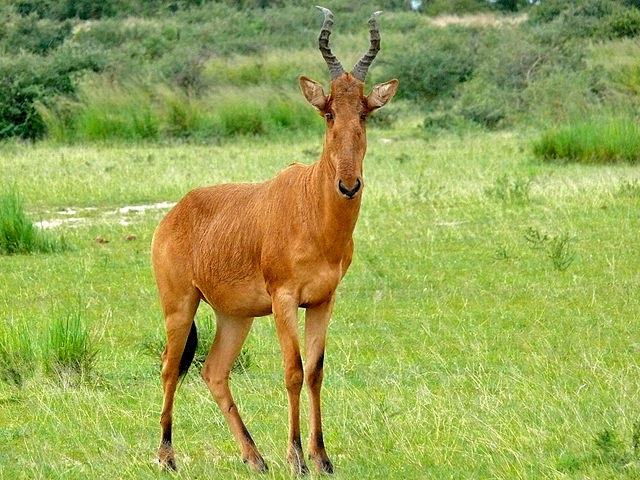 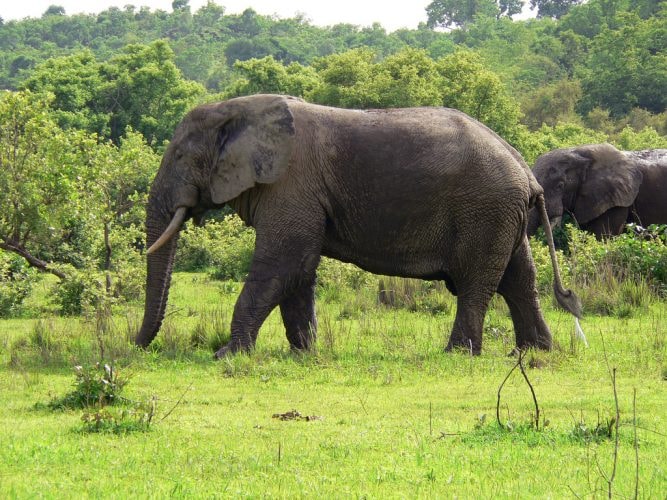 The gigantic Mole National Park covers an area of over 4500 square kilometres in savannah woodland, and incorporates many idyllic waterways and forests. A visit to Mole can be accomplished in style, with many quality hotel lodgings such as the Mole Hotel and Mole Motel offering first-class accommodation options. The area is pristine and the Mole and Lovi rivers pass through the park charmingly. The area receives around 1000 millimeters of rainfall a year, and this helps to sustain many diverse species of animal including hippos, buffalo and elephants as well as leopards, lions and numerous plant varieties. Hiking routes are popular and can be walked or traversed in a car, and they give a unique perspective of this magnificent park. 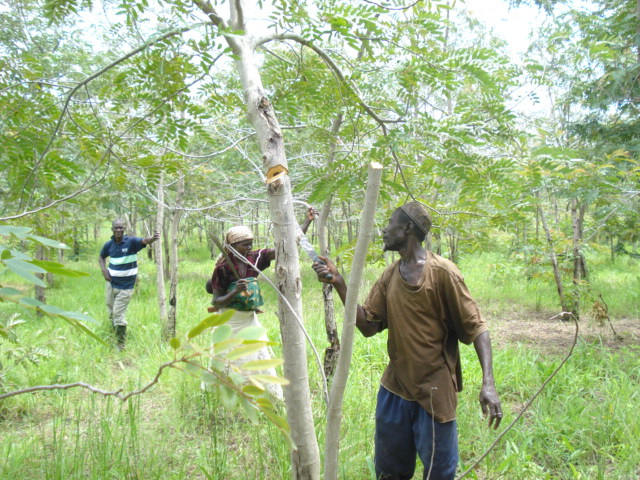 Located 9 kilometers East of Akumadan in Ghana’s Ashanti Region, the Asubima Forest Reserve is a forestry area focused on preserving Ghanaian tree species. The reserve occupies some 7800 hectares and is the base of reforestation efforts in the area. The reserve hosts programs such as high quality nurseries, model plantations and intervention programs working against deforestation, logging, woodfires and illegal farming. The local farmers take part in the programs, working in the plantations as workers, guards or fire squad members. 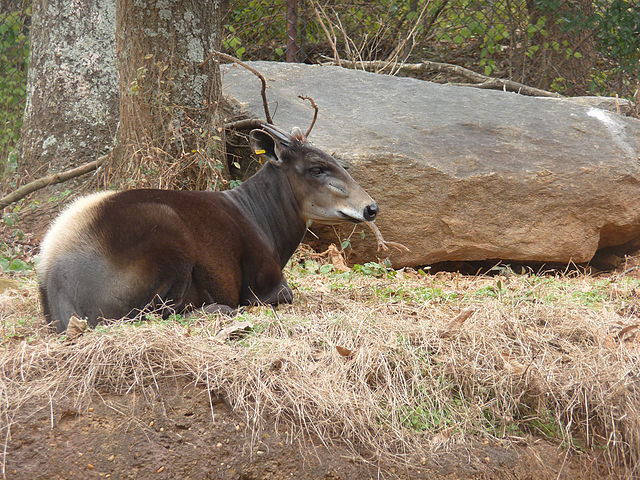 Established in 1968, the Boin Tano Forest Reserve occupies 129 square kilometers in Ghana’s Western Region. The Bisao and Tano rivers run through the reserve, creating plenty of swamp habitat. The area supports a wide variety of bird species, many of which are endangered, including the white-breasted guinea-fowl and the yellow-bearded greenbul. A variety of animals also exist within the reserve, for example, the yellow-backed duiker and the ursine collubus. These animals are in grave danger of being hunted and it can be seen that the reserve plays a significant conservation role. 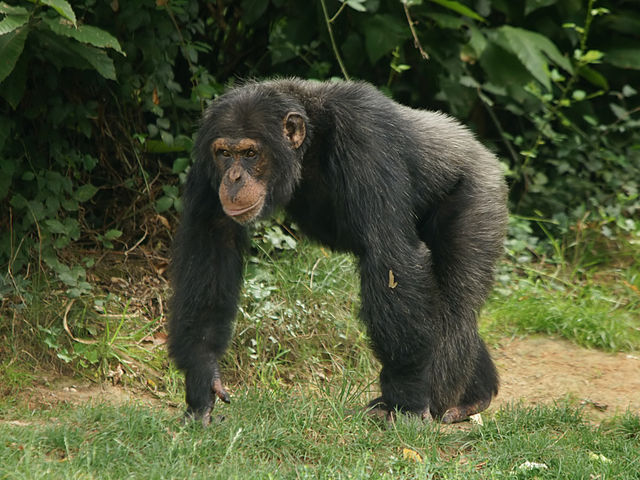 The Ayum Forest Reserve lies within the Brong-Ahafo Region area. Connected to it is the Subim Reserve and Bonsampepo Reserve, and collectively the three cover about 488 square kilometers. The Ayum Forest reserve covers about a quarter of the total area. The Ayum Forest Reserve plays a key role in preserving biodiversity in the Guinean Moist Forest EcoRegion. The space contains low numbers of chimpanzees, elephants and other endangered species.