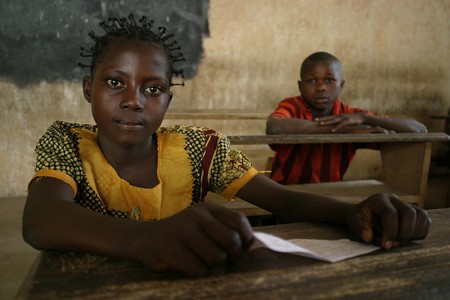 In a country that is evolving fast, some dark spiritual beliefs of the old world about ill luck and disability are difficult to shake. We highlight these issues, as well as those leading the fight for the rights of disabled persons in Ghana and their hopes for the future.

Old beliefs die hard in countries with a lack of medical care and education. In more rural areas of Ghana this has led to children who have had the misfortune of being born with a disability or deformity to be viewed as omens of impending doom. They are perceived to be reason for a woman’s death at childbirth, the source of a family’s poverty, or the cause of a village famine. The child can be blamed if a mother gets sick; or even if the child is part of a twin or a triplet, this can be undesirable and suspicious.

When these beliefs are voiced – usually by the father, who has the last word in all matters – then a ‘concoction man’ is called upon. This village figure, who is traditionally in charge of providing herbal cures and tinctures for ailments, mixes together poisonous herbs, which are then given to the child, who usually dies within five minutes of ingesting them. Then the child must be given a burial far away from the village and the concoction man must come and cleanse the house of the lingering spirits that the child may have left behind.

The mother of such a child can do very little, other than go along with tradition. For mothers there is also the worry of being labelled as witches, for if they were to take the wrong side, and fight for the evil spirits, they might be banished to a witch camp in the north – such places keep ‘evil women’ together, away from society, where they can do no harm.

Fortunately, slowly but surely, things are changing – and not a moment too soon. 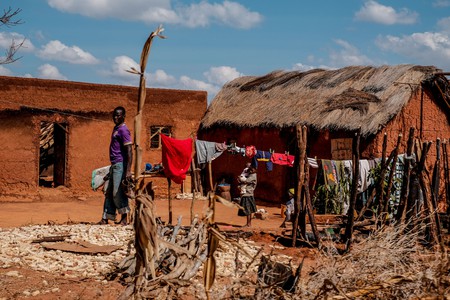 Ghana is experiencing a huge change in terms of economic growth and development, and trickling down from this is an opening up and connection of the rural hinterlands. As a result, this has brought about greater access to education and healthcare, both of which are helping dismantle outdated beliefs. For example, women have been shown that the lack of correct self-care during pregnancy and birth is what causes problems, and in most rural areas women experience next to no pre- or post-natal care. If problems do arise during childbirth, they receive almost no support.

In 2015, it was estimated that there were 5 million handicapped persons in Ghana, with conditions including autism, learning disabilities, as well as visually and hearing impaired persons. According to the Ghana Federation of Persons with Disabilities, ‘People with disabilities in Ghana are often regarded as unproductive and incapable of contributing in a positive way to society, and rather seen as constituting an economic burden on the family and the society at large, which leaves them in a vicious cycle of poverty… In developing countries, there are rarely strong disability movements actively working to improve the living conditions for people living with disabilities. Disabled persons are often only weakly represented in civil society and Ghana is no exception.’ 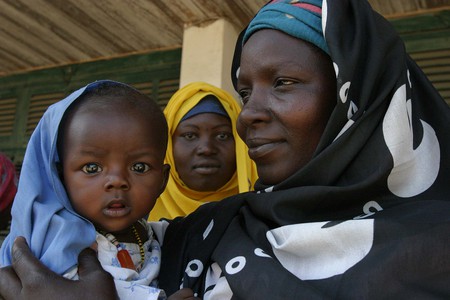 According to Human Rights Watch, ‘Funding for mental healthcare in Ghana is a major challenge. Despite the large number of people with disabilities in Ghana, less than 1% of the national health budget is spent on mental health services. People with mental disabilities living in the community also reported that there are few support services, including medical care, aimed at helping them integrate into community life. As a result, they lack medication and other basic necessities such as food and shelter.’

Since 2007, organizations, such as AfriKids, provide invaluable talks and workshops to villages, their chiefs and elders, even bringing in fully grown, successful adults who had once been considered ‘evil spirits’ to show how they are healthy and contributing members of society. Support is provided for women’s organizations, empowering them with small business loans so they have a greater say in supporting their families, and therefore a louder voice. Even the concoction men – who saw the eradication of these practices as a loss to their livelihood – are given new roles, charged with the protection of disabled children and their rights, or given micro-finance loans to retrain in another field.

Friends of the Handicapped International (FHI) have raised over $400,000 and assisted in the education of 550 handicapped children in Ghana, providing them with the materials and support to come out as skilled tradesmen and women who otherwise would have been marginalized. Indigenous organizations, such as Ghana’s Campaign for Learning Disabilities (CLED), have appeared, shining a spotlight on areas of the country where children are excluded from learning because of their disability. This organization partners with groups in Europe to bring much-needed training to teachers on how to deal effectively with learning disabled children who may have communication or learning difficulties.

Transforming villages with medical and children’s centers, assisting in vocational training, and providing industry and support, is important to moving things forward – and it’s working. On a governmental level, outdated practices have been categorically banned, and the government and authorities have stated their intentions to enforce the new laws. The witch camps, where so many women have been banished, were spotlighted in 2015 thanks to a government inquiry, and there are ongoing efforts to dismantle said camps.

There is great hope that, as Ghana moves forward into a bright, new era, inhumane spiritual beliefs are a thing of the past that can be left safely behind, never to be resurrected.