Meet the 'White Chiefs' of Ghana 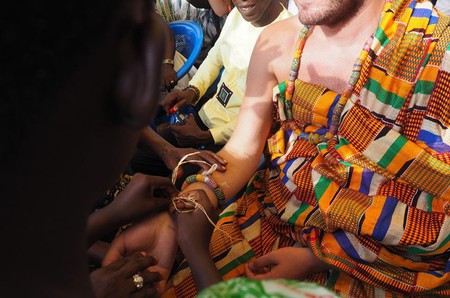 People from other nationalities who understand the rooted customs practised in Ghana and are regarded as fit to undertake local advancement could earn the title of ‘nkɔsuɔhene‘ (pronounced ‘nkosuhene’), or development chief. The trend of ‘white chiefs’ in Ghana is a modern arrangement which opens traditional boundaries to a newcomers. Here’s everything you need to know.

In a society with complex regional leadership systems, where traditional authorities function as custodians of the land and heads of community, the age-old system of observing cultural festivities, keeping history alive with ritual ceremonies, sacrifices to the ancestors and prayers to the gods, inaugurating harvest periods and cleansing are essential aspects of what comes together to form the whole body of a township. 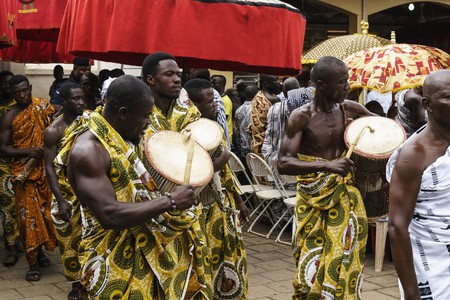 In post-colonial times, there’s been resistance on multiple fronts from indigenous residents who oppose the western claim that traditional authorities are obstacles to modern forms of development. Currently, Ghanaian chieftaincy has evolved into a constitution-supported amalgamation with both modern and traditional facets. The National House of Chiefs is made up of representatives of the various paramount stools across Ghana.

Why ‘white chiefs’ are appointed

People who come from different backgrounds have been honoured with the responsibility of upholding traditional authorities, and are appointed with the aim of sparking transnational connections to usher in infrastructural development and innovation to rural areas. Some communities have benefited from this concept, where newcomer chiefs have built or supported the management of schools, hospitals, water-supplying boreholes, libraries, etc. There is the notion that foreigners have networks with progressive international agencies and usually manage their own NGOs – as such there is the potential to access funding for community amenities.

The role of the nkɔsuɔhene

The nkɔsuɔhene are key symbols of the welcoming nature of Ghanaians. Ghana’s culture stems from the open ideology of diversity and inclusivity. The main functions of development chiefs include: initiation of socioeconomic development, bridging the outside world with less accessible communities, and representing a different culture beyond traditional boundaries. Paramount chiefs and elders share their concrete knowledge of history of the stool, ceremonial tradition, sacrificial rituals, obligatory performances, customary royal protocols and clothing with development chiefs to sustain the embodiment of culture. 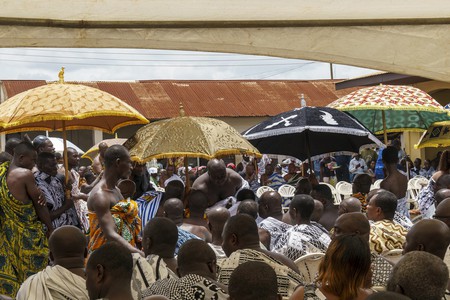