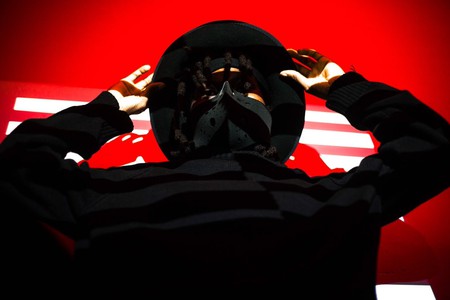 Keyzuz is a magician with dubstep, trap and future bass cuts | © FullishArt

Some of Accra’s DJs are not just regular music pros, but total performance specialists versed in making your night out in the city an experience to remember. We spoke to two of the names from Ghana’s capital – Kobby Graham (KG) and Keyzuz (KZ) – to find out how DJs are transforming Accra’s nightlife.

What is it about DJing that makes it interesting for you, aside from producing your own music?

KG: I would love to know how to produce, but producing requires more training than being a DJ does. I know people who transition from DJing into production, but I’ve not managed to make that jump. With DJing, I get to share great music with people and introduce people to new genres and songs.

KZ: I feel like DJing for me is basically an extension of who I am as a person. Music is one of the only things that actually makes me feel alive, and DJing is especially exciting for me because it has become one of my avenues of creative expression. It’s very fulfilling for me and it keeps me inspired as well as excited about life in general.

Keyzuz is a magician with dubstep, trap and future bass cuts | © FullishArt

Is it subjectivity, or other criteria you base on for selecting what to play at a gig?

KG: When I’m playing at a gig, I tend to tailor for the audience, but I’m very careful about the audiences that I DJ for, because the genres that I DJ tend to be unpopular. I don’t DJ at regular events, so I like to accept challenges. I had a friend who was getting married and wanted only music from Independence era Ghana, so I only played E. T. Mensah and co. I never prepare my whole set in advance. I come up with at least one folder full of songs, then I play from this folder and mix it with other stuff, depending on where the song or mood goes, I do it on the fly.

KZ: In a certain sense I’ve always envisioned myself as more of a live performer who gets the freedom to experiment, than a conventional DJ who is out to please any particular demographic. I want to be able to get in front of a crowd and take them on a sonic journey. I love to take songs apart and restructure them, or layer other instruments or samples on top of them while I play, and basically just have fun while exploring musical boundaries and not be so constricted by what is the flavour of the moment.

What’s your perspective on the relationship/balance between technological advances, music and art of DJing?

KG: With regards to technological advances and the art of DJing, by the time I learned how to DJ in the 2000s in the UK, I learned by using CDs. DJing started with people carrying around their crates of music. CDs reduced the load, but mp3s took it to the next level. CD DJs were not taken seriously till we mastered the craft and technology allowed us to do things like scratching. Here on the continent, whether legally or illegally, mp3s have created better access to music and it makes the DJ’s job easier. If you’re using Virtual DJ, you can actually visualize what is about to happen with the track. We have really expanded the definition of DJ now, where the vinyl DJs are like gods. 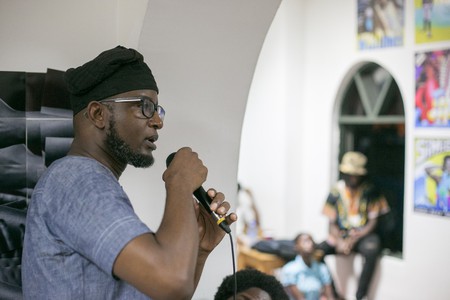 KZ: There’s a certain purist school of thought on DJing that basically doesn’t consider anyone a ‘real’ DJ unless they follow a certain set of rules, such as manually beat-matching their tracks, playing on vinyl decks, etc. Some old-heads would dismiss an entire set because the DJ was in their opinion just ‘pushing buttons’ and therefore has no real skill. Evolution is necessary in every field and with recent technological advances, DJing is definitely one of those fields which I think has evolved way beyond its traditional definition.

When you play, do you feel the crowd gets to appreciate the intricacies of complex DJing?

KG: The influence of DJing in Accra, essentially is that, DJs are the life of the party. There is a lot dictated by market tastes in Ghana. People are more used to hearing new things on the radio. It can take a long time for music to break out here. The reasons are quite complex. Ghana has come a long way from musicians playing in bands, and bands are expensive. DJs have kind of killed the live music culture, but live music culture is making a comeback alongside DJing. DJs are the ones who deal the most in digital music. They play a big role in songs breaking or not breaking, to some extent.

KZ: I’d love to see more people embrace the whole new range of skillsets being created and defined by people who are moving away from traditional turntablism, and branching off into things like modular-controllerism, and charting new territories. I for one am really excited about exploring these musical frontiers. The future is bright for DJs who are visionary enough to see where the technology is taking the art form, and are smart enough to adapt to new ways of playing. For me, it is basically ‘evolve or be extinct’.