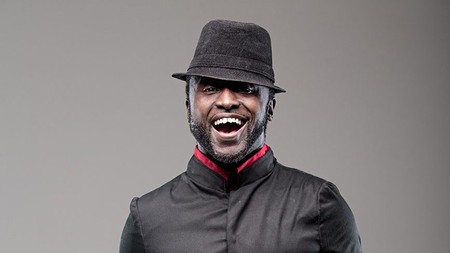 For over 20 years, Reggie Rockstone has been providing the beats and the inspiration for many of the Ghanaian club hits we hear today. Here, we meet a man whose momentum is continuing; an artist fully inspired and looking to the future for what he can still accomplish. Simple ideas can sometimes become huge phenomena. In 1994, a decision by Reggie Rockstone to fuse hip-hop beats with a playful sense of production and a uniquely African cadence of lyricism and dialect began a whole new genre of music that became known as hip-life. It became a modern cousin to the already established hi-life, which was characterised by its deference to the past, with melodic structures rooted in traditional Akan music and updated with Western instruments. Rockstone’s was a whole new, modern sound that over 20 years later has become the major driving force in Ghanaian music, and his influence can be heard in almost all new beat-heavy West African music heard today.

Rockstone says that he came to music via dancing, growing up in what he describes as a ‘musically inclined home’, where he was involved in martial arts and by extension, dancing. ‘Moving the body was none new to me, and as you know, the African will express his or her self via dance, so music got a reaction from me.’ Music wasn’t his planned career path, though, and Rockstone is aware of how paths in life can open up simply due to momentum, calling his trajectory ‘a domino one, one thing connects to the next, hence me making music today’. 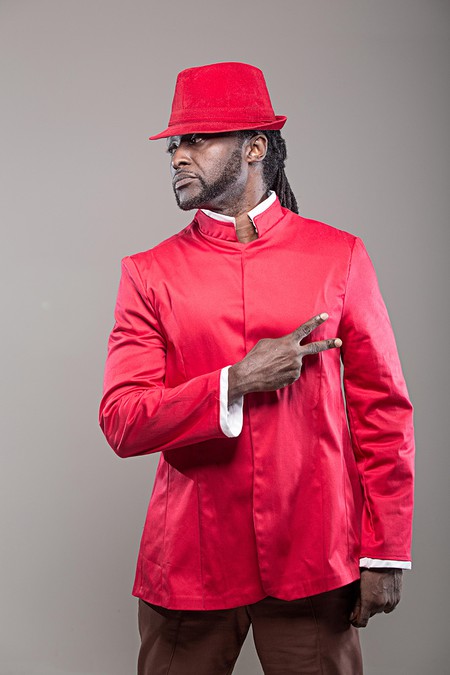 He was born in England and achieved some success there in the early 90s as part of rap group PLZ (Parables, Linguistics and Zlang) along with fellow West Africans Freddie Funkstone and Jay, having hits with tracks ‘If it Ain’t PLZ’ and their debut EP ‘Build a Wall Around Your Dreams’.

Success still eluded him, and Rockstone returned to Ghana in 1994, a strange choice, perhaps, as the UK was emerging into its Cool Britannia phase, and Ghana was living under the rule of JJ Rawlings, cut off from the happenings of the outside world, and economically unremarkable. It was a return that he describes as ‘by default’, and one that emphasises what he says about the domino effect in his life. ‘I was backstage at a venue with the legendary Jungle Brothers, rappin’ a taste, when one of them said, “We goin’ to Africa.” This had me ask, ‘Where in Africa?’ “Ghana! They got us booked for a gig called Panafest!” I was excited. I had not been home for a really long time, and was happy and a bit surprised that hip-hop was in my motherland. If the Jungle Brothers were gonna go to Ghana, then I also wanted to be there. Called my pops, and boom! We were on a metal bird home; a time I wish I could relive. Coming home! I was in my element! All came together and I knew I was sent home by Jah. Next was, “What you gonna do?” Nothing about my vibes said to go back to the west.’ And so the beginning of the musical genre dubbed hip-life began.

From there came the hits ‘Makaa Maka’, ‘Nightlife in Accra’, ‘Sweetie Sweetie’, a debut album and an independent record label called Kassa Records. This new genre reached Ghanaians across four continents, uniting them in a new African sound with a modern twist. Eminently dance-worthy, Rockstone’s music demands to be played in large spaces with speakers capable of capturing the dense beats rhythms that seem to take in a whole world of musical influences, from dancehall to disco.

Looking back on his life, the highlights are many, and he is a man grateful for having experienced so much, and that his good luck is still ongoing. He talks about his times with Beenie Man, Wyclef and superstar actor Idris Elba, his excitement with his current musical group VVIP, which he refers to as a supergroup, and his involvement in the documentary Living The Hip Life by New York filmmaker Jesse Shipley. His inspirations reach far and wide, and are about taking in all that is inspirational: music, art and ‘Mother Africa’. 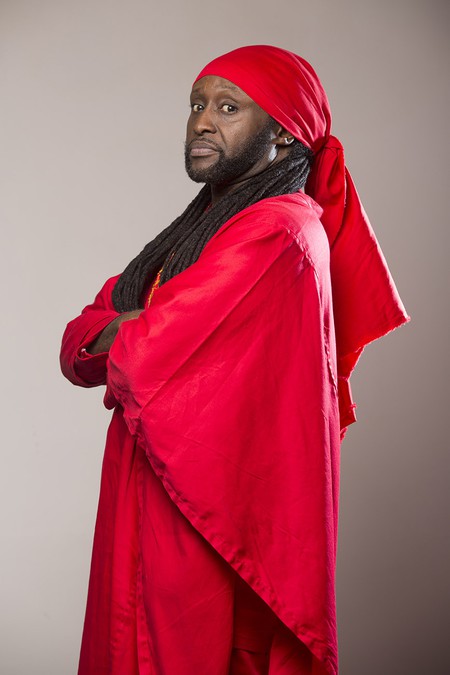 Rockstone recognises that the domino effect that got him where he is today would be rather less possible in these modern times, but says that a new frontier in the musical world has been breached. ‘Modern tech has brought it all fast forward today; YouTube and all. Kids got studios in their houses, and phones, today. Not complaining, no. Young folks do as young folks do.’ And not that he thinks all of it is particularly inspiring. ‘Not all the styles get my attention, but I definitely respect all, and get it. Mumble rap gets on my African nerves, but I get it.’

Of the new generation coming up, he name checks M.anifest, Shatta Wale and Samini Stone, and also a sixteen-year-old newcomer to watch called Miyaki. In terms of his own future, he still has some collaborators in mind, a wonderfully eclectic bunch, from Jamiroquai to Missy Elliot to fellow sound pioneer Kanye West, as well as Mos Def and his ‘brothers from Naija’, (Nigeria) whose music also inspires him.

Born of an era with far less calculation for success, when music came from a deep love of the sound, and it was up to providence and the sound itself to see where it landed you and who it connected you with, Rockstone still has the air of a man who doesn’t make grand plans, only puts himself out there and makes addictive new music, such as the recent massive club hit ‘Skolo’. ‘I will build with anyone who I connect with musically,’ he says. We don’t doubt it, and can’t wait to see what this pioneer does next.