How to Navigate Transport in Ghana 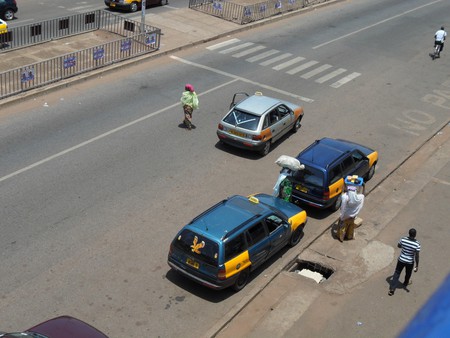 Be it urban, rural-urban or rural flow, road transport accounts for an estimated 96 percent of the passenger and freight traffic over the vast plain landscape of Ghana, extending inland from the Atlantic coast. The major means to navigate are trotro (minibus), okada (motorcycle), private taxis, intercity buses, and domestic flights.

Ghana is generally a low relief country, except in the eastern parts where the Akwapim-Togo mountain ranges stand proud. With the urbanization rate and the vehicle-to-population ratio increasing steadily in the coastal savanna—the Volta Delta, Accra Plains, and the Akan lowlands all the way up north—and with exports on the rise, there is growing pressure on the transport infrastructure. Rail transport is almost defunct and adds little to the 97 percent of passenger miles that road commuting handles. The following are the best ways to navigate around Ghana. 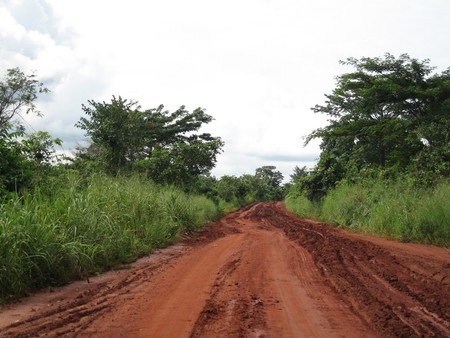 Motorcycle taxis, or okadas are commonly used in Ghana and other West African countries, including Togo (where they’re called oléyia), Benin (zémidjans) and Nigeria, where the name originated (borrowed from Okada Air, a former Nigerian domestic airline). Despite several attempts by the authorities to discourage the business, passengers still condone the commercial motor taxis which meander through the thickest traffic jams and carry people to and from rural areas.

The three northern regions of Ghana are where motorcycles are used the most. Passengers and some parliamentarians are calling on authorities to not ban the use but rather focus on regulating the activities of okada riders.

Local tip: To ensure safety, be sure that your okada rider has helmets for two. 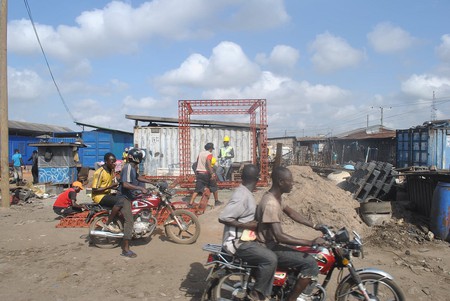 A trotro is a minivan that holds from 16 to 24 people. Trotros travel almost every bit of road system in Ghana, and usually have particular stops which the conductor mentions while the vehicle is on the move. Trotros have main pick-up points, that is the trotro stations, but sometimes run and fill up on the routes. The trotro system is a valuable link in road transportation for urban and smaller towns or villages.

Local tip: Keep some change handy to pay for your journey, as sometimes, drivers might not be able to break big notes and change can be hard to come by. 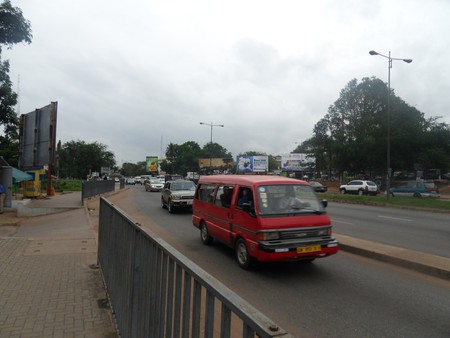 Taxis in Ghana are operated by individuals mostly, with a few private companies. They have yellow on the fenders and other colors like ash, wine, black, or blue covering the rest of the saloon car. A full private taxi would be carry four people at a time. They operate along most of the main and small roads, and are slightly costlier than trotros but are more comfortable and make fewer stops, and as a result reach their destinations faster. The term ‘dropping’ is used for the personal booking of taxis in Ghana.

Local tip: It’s OK to haggle on a price when using taxis in the case of dropping, otherwise they have fixed rates for regular routes.

Local tip: It’s better to book in advance, especially on the more popular routes. On Sundays, buses run less frequently. You’ll be charged for luggage, and a small tip will be expected for loading.

Each domestic airline has its hub in Accra, and flies to Kumasi, Tamale, Takoradi, Sunyani and a few other capital cities, though charter services are available to other locations. Reservations can be made online, and at the airport with cash. Antrak, Africa World Airlines (AWA) and Starbow are the most popular operators. Other companies include Fly 5400 and City Link. 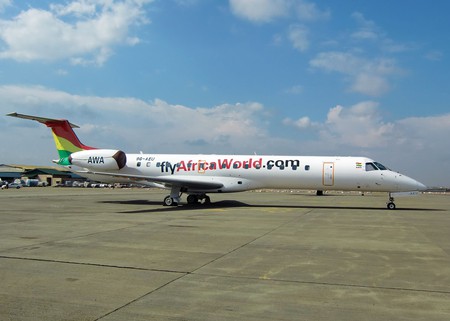 Mobile applications available on Google PlayStore or the iPhone App Store connect commuters on the internet to book taxis and estimate the costs in Ghana. The available transport apps have enabled global payment security encryptions to ensure safe and reliable trips. Among these are Uber, Cool Ride, Taxify, and Uru Travel, which has a package for SUV/V8 rental companies.