How Kente Cloth Has Been Unifying Two Ghanaian Tribes 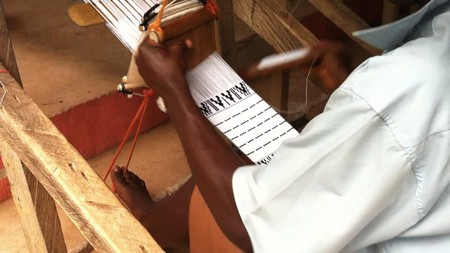 Kente is the most celebrated, richly variegated, and important of all the textiles made in Ghana. The intricate-geometric shapes, labyrinthine symbols, texture, and scintillating colours have given kente the glamorous appeal and popularity in most parts of the world and locally, it has been a historical tool bonding two formidable groups who weave it: the Ashantis and Ewes. 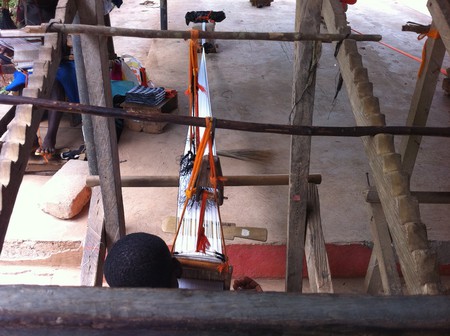 This African Pattern is More Than Just a Fashion Statement

Kente weaving has its background intertwined with Ashanti history, more specifically in a suburb of the Ashanti kingdom called Bonwire. There’s a folk story about two brothers adapting the technique of the spider and making web-like yarns which would develop with time into the interwoven silk and cotton fabric.

On another hand, Ewe oral history says that Ashanti warriors captured their kente experts; Agbamevor, and learned the process involving the “ke” meaning open (in reference to the loom), to input the waft, and “te” meaning clamp in Ewe. 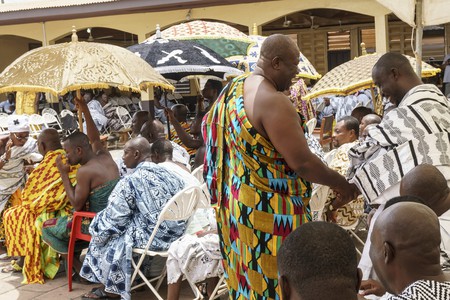 Elders at a gathering adorned in Kente | © Dan Sloan

Outside the fashion world, kente presently stands as a visual representation of history as it captures folk stories, philosophy, belief systems, and spiritual connotations passed on from generation to generation ever since the hand-loom strip weaving culture was invented.

A Tale of Two Tribes

Ewe people occupy Volta Region, in Southeastern Ghana next to Togo. Meanwhile, the Ashanti settlement is in the middle sector of Ghana, sandwiched by the Brong Ahafo, Eastern, Western, Central, and Volta regions. There’s always been a lot of inter-tribal movement due to trade, co-habitation, agriculture, and traditional fraternization in Ghana. The two cultures continue to have connections even today.

The Ashantis have been allies of the Anlos for military and political purposes (an example is a coalition dating back to the mid 1750s). Historically, the Ashantis have been described as a feud-loving group who have used wars to expand their territory. However, there are no records whatsoever of any major wars with the Ewes. There has always been a nexus of contact in pre and post-republic Ghana. Since the Ashanti space has a wealth of minerals and Volta is a mine for fresh fish and salt, there is an endless availability of commodities for exchange. 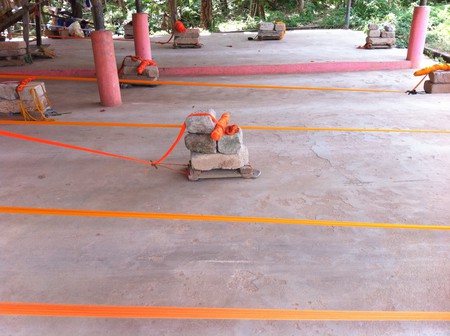 Currently, kente is normally worn during traditional festivals, community ceremonies, and weddings as a sign of wealth, pride of identity, authenticity, and cultural sophistication. It has found its way on the international market as the fabric and sometimes the design patterns have been applied to several high-end apparels. To the rest of the world, kente is that radiantly-beautiful African cloth but to Ghanaians, kente is read like an instruction manual and significantly celebrated as a common adapter that connects the Ashantis and Ewes. 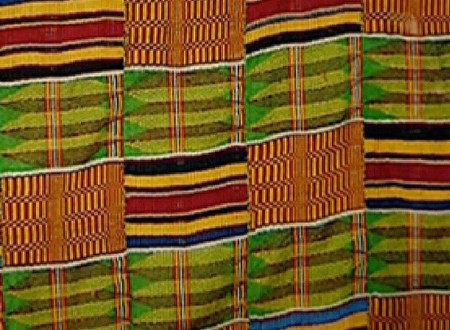