Ghana's Top Festivals to Add to Your Bucket List 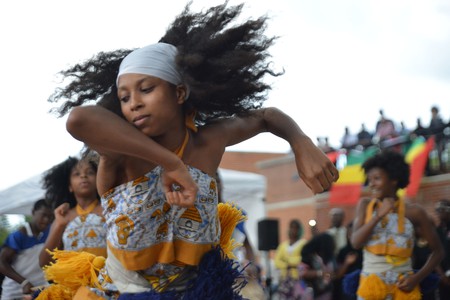 There are intriguing festivals all year round in Ghana that you should experience at least once in your lifetime. Traditional festivals erupt with remarkable cultural and historical propensity. Art, food and music festivals come with creative dynamism, outstanding street tastes, and exciting rare rhythms! Here are our top picks.

There are about 70 major annual traditional festivals in Ghana, celebrated either to memorialize harvest seasons (the most common type, usually after the rainy season), migration or territory expansion history, stool cleansing and more. Such events consecrate family and communal bonds, while extolling the colourful cultures and instilling spirituality of the people.

Homowo is one of the grandest festivals in Ghana and it happens right in the capital, Accra, every year in May. Its history is one of a season of despair due to famine, which was eventually followed by a bumper harvest of plant food and fish, as such homowo – refering to the act of ‘hooting at hunger’. The chiefs of the Ga Traditional space sprinkle kpokpoi; a special dish preparedin the streets, made from cornmeal and palm oil. There is folk singing, libation pouring and litanies said to the gods for another sound season. 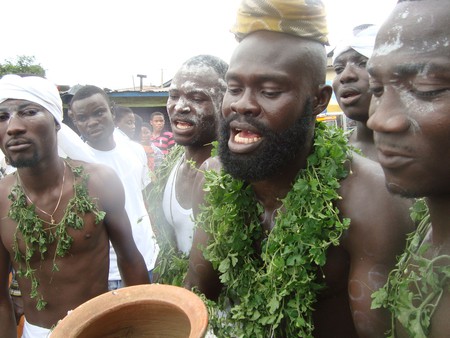 Effutu-Winneba people observe Aboakyir, literally meaning ‘game catching’, every first Saturday in the month of May. Two Asafo groups, Tuafo and Denkyefo, go on a procession into the forest for a competitive deer hunt (formerly a leopard hunt), after which rituals are done to pacify the gods This is followed by a grand durbar with the chiefs, queen mothers and elders to vivify the ceremonial and cultural experience.

Bakatue, celebrated by the people of Elmina, symbolizes the ‘process of discharge’ as the Benya Lagoon becomes one with the sea to commence the fishing season. There are a lot of activities significant of honouring the deities – who are the agencies of reinforcement of the fishing community. One is the ‘net casting’ ceremony, where the catch is offered to the gods. It is celebrated annually in Elmina on the first Tuesday in July. A splashy durbar of chiefs and people amid drumming and dancing, as well as a hued display of canoes on the lagoon mark the celebrations. 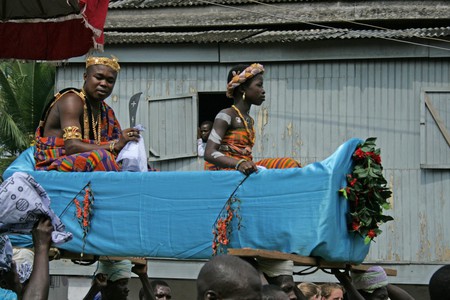 From the end of July to early August, the people of Ada in the eastern parts of the Greater Accra region commemorate victories and defeats in past clashes with Asafotufiam. Also, to usher in the harvest season, ceremonial formalities are observed. There is a mock battle performance with elegant costumes, stool cleansing rituals and libation, durbars amid processions with chiefs in palanquins, and music and dance involving men and women adorned in variegated beads.

Visit Fetu Afahye in early September in Cape Coast for the unique durbar and warrior group (asafo) processions. Ritual functions are observed such as libation and slaughter of livestock, to show appreciation to the 77 deities in the area. Just like in the Ga Traditional area, there is a ban on drumming, music and noise-making prior to the occasion. Also, fishing in the Fosu lagoon is paused. Alongside drumming and dancing by women, there are men and children clad in kente, gold ornaments and processions by chiefs and elders in palanquins bearing large umbrellas and scepters on the grand days. The Amuntumadeze (health day) and Adamma (rituals day) are also observed.

The Anlo Ewes escaped from the reign of terror by ruler Agorkoli to Notsie by walking backwards to evade their pursuers. To commemorate this exodus, Hogbetsotso is celebrated every September. It is also a peace-making opportunity to resolve qualms, aside stool purification and environmental sanitation exercises.

Akwasidae – Once every six weeks

Manhyia Palace opens its doors to all and sundry during the special Sunday cultural experience called Akwasidae. The Ashanti kingdom boasts of intricately structured customs to strengthen the bonds among queen mothers, chiefs, sub-chiefs, elders and the people. The palanquin lift goes with horn sounds and fontomfrom thumps, and the kete or adowa dancing makes the colourfully adorned kente with gold trinkets an intriguing spectacle. 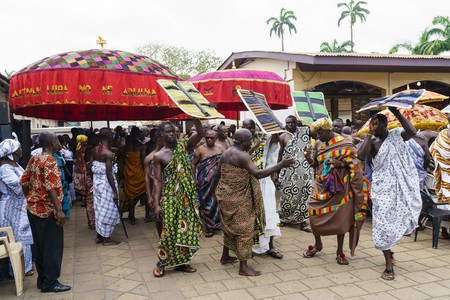 The vibrant CHALE WOTE Street Art Festival, which gathered over 30,000 people last year, marks exchanges between Ghana-based artists/educators and international cronies in Accra’s streets. The multi-disciplinary community-based experience takes place in Jamestown; one of Accra’s most historic communities used as a port for movement, sales and confinement during days of exploitation and systematization of colonialism. It is such a refreshing, alternative platform to reconnect with intuitive concepts engineered for free form call-and-response expressions through performance, conversations and extensions of culture. The seventh annual CHALE WOTE Street Art Festival takes place in Accra, Ghana from August 14th to 20th, 2017 on the theme: Wata Mata, the final installment of the trilogy (others being African Electronics and Spirit Robot).

Sabolai is the must-experience African indie music showcase which happens annually in Accra every December. There’s the best of original music from the mainstream and alternative scene, the contemporary scape to traditional tableau, fusions and non-conventional streams. 2017 is its eighth year, and we look forward to jam at the centre of the earth with you.

Nkabom Literary Festival goes out to network poets, novelists and spoken word artists with photographers, DJs, painters, illustrators, theatre artists, musicians, etc; with the inter-weaving of diverse content magnifying the perimeters that literature in commonplace is thought to accomplish. This year, the theme is ‘Unscrambling Africa’ and it runs in Accra from August 23rd to 26th. 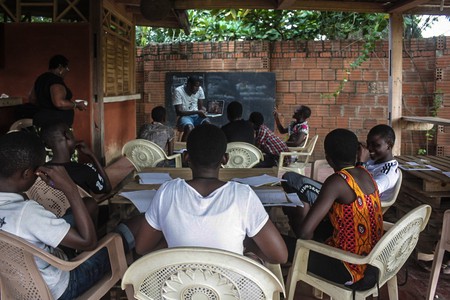 Food lovers from Accra and worldwide meet to check out the mouth-watering plates in variegated tasting tents for affordable prices. Traditional and non-traditional cuisines serve the best of food and drinks from Ghana and other parts of the world in a pleasant ambiance. In its fourth year running, Accra’s kid-friendly festival promises to be a gastronomic paradise on September 23rd and 24th, 2017 from 11am to 7pm.

Pan-African Festival of Art and Culture showcases aspects historical and cultural legacy and endowment. PANAFEST was started by the late Efua Sutherland in the mid 1980s as a project to influence homecoming for Africans all around the world. Roy ‘Gramps’ Morgan, a leading member of US-based family reggae group Morgan Heritage, was made an Ambassador of the 2017 Pan-African Historical Theatre Festival on May 23rd. 2017’s edition which marks the 25th anniversary starts on July 25th.

Dance Session at PANAFEST 2015 | © S Pakhrin / Flickr
Give us feedback