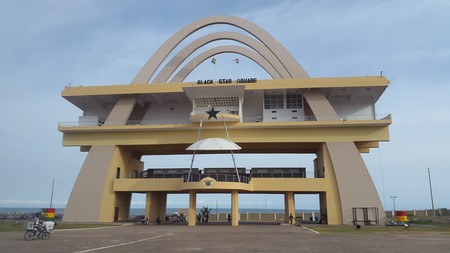 Ghana has a wide variety of geographically and historically situated structures. Sprinkled throughout the ten regions of the country are several of these impressive buildings, embodying statements as part of the universal language of traditional and modern architecture – here’s your ultimate guide.

In the town of Larabanga in northern Ghana, the Sudanese architectural inspiration Larabanga Mosque stands as the oldest religious structure in the country and one of the oldest in West Africa, leading some to dub it the Mecca of West Africa. 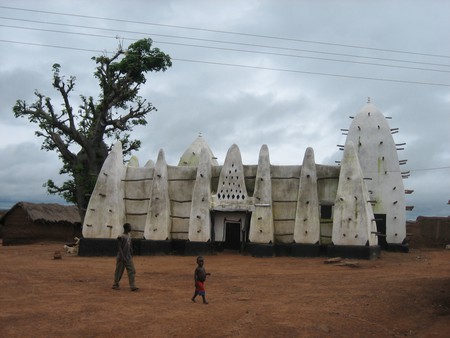 Having trained in London, architect Lesley Lokko thought that transferring her skills and technical know-how to West Africa would be easy. Long story short, she managed to put up an outstanding home with the help of a seventy-something year-old foreman, a Swiss Ghanaian contractor, and an architect friend.

After Ghana gained independence, Kenneth Scott built the Scott House in North Ridge and a residence for President Nkrumah in the midst of Akosombo’s green environment. His designs fit in with the country’s picturesque natural landscape, where a glazed façade or fixed casement window with an open view blurs the boundary between outdoor and indoor spaces, giving meaning to the aesthetics of geometry.

Labour limitations, lack of availability of materials, environmental conditions, and being ready to adapt the original design are factors that affect material use in Ghanaian architecture. Concrete-block housing made with imported English Portland cement have become the normal trend. Haduwa‘s spatial design was created by a group of foreign affairs students based at the University of Applied Arts in Vienna, in partnership with performing artists of Lab DC from the University of Ghana and fishermen, carpenters and market women from Apam. 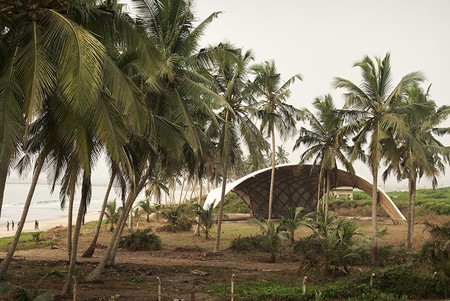 The Architects’ Council of Ghana have complained over the years about how Ghanaians prefer to employ the services of architects based outside the country, mostly from European countries but also from South Africa, the UK, and the USA. Innonative House in Accra is one of the breathtaking inventions of Joe Osae-Addo, a renowned Ghanaian architect. He once noted that “it is not about edifice, but rather harnessing the elements: trees, wind, sun, and water, to create harmony, not the perfection that modernism craves so much.”

While the new school of Ghanaian architecture looks to promote research into new technologies and standards in building and construction, and to enforce formulation of policies for the enhancement of architectural practice, the old school produced eye candy such as Balme Library in Accra, voted by Buzzfeed as one of the top 49 breathtaking libraries from all over the world. 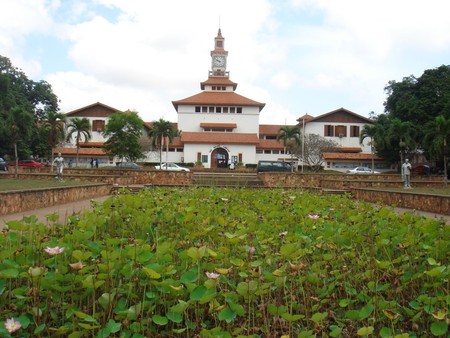 There are cultural symbols and environmentally sustainable aspects of architecture and design which connect human activities to aesthetic concepts. The architecture of Manhyia in Kumasi is from building plans carried out by the Kingdom of Asante in the early 1900s . Both floors of the two-storey building have open verandas, giving a view of the surrounding area. 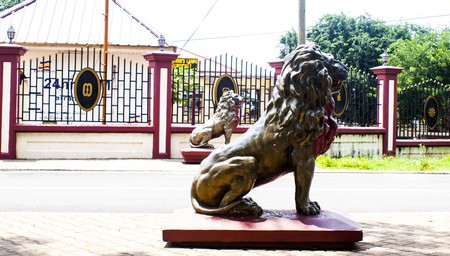 Black Star Square and the Ghana Collection space at George Padmore Library are some of the few remarkable post-independence structures. The square, which is fenced off by the Accra Sports Stadium and the Kwame Nkrumah Memorial Park, is the second-largest city square in the world after Tiananmen Square in China.

Not really a building but more a sculptural prototype, the alluring coconut building panels by doctoral candidate Mae-Ling Lokko in her project ‘The Upcycling Pavilion’ are worth noting. “People have been amazed that coconut, which is a material they think they know, can be used as a structural material, a brick, something that feels stronger than plywood, something that has resistance and strength,” Demetrios Comodromos, a professor of practice in the School of Architecture at Rensselaer Polytechnic Institute told MeshTV.